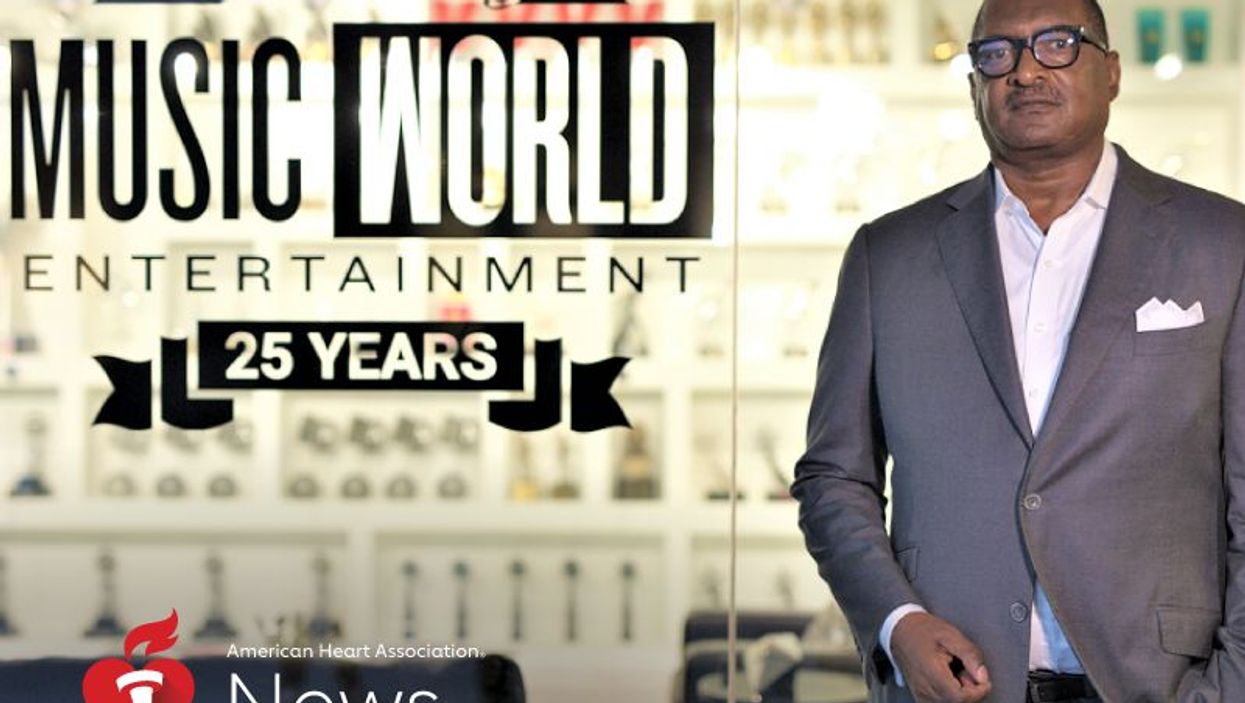 Mathew Knowles at his office. He’s been diagnosed with breast cancer and a genetic mutation that puts him at risk for other cancers. Photo: Anzola Media
HealthDay News

WEDNESDAY, Oct. 2, 2019 (American Heart Association News) -- Entertainment executive Mathew Knowles has fought off breast cancer via a mastectomy and is planning another because testing uncovered a genetic mutation with potentially life-altering ramifications for himself and his family.

Knowles said the cancer appeared in July, leading to the discovery of a mutation in one of the so-called "breast cancer genes," specifically BRCA2.

Because Knowles has the mutation, each of his children – including his daughters Beyoncé and Solange – has a 50% chance of having it. If any females have it, their risks increase sharply for breast cancer and ovarian cancer.

Aggressive, proactive response to the risks associated with this genetic mutation became part of the national conversation years ago when actress Angelina Jolie learned that she had the BRCA1 mutation and opted for a preventive double mastectomy. She then had her ovaries and fallopian tubes removed to guard against ovarian cancer.

As a longtime volunteer for the American Heart Association, Knowles knew he was fighting more than cancer, the No. 2 killer of Americans. Cancer patients can experience cardiac complications related to treatments such as chemotherapy and radiation or as a result of the hormonal changes that follow procedures such as removal of the ovaries.

His relationship with the AHA is why he chose to reveal what he's been through with American Heart Association News, along with his public disclosure Wednesday on "Good Morning America."

Knowles – who managed supergroup Destiny's Child and co-wrote their hit song "Survivor" – is sharing his story to draw attention to the links between heart disease and cancer as well as other powerful messages:

"I don't want people to be worried – I want them to be proactive," said Knowles, adding that he especially hopes his story resonates among African Americans, who face numerous disparities in health and proper care. "The sooner you address it, the better you have a chance of having a normal lifestyle and living a normal life."

So far, so good for Knowles. He's lost 15 pounds by exercising more, watching what he eats and drinking less alcohol. He's taking medicine to control his blood pressure and meditating to manage stress.

At 67, he understands that prioritizing his health lets him enjoy a full life. In the coming months, he'll be releasing a book, album and musical about Destiny's Child. He also teaches a weekly class in sports, event and entertainment marketing at Prairie View A&M University in Texas.

"What is quality of life?" Knowles said. "It's not just money. It starts with health."

His medical journey began one night when he noticed a red dot on his white undershirt. He saw it again the next night. It went away for a few days, then returned. He realized it was always near his right nipple. He mentioned it to his wife, and she said she'd recently seen red spots on their bedsheets.

Knowles squeezed his right nipple and out came a glob of blood. After thinking through other scenarios, he wondered if breast cancer was a possibility. In addition to his family history, it was top of mind because his wife's sister died of it in January and his wife's mom is battling it.

The next day Knowles saw his internist, Dr. James Muntz, who sent a sample for further testing. The lab work prompted a mammogram, which found a stage 1A tumor. He became among the mere 2,000 or so men in the country likely to be diagnosed with breast cancer this year.

Because only 0.1% of men develop breast cancer but up to 10% of men with a BRCA mutation develop it, doctors often recommend male breast cancer patients undergo a simple blood test to check for those mutations.

"Ten percent is not high in general, but it's astronomically higher – up to 100 times – than for someone who doesn't have the mutation," said Dr. Susan Domchek, executive director of the Basser Center for BRCA at Penn Medicine's Abramson Cancer Center, the world's first comprehensive center aimed at advancing research, treatment and prevention of BRCA-related cancers. She's also part of Knowles' medical team.

Knowles has elected to have a second mastectomy in January to eliminate any chance of cancer in his left breast. His risks also are elevated for cancers in his prostate, skin and pancreas. Further testing and monitoring are ongoing.

Meanwhile, research is underway to determine which side of his family the mutation comes from. Relatives from the affected side will get advice about what to do next.

"I have let both Beyoncé and Solange be aware and know what's required," Knowles said. "They proudly do routine screening. … Fortunately, my daughters have a wonderful team of experts that have certainly been vigilant in making sure and ensuring that they're OK."