See What HealthDay Can Do For You
Contact Us
June 3, 2018 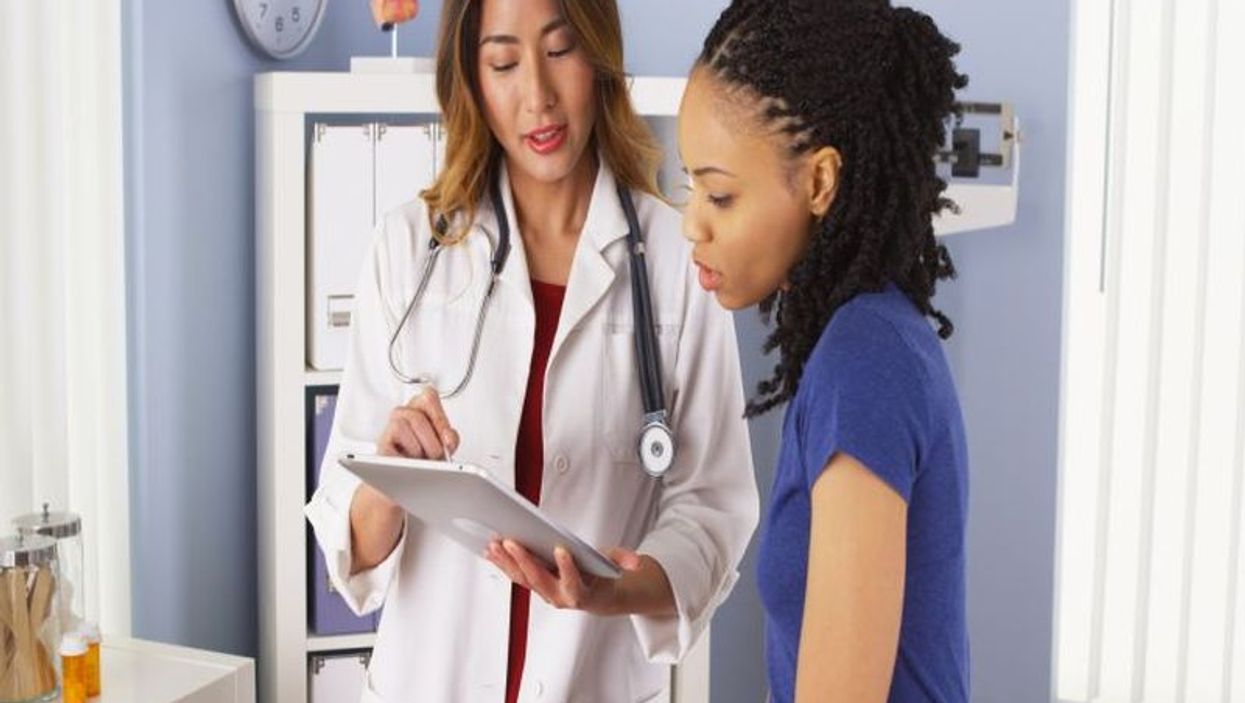 SUNDAY, June 3, 2018 (HealthDay News) -- A majority of women with an early form of a common breast cancer may be able to skip chemotherapy, depending on the results of a comprehensive gene test.

The new study of nearly 7,000 women found that use of the already available Oncotype DX gene test could pinpoint those women who needed chemotherapy, and those who did not.

The women had a specific type of breast tumor known as "hormone receptor-positive, HER2-negative, and axillary node-negative."

The findings could be a game-changer in breast cancer care, researchers and experts said.

"Our study shows that chemotherapy may be avoided in about 70 percent of these women when its use is guided by the test, thus limiting chemotherapy to the 30 percent who we can predict will benefit from it," Sparano said in a news release from the American Society of Clinical Oncology (ASCO).

His team is scheduled to present the study findings Sunday at the ASCO annual meeting, in Chicago, and the study is also being published simultaneously in the New England Journal of Medicine.

One oncologist agreed that the "highly anticipated" findings could transform care.

The Oncotype DX test looks at 21 separate genes in breast tumor cells, and gives patients a "score" predicting how their cancer might progress over the next 10 years. Based on those findings, decisions are made on the need for post-surgical chemotherapy.

According to Dr. Stephanie Bernik, chief of surgical oncology at Lenox Hill Hospital in New York City, "Breast surgeons and oncologists have been using the 21-gene assay for years to guide treatment after surgical excision."

For women whose tumors received a low Oncotype DX score (1-10) or a high one (26 to 100), decisions on post-surgical chemotherapy have been clear. Low scores mean women receive hormonal therapy only to keep cancer from spreading, while patients with a high score get hormonal therapy plus chemotherapy.

But prior to the new trial, "there was uncertainty about the best treatment for women with a mid-range score of 11-25," Sparano explained. "The trial was designed to address this question, and provides a very definitive answer."

The result: After an average follow-up of 7.5 years, the researchers saw no added benefit in this group to adding chemotherapy to the treatment mix. There was no benefit in terms of overall survival, disease-free survival, or cancer spread beyond the breast.

There was some benefit from the chemotherapy for a small subgroup -- women with a score of 16 to 25 who were age 50 or younger, Sparano's team said.

In a separate analysis, hormonal therapy alone did seem very effective in deterring the spread of cancer for women with an Oncotype score of 10 or below. And for those with scores of 26 or above, 13 percent went on to develop metastatic cancer despite receiving both hormonal treatment and chemotherapy, the team said.

Based on all this, Sparano's team concluded that chemotherapy is now unwarranted in women over 50 with this type of breast cancer who have an Oncotype score under 26. That comprises about 85 percent of women with breast cancer in this age group, the researchers noted.

For women 50 or younger, chemotherapy is unwarranted for those with an Oncotype score under 16 -- about 40 percent of breast cancers in this age group, the researchers said.

"When someone had an intermediate score, it was hard to decide whether or not to proceed with chemotherapy," Bernik said. "Now that we know many of these women can safely avoid chemotherapy, we can spare them the physical and emotional effects that chemotherapy can have."