Worry about recurrence drives decision, experts say, but majority have low risk of cancer in the healthy breast 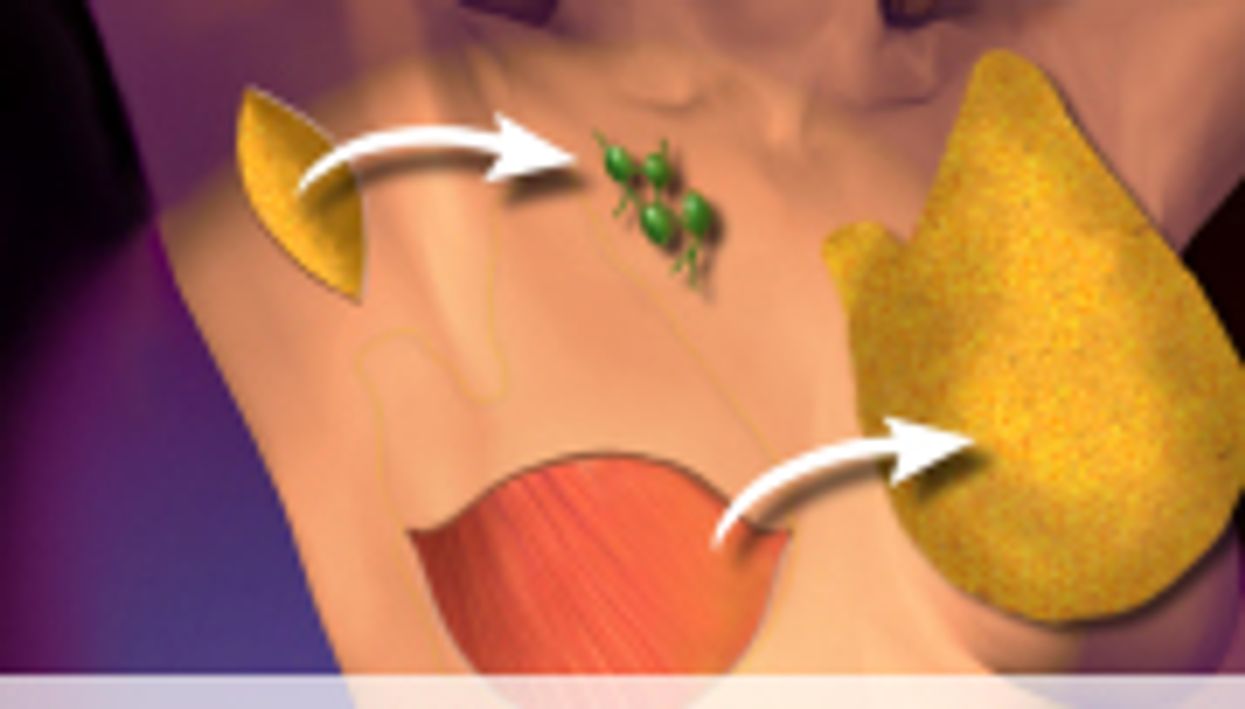 TUESDAY, Nov. 27, 2012 (HealthDay News) -- Almost 70 percent of women with breast cancer who choose to have both breasts removed as a precaution actually have a low risk of developing cancer in the healthy breast, a new study finds.

Worry about recurrence -- which is understandable -- typically drives the decision to have the opposite breast removed, said study author Dr. Sarah Hawley, an associate professor of internal medicine at the University of Michigan Health System in Ann Arbor. The procedure is called a contralateral prophylactic mastectomy (CPM).

The risk of a new cancer in the healthy breast is less than 1 percent for most women, Hawley explained, while the risk of cancer coming back in the same breast or nearby lymph nodes is 8 percent.

Hawley's team surveyed nearly 1,500 women who had been treated for breast cancer and had not had a recurrence after four years. Of those, 35 percent had considered CPM and 7 percent had the surgery to remove both breasts. When they looked only at the women who had a mastectomy to treat their cancer, nearly one in five chose to have both breasts removed.

Yet, 70 percent of the women who underwent CPM actually had a very low risk of developing breast cancer in the healthy breast.

Hawley is scheduled to present the findings Friday at the American Society of Clinical Oncology's Quality Care Symposium, in San Diego.

The CPM procedure has been increasingly requested by women with breast cancer in recent years. "The downsides of CPM are the same as those for any surgical procedure," Hawley said. Among them are risks associated with surgery, extended recovery time and any psychosocial drawback to having both breasts removed.

Overall, the rate of women who underwent CPM was low, at 7 percent. But among those who had a mastectomy in the breast with cancer, 19 percent opted to have the other breast removed.

For some women, of course, the CPM is warranted, she said. While there are no specific guidelines for who should undergo CPM, Hawley said the Society for Surgical Oncology recommends it be considered in certain women, such as those with a BRCA1, BRCA2 or other gene mutations known to raise breast cancer risk, along with those who have a family history.

"The new study confirms the trend we all know exists," said Dr. Isabelle Bedrosian, an associate professor of surgical oncology at the University of Texas M.D. Anderson Cancer Center, in Houston.

"Taking off the opposite healthy breast has absolutely no bearing on the survival from the current cancer," Bedrosian said. "Breast cancer does not spread from one breast to another," she added.

"What this study shows is we [doctors] still need to do a better job of informing. We are not doing a good job of informing these women. Fear is real. The best way to counter fear is with information," Bedrosian pointed out.

"If they are doing [CPM] to reduce the chances of breast cancer in the opposite breast, the chances are very low," Bedrosian said. "And for most women, we should be able to quantify what 'low' is."