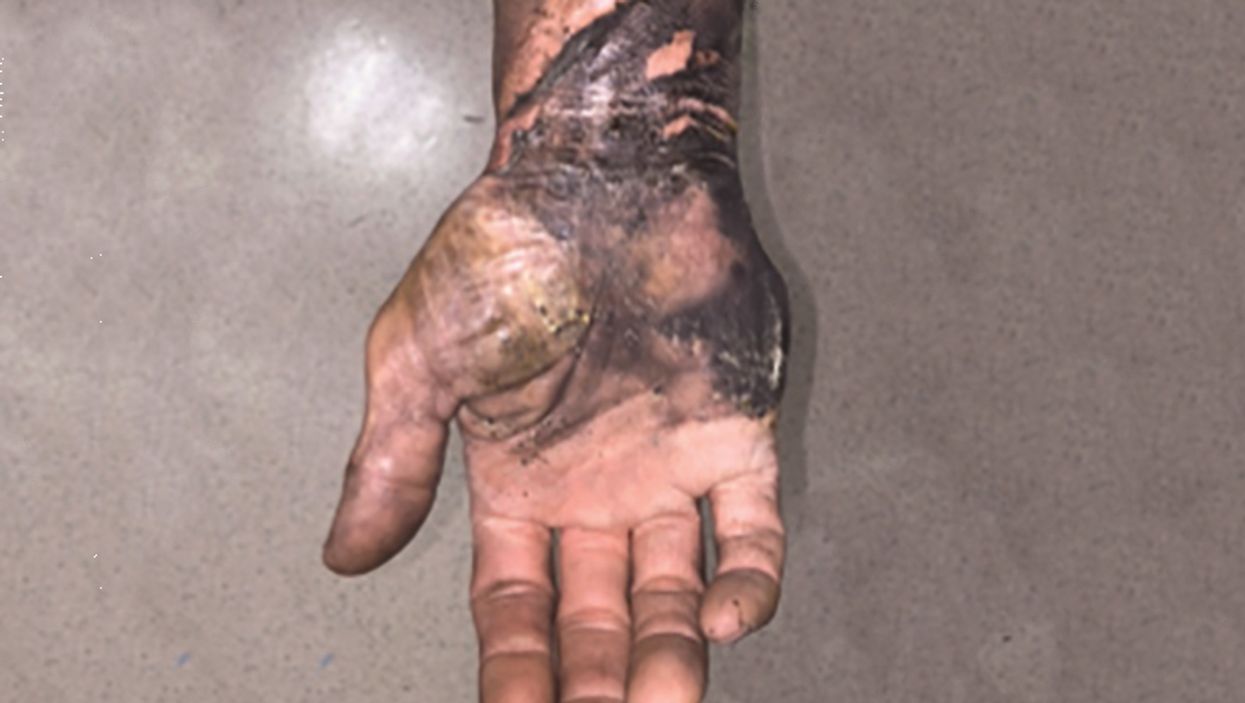 WEDNESDAY, Oct. 5, 2016 (HealthDay News) -- E-cigarette devices are randomly and unexpectedly exploding, burning and maiming people unlucky enough to be near them when they detonate, researchers report.

The University of Washington Regional Burn Center in Seattle has treated 22 people for burns and other injuries caused by exploding e-cigarettes since October 2015, said Dr. Elisha Brownson, a burn/critical care surgical fellow at the hospital.

"Once we realized this was a trend at our center, we felt the need to get the word out," Brownson said. "We want consumers to know this is a risk."

Brownson is lead author of a letter outlining the problem in the Oct. 6 issue of the New England Journal of Medicine.

The explosions are caused by powerful lithium-ion batteries used in e-cigarettes, Brownson said. These rechargeable batteries charge a heating coil that brings liquid nicotine and flavorings to the boiling point inside the device, creating an inhalable vapor.

Batteries in some of the devices are overheating, causing a fire or an explosion, she said.

The first Seattle case Brownson treated was a man in his 20s using an e-cigarette while driving. The device exploded in his mouth, blowing out several front teeth.

She said she has since treated a variety of burns and blast injuries caused by e-cigarettes, including patients with flame burns covering 10 percent to 15 percent of their total body surface.

"We see a lot of patients who have burns on their thigh and their hands. That's when the device has exploded in their pocket, and they're using their hands to get the device out and away from them," Brownson said.

"There also have been a lot of injuries to the hands and face when people have had explosions as they've been using them," Brownson continued. "Patients tell us they had no idea this could happen. They've had little to no warning that the device is going to explode."

Vapers are not the only ones harmed. One case involved a 2-year-old boy whose arm was burned by bedsheets set on fire by his parent's exploding e-cigarette, Brownson said.

The American Vaping Association responded that e-cigarettes pose no more fire risk than other devices that rely on lithium-ion batteries, such as cellphones or laptops, as long as users charge and store them properly.

"Had the [report] authors wanted to give a complete picture rather than just stoke fears, they would have recapped other battery-related injuries to demonstrate that this isn't a problem that is unique to vapor products," said Gregory Conley, president of the American Vaping Association.

The U.S. Food and Drug Administration earlier this year extended its authority over tobacco products to include e-cigarettes. Manufacturers have two years to submit nearly all products on the market for FDA review.

For now, there are no set manufacturing standards for the devices, Brownson said. Some batteries may be substandard, or may come with faulty charging devices.

In addition, some users tamper with the batteries to produce more voltage, which overheats the liquid in e-cigarettes and produces a stronger hit of nicotine, said Erika Sward, assistant vice president of national advocacy for the American Lung Association.

"We're hopeful the FDA starting to regulate these devices will help," Brownson said. "Until the regulations can be enforced, we expect that we will continue to see these injuries."

However, Sward said, it's possible Congress will protect e-cigarettes already on the market from FDA review.

The House of Representatives has passed a funding bill for the agency containing a rider that would "grandfather" all existing products, Sward said. The rider will be reviewed in December when Congress resolves its budget bills.

The letter written by Brownson and her colleagues focused on e-cigarette explosion injuries at the University of Washington Regional Burn Center between October 2015 and June 2016.

Since June, another seven patients have arrived at the burn center with injuries from e-cigarette explosions, Brownson said.

The problem isn't limited to Seattle, however.

A 14-year-old girl on an amusement park ride in Orlando, Fla., sustained burns on her face, arm and leg this week when an e-cigarette blew up in another rider's pocket, the Associated Press reported.

Other reported injuries include a Colorado Springs man who sustained a broken neck, shattered teeth, facial fractures and mouth burns when an e-cigarette exploded in his face, according to the AP.

"The issue of exploding e-cigarettes really does underscore why the FDA's review of all of the products now on the market is so important," Sward said.

The U.S. government is aware of the potential for fire, and has banned e-cigarettes from checked airline luggage.

For more on e-cigarettes, visit the U.S. Food and Drug Administration.