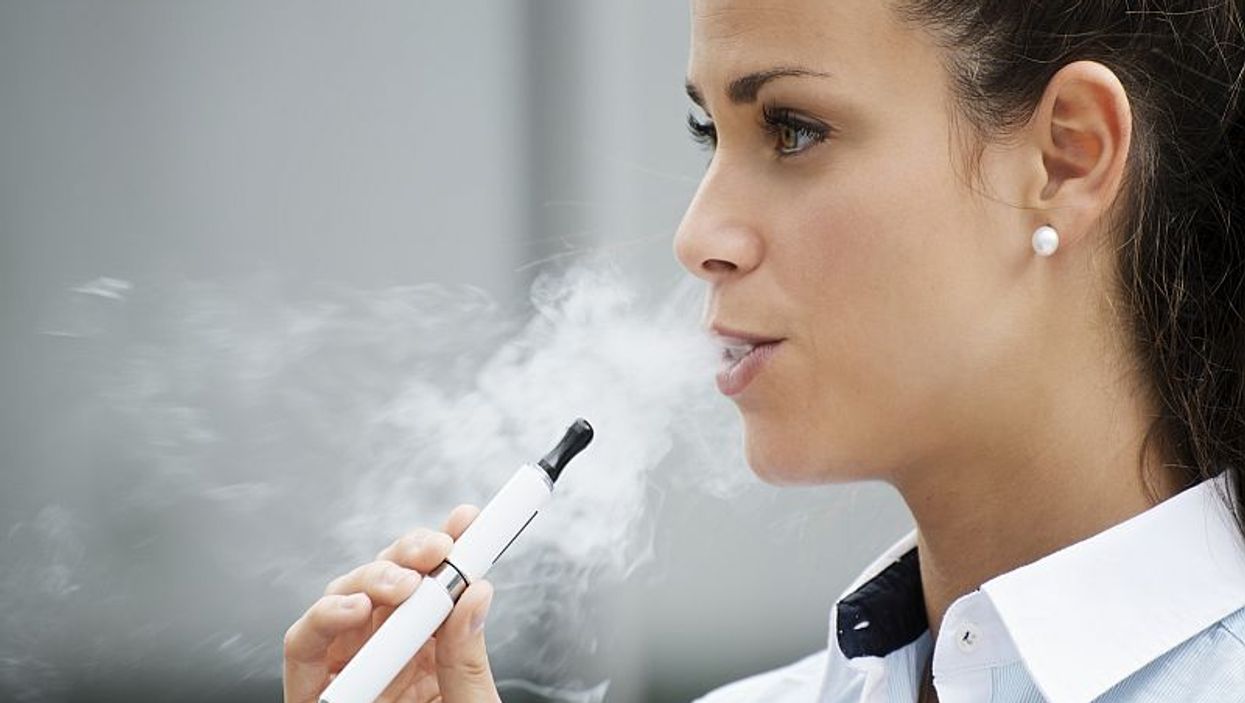 The toxins contained in e-cigarette vapor irritate and inflame cells lining the airways, and could cause or exacerbate breathing problems in some people, said senior researcher Maciej Goniewicz. He is an assistant professor of oncology at Roswell Park Cancer Institute in Buffalo, N.Y.

"Our findings raise some concerns about the safety of additives used in e-cigarettes," Goniewicz said.

In the study, Goniewicz and his colleagues exposed airway cells to vapor generated from e-cigarettes.

The researchers evaluated e-cigs filled with different flavors, including tobacco, pina colada, menthol, coffee and strawberry. They also tested the vapor generated from different battery output voltages. Users can increase the voltage of e-cigarettes to get a bigger hit of nicotine when they inhale.

Even unflavored e-cigarette vapor contains ingredients that are harmful to cells in air passages, but adding flavors appears to increase their toxicity, Goniewicz said.

"That's a big issue, because one of the things the American Lung Association is concerned about is the marketing of e-cigarettes to children through the use of flavors," he said. "The stuff they're adding to e-cigarettes to attract teenage buyers turns out to be more toxic."

The study authors also found that the amount of power used to heat the liquid in e-cigarettes can affect toxicity.

"We actually expected this finding," Goniewicz said. "We have previously showed that increasing voltage of an e-cigarette leads to higher temperature of the device. That may cause degradation of some ingredients in e-cigarettes and release of significant amounts of toxic compounds."

"That's one of the things these kids do. They adapt and play with them to turn up the voltage to get a bigger nicotine hit," he said.

"Just as the results of studies on animals often do not predict clinical effects in humans, the same is true of cell toxicity studies," Conley said.

The study findings were published online recently in the journal Tobacco Control.

Earlier this year, the U.S. Food and Drug Administration extended its authority over tobacco products to include e-cigarettes. The agency banned sales to minors, and ordered all manufacturers to submit their products for safety review within two years.

However, the FDA did not ban the use of flavorings in e-cigarettes as it has done with traditional tobacco cigarettes, a move the American Lung Association is pushing.

"The FDA now has the power to regulate e-cigarettes, and we hope they will dive in to all these issues," Edelman said.

Despite the toxicity of e-cigarette vapors, Goniewicz added that tobacco cigarettes are even more toxic.

The vaping association's Conley argued that the researchers don't make enough of this point in their paper.

"Most disturbing are the policy pronouncements that conclude the paper, all of which reveal a callous disregard for the ex-smokers who find advanced and customizable products essential to staying off cigarettes," Conley said. "The authors do not spend a single sentence questioning whether 'standardizing' vapor products will make them less appealing to smokers."

Regardless, users should be aware that e-cigarettes are not risk-free, the researchers said.

"If an e-cigarette user experiences any side effects from vaping, for example, cough or chest pain, he or she should consider changing the flavorings in the product and operating their device in lower-power settings," Goniewicz said.

The trouble, Edelman said, is that many smokers are using both regular cigarettes and e-cigarettes, pulling out their vaping device so they can get a nicotine fix in places where tobacco smoking is not allowed or is frowned upon.

"We have no idea what the long-term effects are because they [e-cigarettes] haven't been around long enough, but there's no reason to consider e-cigarettes safe," Edelman said. "Whether they're going to cause less disease than tobacco cigarettes, we'll eventually get that answer but it's going to take years."

Visit the U.S. Food and Drug Administration for more on e-cigarettes.