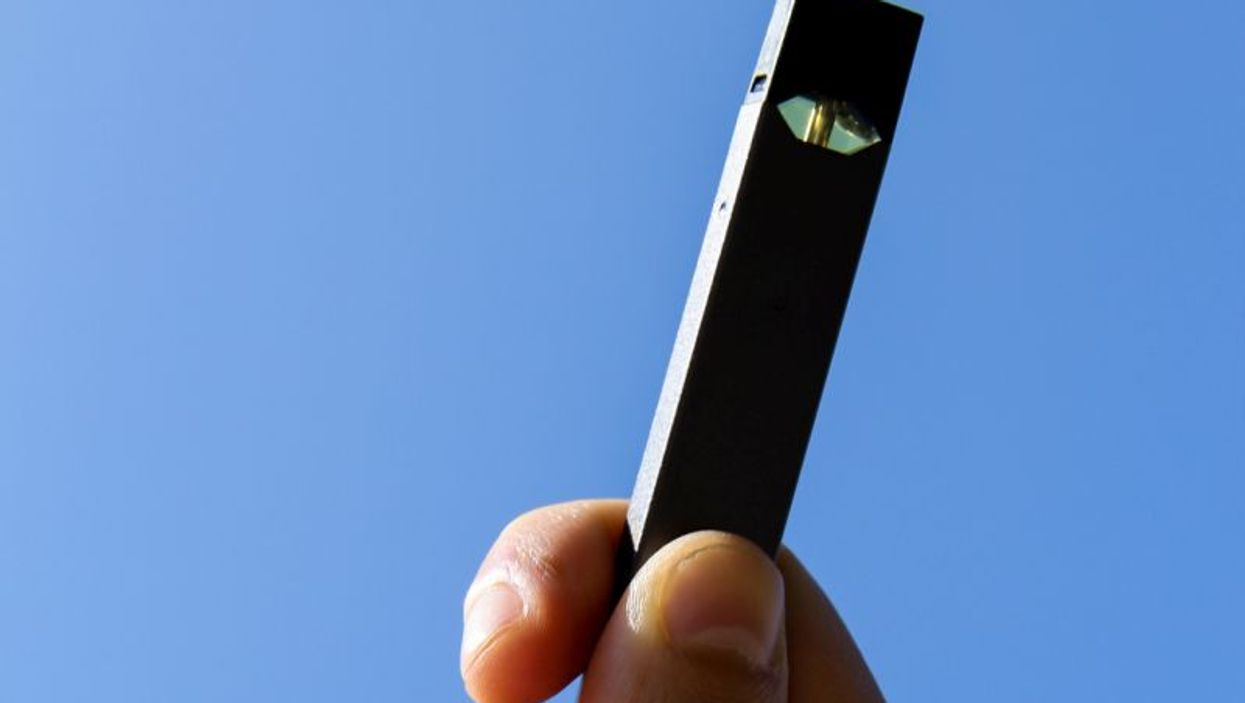 MONDAY, May 20, 2019 (HealthDay News) -- Juul became the dominant brand of e-cigarettes in the United States by targeting teens with its clever use of social media, a new study suggests.

Nearly 70% of U.S. e-cigarette sales are Juul products, and most vapers are teens and young adults. The study determined that nearly half of Juul's Twitter followers are under age 18, with the majority of followers 24 and under.

"The rise of e-cigarettes and the lack of regulation around marketing with its appeal to youth is now addicting a whole generation of youth on nicotine," said lead researcher Annice Kim of the Center for Health Policy Science and Tobacco Research in Research Triangle Park, N.C., who noted that nicotine is not healthy for developing brains.

She said Juul's initial marketing aimed to corral a group of influencers on Twitter and other platforms to push its flavored vaping system to teens and young adults. More needs to be done, Kim added, to limit exposure of age-restricted products to underage youth.

Juul said in a statement that it voluntarily shut down its Facebook and Instagram accounts last year. Its Twitter account no longer contains promotional material, the statement added, only such information as study results, executive hires and the company's support for policies to reduce youth access to tobacco products.

"We don't want youth using our product," the company said. "As a result, we share the researchers' stated interest in restricting underage engagement with our limited social-media activities."

In its statement, Juul questioned the study's methodology. It said the findings differ "significantly from data Twitter made available to us," which show that 13- to 17-year-olds made up 3.9% of the company's followers on the platform in May 2018.

But Vince Willmore, a spokesman for the Campaign for Tobacco-Free Kids, said the study is further evidence that Juul's social media marketing helped fuel the youth e-cigarette epidemic. He said the company did too little, too late to stop it.

"Young customers continue to do the marketing for them through their social media posts," Willmore said.

He called on social media platforms to prohibit marketing of all tobacco products, including e-cigarettes, and for the U.S. Food and Drug Administration to develop regulations to prevent their marketing on social media to young people.

Meanwhile, Stanton Glantz, director of the Center for Tobacco Control Research and Education, said e-cigarette makers have responded to the marketing backlash by targeting adults. Unfortunately, he added, they have already gotten their youth message across.

"It's like they set a forest fire, they don't need to keep going around lighting trees," Glantz said. "They're continuing to addict kids -- without fingerprints."

Glantz called on the FDA to make Juul and other e-cigarette makers to submit the products for approval. The FDA has said it will begin enforcing the requirement in 2022, but a federal court in Maryland last week told the agency to start now. Experts expect that ruling to be appealed.

Rather than waiting for the FDA to act, some states and cities are already restricting sale and marketing of e-cigarettes to kids, he said.

The report was published online May 20 as a letter in the journal JAMA Pediatrics.

The Center on Addiction has more about e-cigarettes.