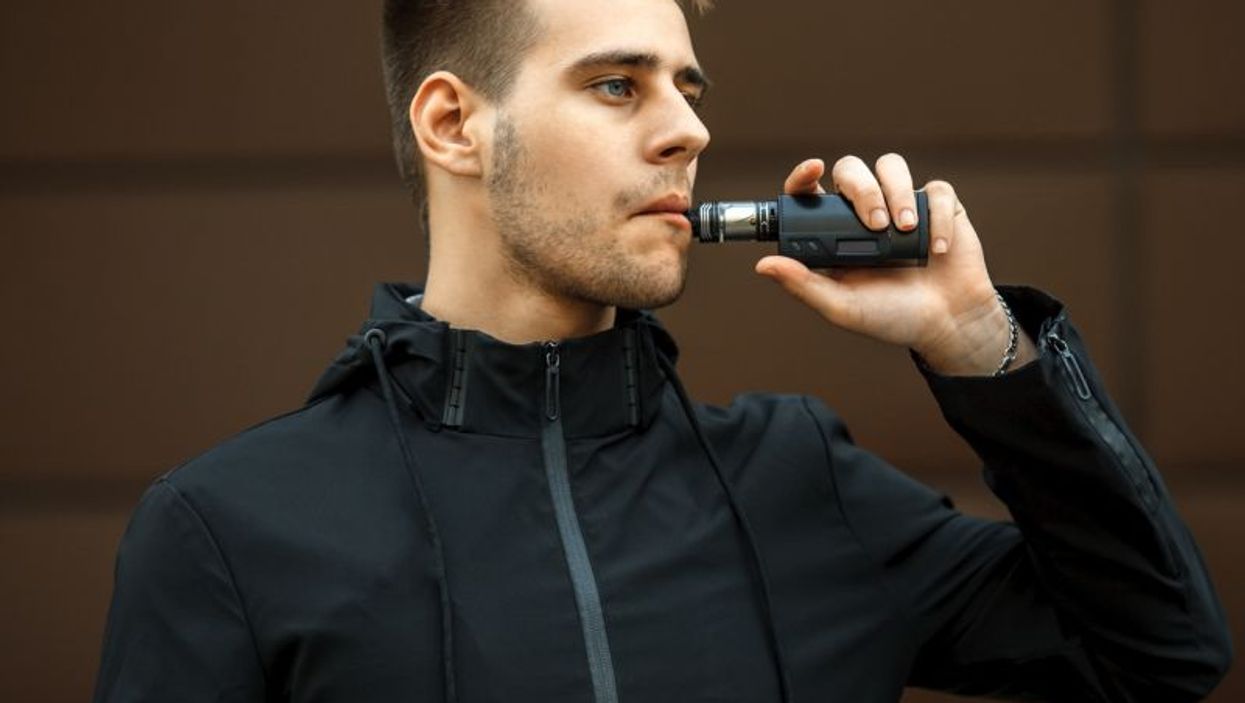 WEDNESDAY, Jan. 30, 2019 (HealthDay News) -- For those who want to kick their smoking habit, switching to electronic cigarettes may offer better odds of success than nicotine patches, lozenges or gum, new research suggests.

"E-cigarettes provide nicotine, which is important when someone is trying to quit smoking," said study author Dunja Przulj. "Going 'cold turkey' with no nicotine can make it difficult to deal with nicotine withdrawal symptoms. Having some kind of nicotine replacement improves your chances of quitting," she explained.

"In our study, smokers used e-cigarettes much like other nicotine replacement treatments. They were asked to set a 'quit day,' and advised to use their e-cigarette regularly throughout the day, and whenever they felt they needed it," Przulj added. "Everyone was encouraged to try and avoid smoking any normal cigarettes."

In the end, study results suggested that "e-cigarettes would almost double your chances of quitting at one year compared to nicotine replacement [products]," she reported.

Przulj is a research health psychologist with the Health and Lifestyles Research Unit at Queen Mary University of London.

For the roughly 15 percent of Americans who smoke, the U.S. Food and Drug Administration has not approved e-cigs as a means for quitting.

But as a practical matter, the investigators noted that more American smokers chose e-cigs as a cessation tool than FDA-approved treatments.

In the British study group, a total of 79 smokers were enrolled in an "e-cig group" and given a refillable e-cigarette to use. The remaining 44 smokers were given a three-month supply of any approved nicotine replacement product they wanted.

In the end, the investigators found that while nearly 10 percent of the nicotine replacement group were not smoking traditional cigarettes a year later, that figure nearly doubled, to 18 percent, among those using e-cigs to quit.

The study team acknowledged, however, that prior research has demonstrated that when nicotine replacement products are paired with prescription medications -- such as the nicotine receptor blocker Chantix (varenicline) and/or bupropion -- one year abstinence rates are the same or higher as the e-cig results.

So, might encouraging smokers to rely on e-cigarettes to help kick their habit raise the risk that quitters just end up swapping out one form of nicotine addiction for another? Przulj thinks that's a risk definitely worth taking.

"E-cigarettes are at least 95 percent less risky than cigarettes," she said, "and so even if someone is still using an e-cigarette, the benefits outweigh any cons."

In fact, "doctors should encourage any smokers to try e-cigarettes," Przulj suggested, "especially if they have tried other methods before and these have not been helpful."

The report was published online Jan. 30 in the New England Journal of Medicine.

Belinda Borrelli is co-author of an accompanying editorial and director of the Center for Behavioral Science Research at Boston University. She interpreted the results more cautiously.

Borrelli noted, for example, that whether the findings might apply to all smokers is limited by the fact that all the participants were British and all were smokers trying to quit. She further stressed that very few studies have actually explored the pros and cons of using e-cigs to assist with quitting.

"It is a step in the right direction, but it is only one study," said Borelli.

"We do not have the evidence to say that e-cigarettes meet the standards for evidenced-based practice recommendations," she continued. "There is substantial evidence that they are less harmful than traditional cigarettes, but that doesn't mean they are not harmful."

For now, Borelli added, "the best way to quit smoking right now is to use FDA-approved evidence-based treatment as a first-line choice. And then if that fails, consider short-term use of e-cigs to quit smoking."

The study was funded by the National Institute for Health Research and Cancer Research UK.