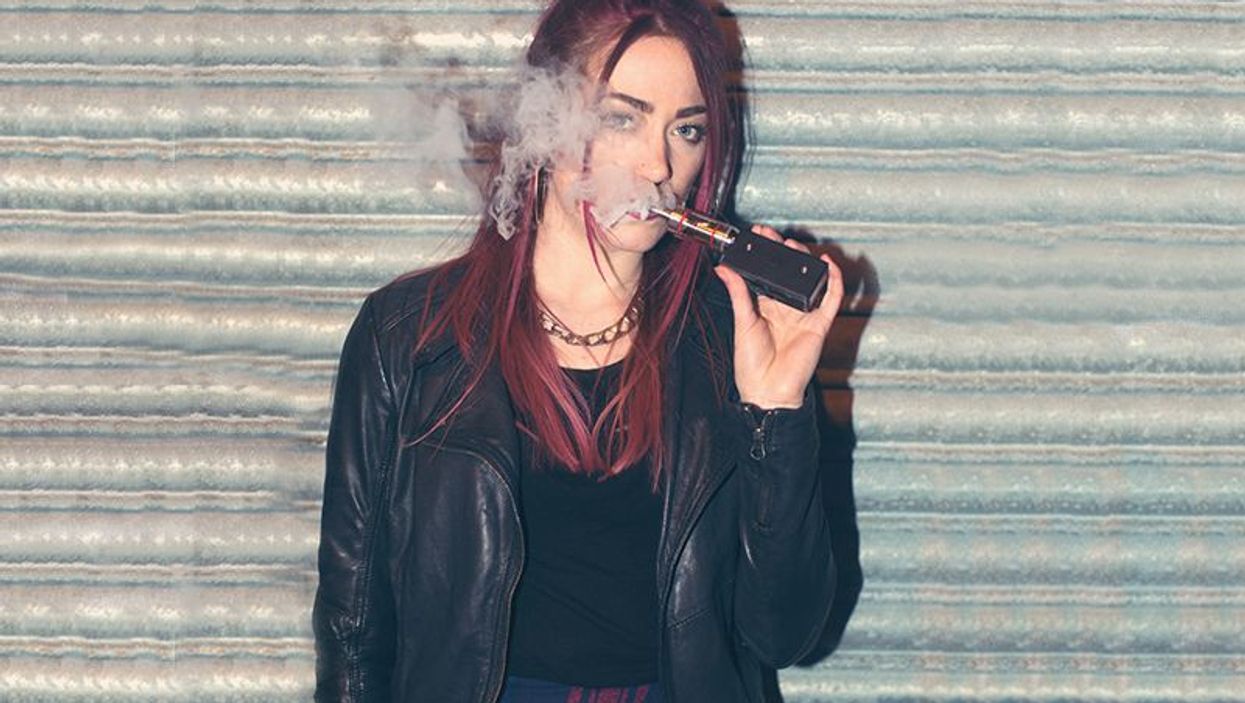 TUESDAY, Aug. 14, 2018 (HealthDay News) -- E-cigarettes have been touted as a safer alternative to smoking, but the vapor they create might harm lung tissue much like regular cigarettes do, British researchers report.

With or without nicotine, e-cigarette vapor increases inflammation and disables cells that protect lung tissue, human tissue tests reveal. Harming these cells makes them vulnerable to dust, bacteria and allergens that might lead to incurable chronic obstructive pulmonary disease (COPD), the researchers say.

"There has been a lot of support for people to use e-cigarettes rather than traditional cigarettes because of the perceived safety of the e-cigarette process," lead researcher Dr. David Thickett said in a podcast. He's a professor in respiratory medicine at the University of Birmingham, in England.

"There is an agenda to portray e-cigarettes as safe," Thickett said. But since e-cigarettes have been around for only a decade, the effects of long-term vaping aren't known, he noted.

Although e-cigarettes probably pose less of a cancer risk than regular cigarettes, whether they are as safe as manufacturers claim is unclear. But it appears that the vaping process itself can damage immune system cells -- at least in the lab, Thickett said.

"We should have a cautious skepticism that [e-cigarettes] are as safe as we are being led to believe," Thickett said.

"If you vape for 20 or 30 years and develop COPD, that's something we need to know about," he added.

Using a device that mimics vaping, Thickett's team exposed lung tissue from eight non-smokers to various types of e-cigarette fluid. None of the participants had ever suffered from asthma or COPD.

The results showed the vapor was much more harmful to cells than the e-cigarette fluid itself -- and the more the lung cells were exposed to it, the more they were damaged. Vapor containing nicotine made the effect more pronounced, the investigators found.

Exposure to the fluid itself increased cell death and the production of oxygen free radicals 50 times, the researchers added. Free radicals are reactive chemicals with the potential to damage cells.

Moreover, cells exposed to vaped fluid were unable to fight off bacteria. Treatment with an antioxidant, however, restored that ability and helped reduce other damage caused by e-cigarette fluid, Thickett's team found.

Dr. David Hill is a member of the American Lung Association's board of directors who reviewed the findings.

Hill said that while e-cigarettes might be safer than traditional ones, "less harmful doesn't mean safe."

He added that little is known about the long-term effects of vaping on the lungs. This study, however, suggests that long-term vaping can lead to lung damage.

"We have to be careful when we promote these as safe," said Hill, who is also director of clinical research at Waterbury Pulmonary Associates, in Connecticut. "Would I encourage my patients to use these or should they be marketed as a safe alternative to smoking? Definitely not."

The report was published online Aug. 13 in the journal Thorax.

To learn more about e-cigarettes, visit the U.S. National Institute on Drug Abuse.