See What HealthDay Can Do For You
Contact Us
August 22, 2013

But pazopanib gives patients a better quality of life than sunitinib, researchers report 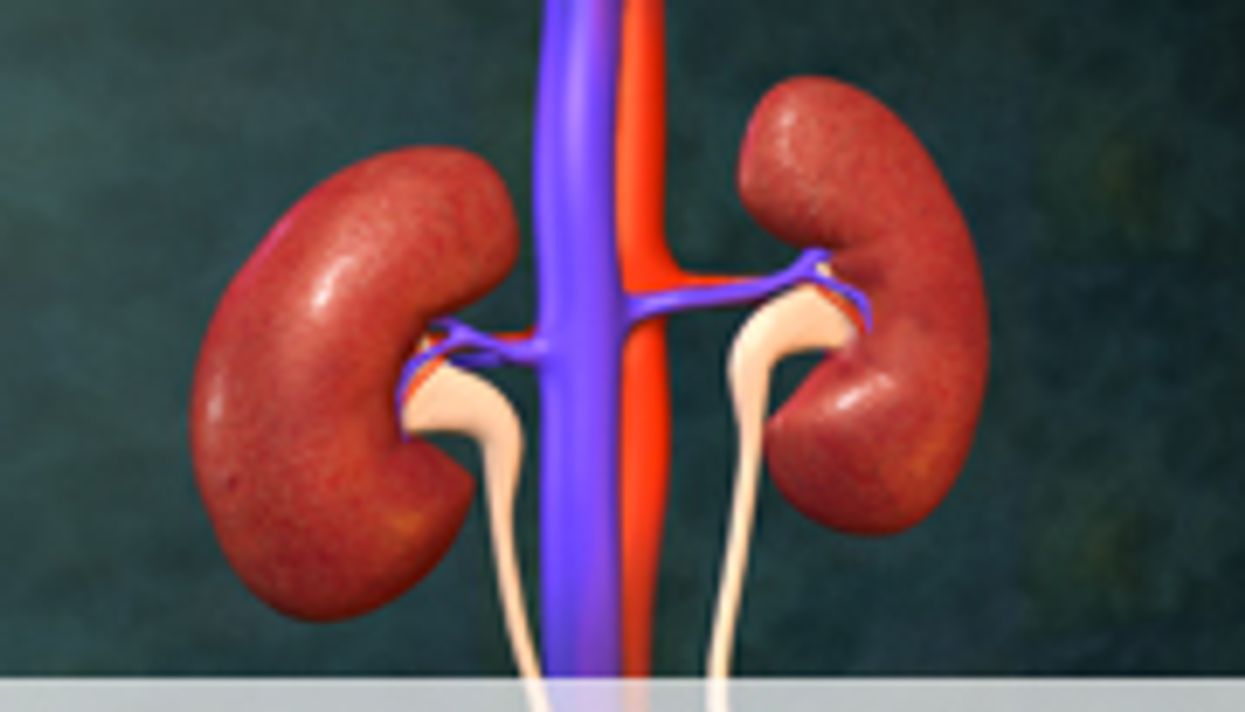 THURSDAY, Aug. 22, 2013 (HealthDay News) -- The drug pazopanib (Votrient) works as well as sunitinib (Sutent) for treating advanced kidney cancer, but it has milder side effects, a new study finds.

Although both drugs are approved by the U.S. Food and Drug Administration as first-line treatments for kidney cancer and both boost survival, pazopanib had the edge in improving the quality of life, the researchers reported.

"Kidney cancer has long been considered one of the most difficult-to-treat cancers, and is associated with a poor prognosis when it's metastasized [or spreading]," said lead researcher Dr. Robert Motzer, an oncologist at Memorial Sloan-Kettering Cancer Center in New York City.

Now there are drugs that attack a gene that is responsible for turning kidney cells into cancer cells, he said. "There has been tremendous progress in the treatment of this disease since 2005 with these targeted drugs," Motzer said. "The first of these drugs was sunitinib, which is considered the standard in first-line treatment for kidney cancer."

This new trial was a head-to-head comparison of sunitinib and pazopanib. The researchers found both had a similar safety profile and survival benefit, but there were milder side effects with pazopanib, Motzer said. These included less fatigue and fewer sores on the bottom of the feet, he noted.

"The data also suggest that patients on pazopanib have a better quality of life than patients on sunitinib," Motzer said. Both drugs cost about the same -- about $6,500 a month -- and are covered by Medicare and many private insurers.

"Both these drugs are good options for first-line treatment," Motzer said. "They allow for us to individualize treatment for patients. In my own practice, I have changed my preferred drug from sunitinib over to pazopanib, because most patients appear to have a better quality of life with pazopanib compared with sunitinib."

The trial was paid for by GlaxoSmithKline Pharmaceuticals, the maker of pazopanib.

Dr. Jessica Kreshover, a urologist at North Shore-LIJ's Arthur Smith Institute for Urology in Lake Success, N.Y., said that "this study shows that there is more than one option for first-line therapy for renal [kidney] cancer."

According to Motzer, 65,000 people are diagnosed with kidney cancer each year in the United States. "It's the sixth most common cancer," he said. And because it is often diagnosed late, 30 percent to 50 percent of the patients develop metastasis, he added. "It's one of the top 10 cancer killers," he noted.

The report was published in the Aug. 22 issue of the New England Journal of Medicine.

"We now have a number of treatment options for kidney cancer," said Dr. Len Lichtenfeld, deputy chief medical officer of the American Cancer Society. "The question then becomes how do you make a choice."

Lichtenfeld noted that not only did the study show that the drugs had similar survival benefits and that pazopanib was better at improving patients' quality of life, but also that pazopanib saved health care dollars by cutting the number of doctor visits.

"We need to look at our treatments not only in terms of whether they delay the progression of the cancer or increase overall survival, but also what is the cost to the patient and the medical care system," Lichtenfeld said.

For the study, Motzer's team randomly assigned more than 1,100 patients with advanced kidney cancer to either sunitinib or pazopanib.

The investigators found both drugs fared as well in the length of time they held the cancer at bay and extended life -- about nine months.

The real difference was seen in their side effects. Patients taking pazopanib suffered less fatigue, fewer sores on the hands and feet, and fewer bouts of a blood disease called thrombocytopenia, which can cause bleeding, than patients taking sunitinib, Motzer's group found.

Some patients taking pazopanib, however, had higher levels of an enzyme called alanine aminotransferase -- a sign of potential liver damage -- than those taking sunitinib, the researchers noted.

For more on kidney cancer, visit the American Cancer Society.