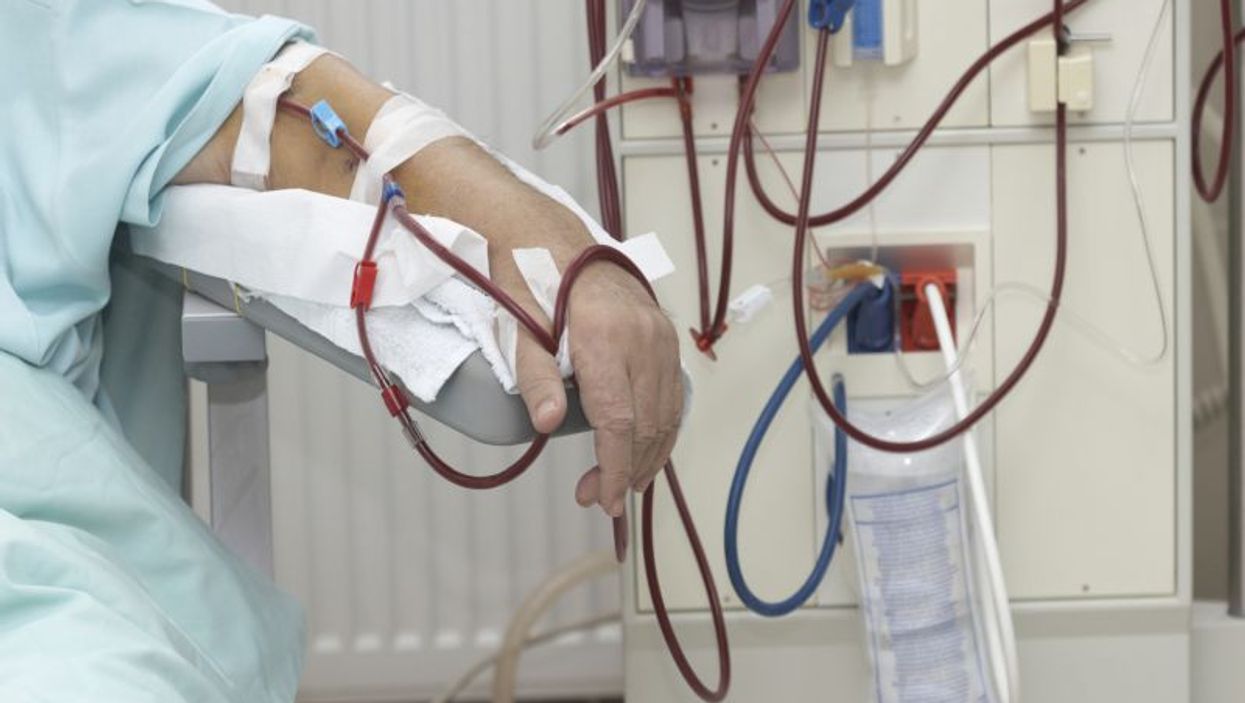 THURSDAY, Feb. 14, 2019 (HealthDay News) -- Patients with kidney failure who are on dialysis or have received a transplant have a sharply higher risk of dying from cancer, Australian researchers report.

In fact, compared with people who don't have kidney failure, they have more than double the odds of cancer death. The odds are particularly high among patients aged 20 to 34, for whom the risk is 11 times higher, the researchers reported.

"We need to be aware of the risks of cancer and look for better ways to care for these people in addition to their kidney disease," said lead researcher Eric Au, a doctoral candidate at the University of Sydney.

Kidney failure affects thousands of Americans. Of the more than 660,000 being treated for the problem, 468,000 are on dialysis and more than 193,000 have had a transplant, according to the National Kidney Foundation.

Each year more than 100,000 Americans are diagnosed with kidney failure.

Patients on dialysis seem to have higher odds of dying from cancers related to kidney failure, such as kidney cancer and multiple myeloma, Au said.

"These patients may have developed kidney failure at the same time as the cancer or as a result of the cancer," he added.

But patients with kidney transplants have increased rates of dying from cancers such as non-Hodgkin lymphoma and melanoma, Au said.

"These cancers may be related to the long-term immunosuppressive medications, which patients need to take after their kidney transplants," he noted.

For the study, Au and his team collected data on nearly 53,000 patients who started dialysis and almost 17,000 who received kidney transplants between 1980 and 2014. The researchers compared these patients with people without kidney disease.

Over 10 years, about 6 percent of the dialysis patients died of cancer, as did nearly 5 percent of those who had a transplant. Kidney patients were nearly three times more likely to die from cancer than those without kidney disease, the study found. And the risk was particularly high among women.

Among transplant patients, most cancers related to immune deficiency and infection, and the study authors explained that this may be the result of long-term use of immunosuppressive drugs required to prevent rejection of a transplant organ.

"We need further studies to look at the reasons for this and how we can reduce these people's risks of cancer, such as better screening of people at risk of cancer and better treatment of those with cancer," Au said.

DeVita said that while the overall quality of life of patients with kidney failure is better with a transplant, and dialysis is life-sustaining, this study is a reminder that a transplant is not a cure.

"We must remain vigilant in our cancer surveillance of this vulnerable population," she said. "Additional work will need to be done to determine the mechanisms and guide prevention."

The report was published online Feb. 14 in the Journal of the American Society of Nephrology.