Better Lung Cancer Survival? There's an App for That 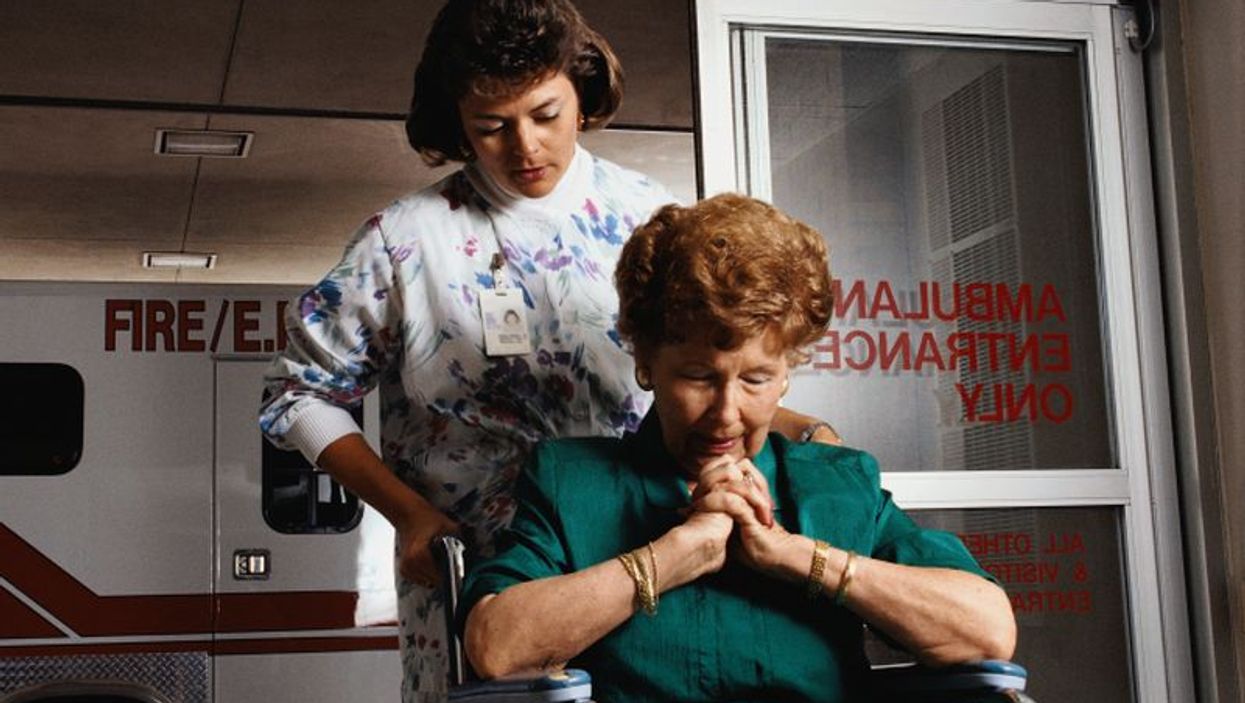 About 75 percent of high-risk lung cancer patients were alive one year after they started using the Moovcare app, compared with 49 percent of patients provided typical cancer care, Denis said.

Patients also lived seven months longer, on average, when using Moovcare -- about 19 months compared to an average of 12 months for nonusers.

"If we had a drug or some new intervention that caused this level of survival benefit, wouldn't we want to go out and use it?" said Ganz, director of cancer prevention and control research at the UCLA Jonsson Comprehensive Cancer Center, in Los Angeles. Ganz moderated a briefing Monday at the American Society of Clinical Oncology (ASCO) annual meeting in Chicago, where Denis shared the findings.

Lung cancer is the world's top cancer killer. There were 1.8 million new lung cancer cases worldwide in 2012, the researchers said in background information, and an estimated 1.6 million deaths due to the disease.

The Israel-based maker of Moovcare, Sivan Innovation, helped fund the trial, Denis said. The app is still in prototype, but is expected to go on the market in January 2017.

Patients used Moovcare once a week to report on 12 clinical symptoms that are associated with a relapse of lung cancer or a potentially dangerous medical condition associated with the disease, Denis said.

Their self-reported data was analyzed by an algorithm that triggered an email alert to the patient's cancer care team if it looked like the risk was high for a relapse or a medical emergency, he said.

For this clinical trial, Denis and his colleagues recruited 133 patients with stage 3 or 4 lung cancer, and randomly assigned them to use either the Moovcare app or undergo standard follow-up.

Standard follow-up consisted of a doctor visit and CT scan every three to six months, depending on the stage of the patient's lung cancer, Denis said.

Moovcare patients had the same number of planned doctor visits but underwent planned CT scans only every six to 12 months.

The idea was that Moovcare would allow doctors to address health problems promptly, rather than allowing illness to brew between scheduled visits, Denis said.

Because relapsing patients often wait weeks before seeing a doctor, they aren't always able to receive the best cancer care possible because they've become too sick to handle the toxic effects of chemotherapy, Denis explained.

The clinical trial proved that to be true. About 74 percent of Moovcare patients undergoing a lung cancer relapse had good enough health to endure optimal cancer care, compared with only 33 percent of patients receiving standard care.

That led to an overall survival and average survival advantage for patients using Moovcare, Denis said.

However, it will only work if doctors restructure their practices to make sure someone is heeding the incoming Moovcare alerts, Ganz said.

"You actually need someone in the office practice, whether it's a nurse or some other person, who is looking at the data as it's coming in and triggering a response," Ganz said. She added that the real cost of the system would be in additional personnel rather than the technology itself.

Dr. Gregory Masters is a lung cancer specialist at Christiana Care's Helen F. Graham Cancer Center, in Newark, Del. He said, "The study shows this is one way to engage patients and allow them to take more of an active role in their care, which is really a critical factor."

However, Masters added that Moovcare might not the best follow-up care option for patients who are very infirm or are uncomfortable with smartphone or computer technology.

"This is one way to monitor symptoms, and certainly the survival data looked really encouraging, but we have to figure out how we would actually implement it," he said. "We want to make sure this is worth implementing a whole new system for monitoring patients."