See What HealthDay Can Do For You
Contact Us
November 25, 2019 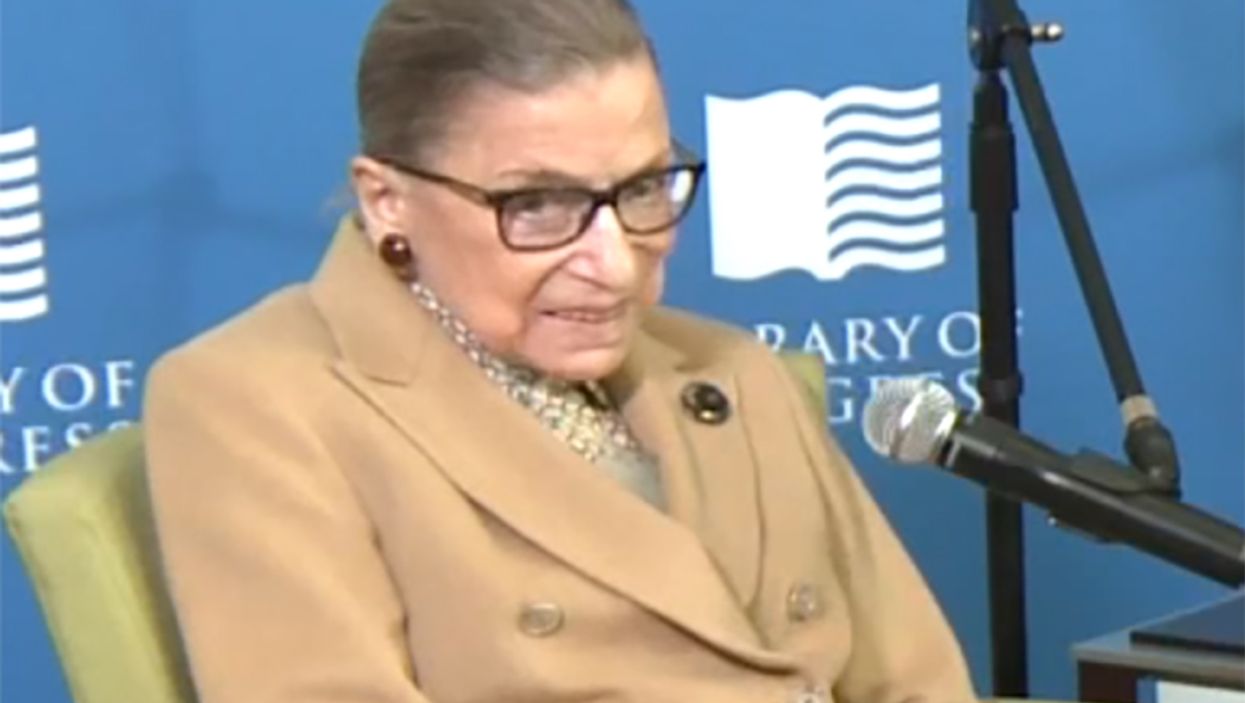 MONDAY, Nov. 25, 2019 (HealthDay News) -- Supreme Court Justice Ruth Bader Ginsburg was discharged from the hospital on Sunday after being admitted on Friday with chills and a fever.

The news of her recovery and return home was issued by a court spokeswoman, ABC News reported.

The 86-year-old was first evaluated on Friday at a hospital in Washington, D.C., after feeling unwell. She was then transferred to The Johns Hopkins Hospital in Baltimore. By Saturday, her fever and chills had lessened after receiving intravenous antibiotic therapy and fluids, the spokeswoman said.

It's been a tough year health-wise for Ginsburg, who finished treatment for pancreatic cancer in August.

After the tumor was first diagnosed in late July, Ginsburg was given a three-week course of focused radiation at Memorial Sloan Kettering Cancer Center in New York City.

"The tumor was treated definitively and there is no evidence of disease elsewhere in the body," the court said at the time. "Justice Ginsburg will continue to have periodic blood tests and scans. No further treatment is needed at this time."

That was the fourth time Ginsburg has battled cancer. She had surgery in 1999 to treat colon cancer, and was treated for early-stage pancreatic cancer in 2009. Late last year, she had two cancerous nodules removed from her left lung.

A history of bouncing back from health setbacks hasn't eased the nerves of liberals who worry about how much longer Ginsburg can serve, as the balance of the Supreme Court shifts to the right with President Donald Trump's two recent appointees, Brett Kavanaugh and Neil Gorsuch.

But Ginsburg credits her tough work ethic with her ability to surmount health challenges. According to ABC News, she attended the Supreme Court's regular weekly private conference on Friday and also appeared at an outside function. Ginsburg also maintains a hectic travel schedule.

"I think my work is what saved me," Ginsburg told ABC News in September, "because instead of dwelling on my physical discomforts, if I have an opinion to write or brief to read I know I've just got to get it done and have to get over it."

Ginsburg was first appointed to the Supreme Court in 1993 by former President Bill Clinton. She is the oldest justice on the court.

Ginsburg has consistently fought for women's rights. In 1971, she helped launch the Women's Rights Project of the American Civil Liberties Union (ACLU). She served as the ACLU's general counsel from 1973 to 1980.

In recent years, Ginsburg gained social media popularity with her own nickname, "Notorious R.B.G." She was also the subject of a recent documentary, and a movie has been made about her life.

Ginsburg was born in Brooklyn, N.Y., in 1933, according to the U.S. Supreme Court website. She married Martin Ginsburg, and together they had a daughter and a son. She received her undergraduate degree from Cornell University, and attended Harvard and Columbia law schools.