See What HealthDay Can Do For You
Contact Us
February 12, 2013

Could Duration of Prostate Cancer Hormone Therapy Be Halved? 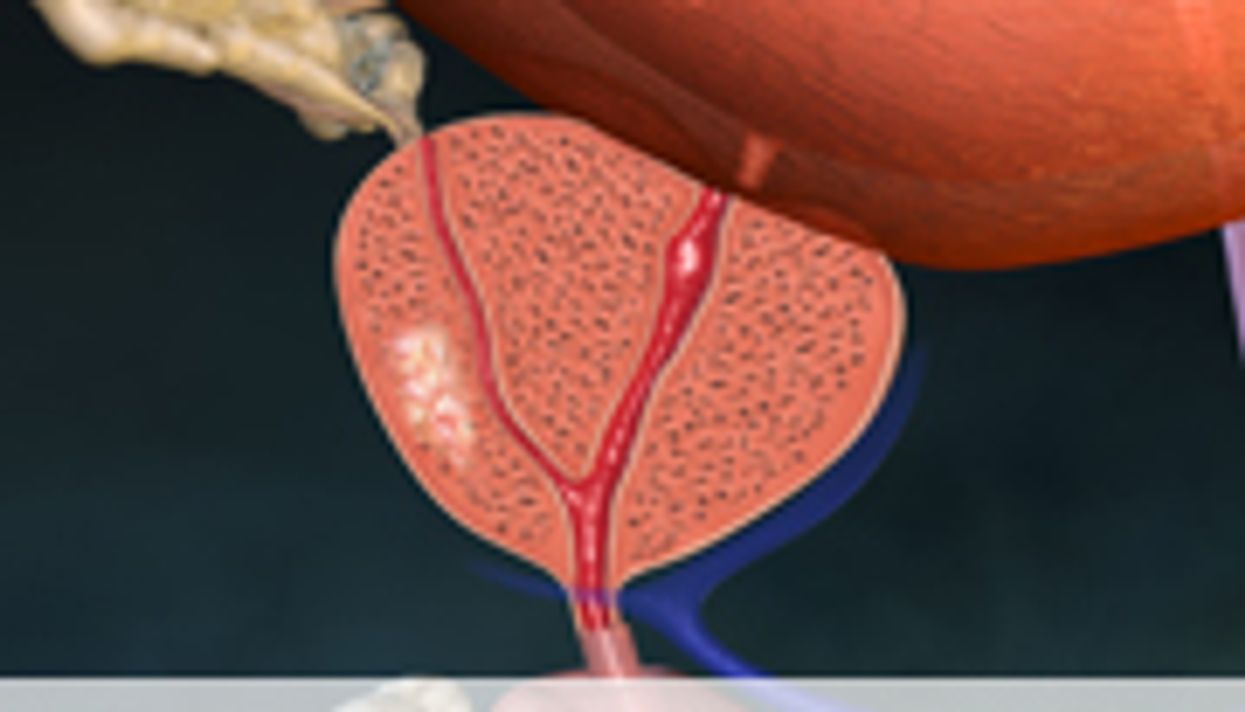 TUESDAY, Feb. 12, 2013 (HealthDay News) -- For some men with prostate cancer, hormonal therapy to beat the disease could be safely cut from three years to half that time, a new clinical trial suggests.

When men have cancer that is confined to the prostate gland but at high risk of worsening, one treatment option is radiation therapy plus drugs that cut testosterone levels, because this male hormone feeds the cancer.

Right now, doctors routinely give that hormonal therapy for two to three years, during which time men may suffer unpleasant side effects.

But that routine is based on a clinical trial from the 1990s that found that adding three years of hormonal therapy to radiation could cure certain prostate cancers. That doesn't necessarily mean three years is ideal.

"We're still trying to figure out what duration of therapy is best," said Dr. Bruce Roth, an oncologist and professor of medicine at Washington University School of Medicine in St. Louis.

Because hormonal therapy has significant side effects -- from erectile dysfunction and hot flashes, to drops in bone density and muscle mass -- everyone would like the treatment period to be as short as possible.

That's what led to the new study, which Dr. Abdenour Nabid, an associate professor at Sherbrooke University Hospital in Canada, is presenting Thursday at the annual Genitourinary Cancers Symposium in Orlando, Fla. "These side effects can be huge for men," Nabid said.

In the study, Nabid's team randomly assigned 630 prostate cancer patients to one of two groups. One group received radiation plus testosterone-lowering medication for three years; the other got hormonal therapy for just 18 months.

Overall, there were no signs that the shorter therapy put men's lives at risk. After 6.5 years, 77 percent of the men who got three years of hormonal therapy were still alive as were 76 percent of those who received the 18-month regimen.

The 10-year survival rates were also nearly identical, at just over 63 percent in both groups.

"It looks like when you get to 18 months, you reach a threshold where you are not going to improve survival by treating for a longer time," Nabid said.

Roth, who was not involved in the research, said the study might possibly change the standard of care. But he noted that findings presented at medical meetings are generally considered preliminary until all the data can go through peer review prior to publication in a journal.

Once that happens, Roth said, "I would hope that this changes people's minds."

The findings described at the meeting focused on patients' survival. Nabid said his team is still analyzing the data they collected on side effects and quality of life.

The presumption is both would be better in the long run. Roth said that when a man is on hormonal therapy for three years, the chances of his testosterone levels returning to normal afterward are low. A shorter duration of therapy boosts those odds.

Dr. Otis Brawley, chief medical officer for the American Cancer Society, urged caution in interpreting the results of a single study -- particularly before publication in a journal.

"I would not recommend that men choose to have 18 months of therapy based only on this study," Brawley said. However, if a man does stop at that point because he can't tolerate the side effects, this study offers some reassurance that it won't hurt his survival, he added.

In other news from the same meeting, a large study of U.S. men found that blacks and men aged 75 and up were at relatively greater risk of having more-aggressive tumors diagnosed through PSA (prostate-specific antigen) screening.

Last year, the U.S. Preventive Services Task Force (USPSTF) came out against routine PSA screening for men, regardless of age, because the test often detects harmless tumors, leading to unnecessary treatment and side effects.

But the USPSTF stance is controversial, and Roth said these new findings highlight how complicated the issue is. He and Brawley said the study doesn't offer any solid answers, either. For one thing, the findings do not show whether having intermediate- or high-risk tumors diagnosed by PSA screening actually cut men's risk of dying from the cancer.

Brawley said he is in the camp that believes PSA screening should be done on a very limited basis.

Roth pointed to the recommendations of the American Society of Clinical Oncology (ASCO), which sponsored the meeting. ASCO suggests that doctors discuss PSA screening with men likely to live for at least 10 more years.

The reasoning is that elderly men in poor health are very unlikely to see any benefits from PSA screening.

"I don't think we can make a blanket recommendation for all men on PSA screening," Roth said.

Learn more about prostate cancer from the American Cancer Society.