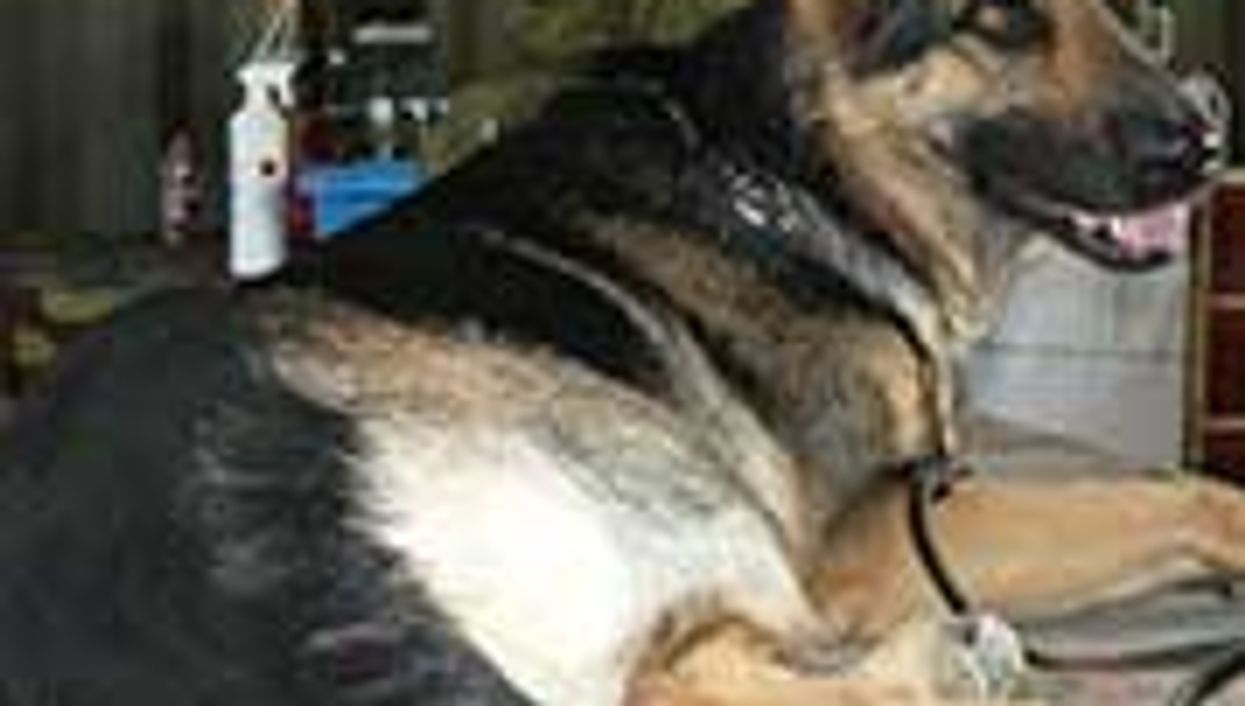 SUNDAY, May 18, 2014 (HealthDay News) -- Dogs can be trained to sniff out evidence of prostate cancer in human urine with near-perfect accuracy, Italian researchers report.

Two specially trained dogs were able to detect organic chemicals released into urine by prostate cancers with a combined accuracy rate of 98 percent, according to findings scheduled for presentation on Sunday at the annual meeting of the American Urological Association in Orlando, Fla.

"With our study, we have demonstrated that the use of dogs might represent in the future a real clinical opportunity if used together with common diagnostic tools," such as the prostate cancer blood test called PSA, biopsy and imaging scans, said Dr. Gianluigi Taverna, a researcher with Humanitas Research Hospital in Milan.

Researchers trained the two dogs using hundreds of urine samples taken from both healthy people and those with prostate cancer. Prostate cancer tumors produce chemicals called volatile organic compounds, which easily evaporate into the air and produce a scent that can be detected by the highly sensitive canine nose.

The dogs received a reward when they caught the scent of a cancer-infected sample and sat in front of it. "Training was a full-time job for the team, who worked five days a week," Taverna said.

The dogs were then tested using a separate set of urine samples, because "dogs have an incredible memory and might simply be picking up and recalling individual scents" from the training samples, he said.

One dog proved able to accurately detect the presence of prostate cancer 98.9 percent of the time, while the other had an accuracy rating of 97.3 percent.

Taverna said the results show that canines could prove a valuable asset in diagnosing prostate cancer.

"Our standardized method is reproducible, low cost and non-invasive for the patients," he said. "The potential of using a dog for recognizing prostate cancer might reduce unnecessary prostate biopsies and pinpoint patients at high risk for prostate cancer."

Previous research has shown dogs' ability to detect cancer and other diseases. For example, a recent study found that dogs could accurately identify patients with lung cancer by smelling their breath, said Dr. Charles Ryan, an associate professor of medicine and urology at the University of California, San Francisco, Helen Diller Family Comprehensive Cancer Center.

But Ryan remains skeptical regarding the regular use of canines for cancer detection.

"I would say it's very interesting and it would be of interest to dog owners and the public, but I'm not sure how we would integrate it into the day-to-day clinical care of patients," Ryan said.

He added that bringing dogs into prostate cancer detection could be particularly problematic.

A debate currently is raging over whether prostate cancer is overdetected and overtreated, given that most men develop the cancer late in their life and end up dying of other causes. Those who are treated for prostate tumors often suffer problems such as impotence and incontinence, leading some doctors to argue that it might be better to leave prostate tumors undetected.

"Screening for prostate cancer is a very controversial area, and while I would like to think dogs could solve that problem, I don't think that's a possibility," Ryan said. "That said, it's fascinating to think as a scientist these things are out there and actually exist."

Because this study's findings were presented at a meeting, they should be considered preliminary until they've been published in a peer-reviewed journal.