See What HealthDay Can Do For You
Contact Us
February 16, 2012

Genome Map Might Help Save Tasmanian Devil From Extinction 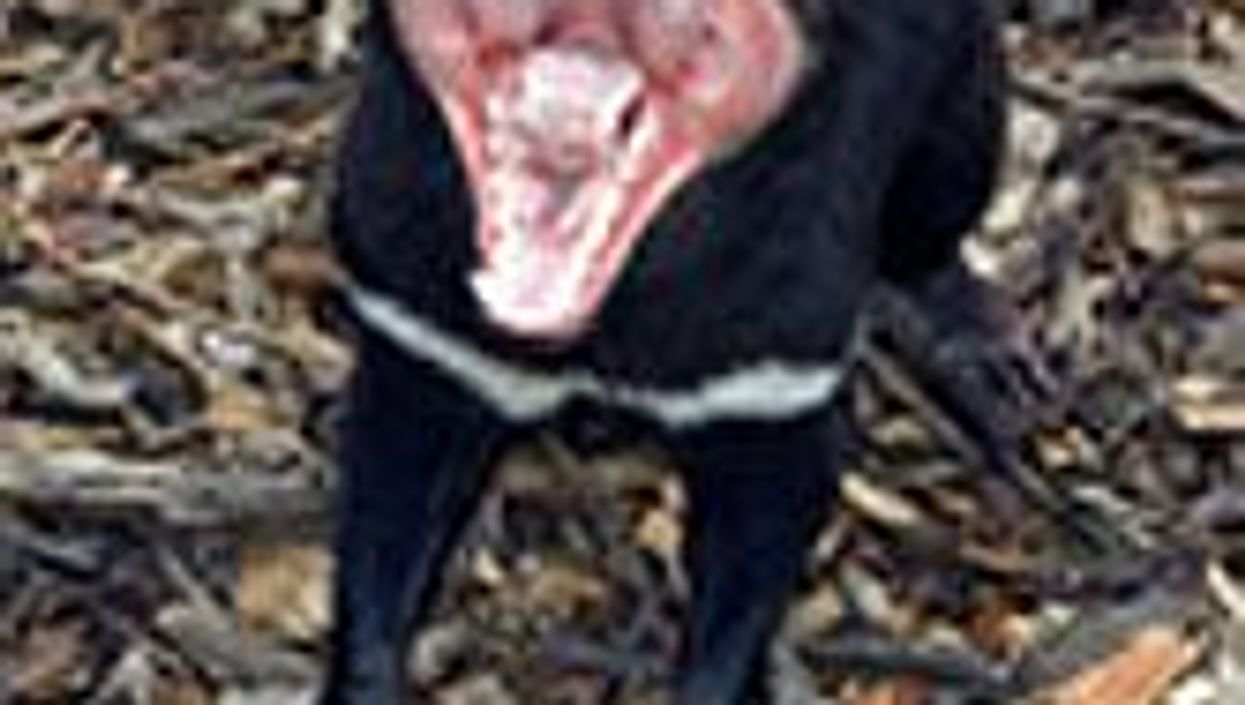 THURSDAY, Feb. 16, 2012 (HealthDay News) -- Researchers have sequenced the genomes of the animal known as the Tasmanian devil and the transmissible facial cancer that threatens the species with extinction.

The findings may help efforts to save the meat-eating marsupials found only on the Australian island of Tasmania, according to the study in the Feb. 17 issue of the journal Cell.

"There are targeted drugs that work against cancer genes," Elizabeth Murchison, a Tasmanian native working at the Wellcome Trust Sanger Institute in the United Kingdom, said in a journal news release "We hope some of the mutations that we have found in genes in the devil cancer may point to therapeutic strategies."

The facial cancer ravaging the Tasmanian devil population is spread through bites that transfer living cancer cells. Tasmanian devils bite each other often. The first recorded case of the disease was noted in 1996. By the early 2000s, "it was clear that this was a new type of infectious disease," Murchison said.

"The cancer genome has evolved as it has spread through the population, but overall it appears to be rather stable," study senior author Michael Stratton said in the news release. "The genetic differences between 104 Tasmanian devil tumors from all around the island present us with a remarkably clear picture of how the cancer has spread in time and space over the last couple of decades, which may help with strategies for disease containment."

More than 17,000 mutations in the devils' cancer genome have been cataloged and researchers must now determine which of those are most important. Early indications suggest that changes in immunity genes may explain how the cancer evades the immune system.

The Tasmania Parks and Wildlife Service has more about the Tasmanian devil.