See What HealthDay Can Do For You
Contact Us
February 6, 2008 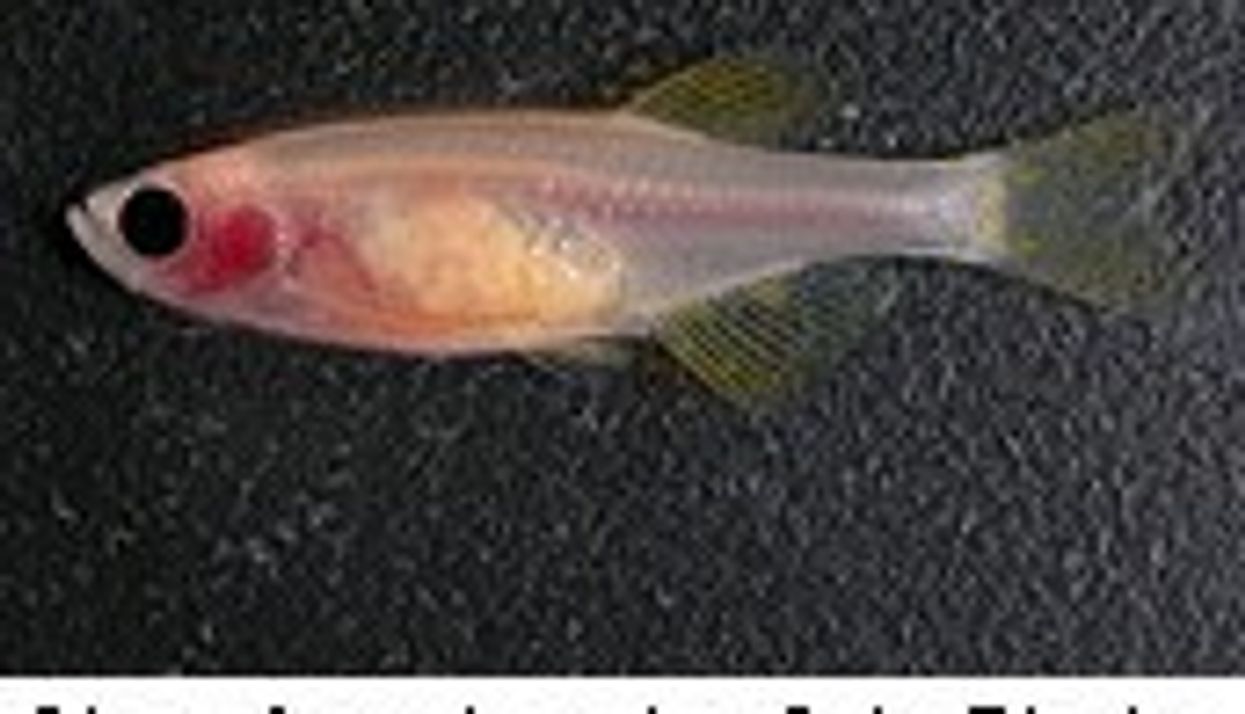 TUESDAY, Feb. 5, 2008 (HealthDay News) -- Medical researchers can now get a clearer view into human biology and disease with a newly developed, totally transparent breed of zebrafish, a common model for medical research.

According to the Children's Hospital Boston researchers who developed the new breed, zebrafish are genetically similar to humans. This new transparent form of the small fish will provide researchers with a direct view of its internal organs and the opportunity to observe processes such as the spread of cancer or blood production after bone marrow transplant, as they occur in a living organism.

Currently, researchers studying human diseases in animals induce the illness and allow it to progress, then kill and dissect the animals. But that approach is bound to miss something in cancer and other rapidly changing processes, according to the team that developed the transparent zebrafish.

"It's like taking a photograph when you need a video," Dr. Richard White, a clinical fellow in the Stem Cell Program at Children's Hospital Boston and an instructor of medicine at the Dana-Farber Cancer Institute, said in a prepared statement.

In his first experiment with the transparent zebrafish, White viewed how cancer spreads.

"The process by which a tumor goes from being localized to widespread and ultimately fatal is the most vexing problem that oncologists face," White said. "We don't know why cancer cells decide to move away from their primary site to other parts of the body."

"This told us that when tumor cells spread to other parts of the body, they don't do it randomly. They know where to go," White said.

He plans to investigate cancer cell homing and to look for ways to prevent spreading cancer cells from finding their way to their intended destination.

In another experiment, White investigated how transplants of blood stem cells can help rebuild healthy blood in cancer patients after treatment. He irradiated bone marrow in a transparent zebrafish and then transplanted fluorescent blood-forming stem cells from another zebrafish.

After four weeks, White could see that the transplanted fluorescent stem cells had migrated and grown in the fish's bone marrow. Even individual stem cells were visible.

Being able to observe how stem cells embed and build blood in the transparent fish may help scientists find faster ways to help rebuild healthy blood in cancer patients. For example, drugs and genes could be tested in the fish and scientists could directly view the effects, White said.

Because their brain, heart and digestive tract are readily visible, the transparent fish will enable researchers to study genetic defects in these organs and learn more about a variety of disorders ranging from Alzheimer's disease to inflammatory bowel disease, White added.

The University of Oregon has more about zebrafish.