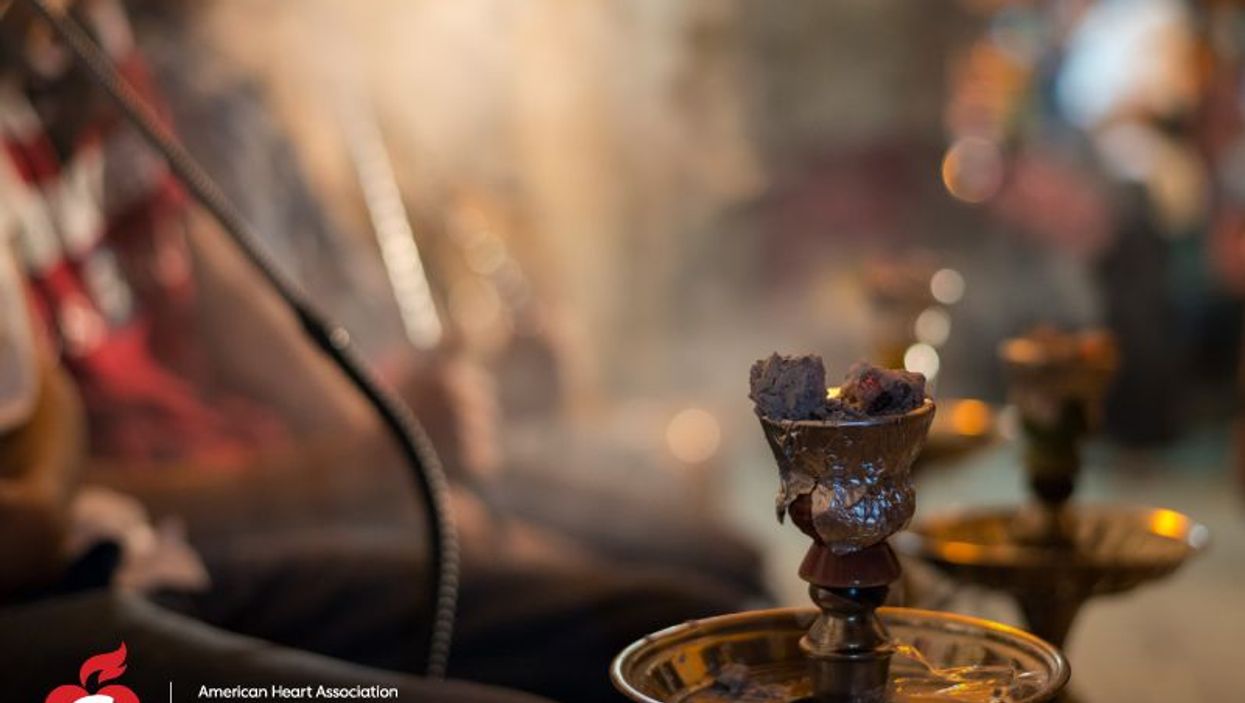 TUESDAY, Jan. 15, 2019 (American Heart Association) -- While cigarette smoking has hit an all-time low, another form of tobacco use is rising in popularity -- hookah smoking -- and researchers are concerned there's a new epidemic brewing, especially among young adults.

Once seen as an exotic pastime and cultural phenomenon in the Middle East, hookah smoking spread to Europe and North America in recent years.

"When I started this research 20 years ago, I did not think that it would be a global problem. Now, hookah has moved to the U.S. and it's one of the main tobacco products used by young Americans," said Dr. Wasim Maziak, professor and chair of the Department of Epidemiology at Florida International University in Miami.

An estimated 2.6 million U.S. adults -- or 1 percent -- smoked hookah in 2017, nearly double the number seen just several years before, according to data from the Centers for Disease Control and Prevention. It's most common among 18- and 24-year-olds. And kids are smoking it, too: Despite declining use among U.S. teens in recent years, an estimated 630,000 high school and middle school students smoked hookah in 2017.

Hookah, also known as waterpipe smoking, is a unique method of smoking tobacco. It consists of a head (which holds the tobacco), a body, a chamber filled with water, a hose and a mouthpiece. Charcoal briquettes are used to heat the tobacco.

Experts say the unique features of hookah may have aided its popularity among young adults. Unlike cigarette tobacco, hookah tobacco can be sold in candy and fruit flavors, which appeals to younger audiences. They also produce smooth, aromatic smoke that's easier and more pleasant to inhale than tobacco smoke. Plus, people smoke hookah in chic cafes and lounges, creating the perception that it's a social activity and less habit-forming.

While research on the health effects of hookah smoking is still emerging, preliminary findings indicate it's certainly not harmless. "This is probably as deadly as cigarettes. For certain carcinogens and toxicants, you have a much higher exposure with waterpipe smoking than cigarettes," said Maziak.

A typical hookah session delivers significantly higher levels of smoke, tar and nicotine compared to cigarettes, a 2016 study found. Plus, the charcoal briquettes deliver additional toxins, especially carbon monoxide -- possibly as much as nine to 10 times as much as cigarettes, according to a small study presented in November at the American Heart Association's Scientific Sessions conference.

"The whole waterpipe apparatus acts as a connection between the charcoal to the smoker's deepest airways," Maziak said.

While hookah smokers smoke less frequently than cigarette smokers, their sessions are longer. On average, hookah sessions last about 30 minutes to an hour compared to a five-minute cigarette break, prolonging exposure to toxins and harmful chemicals, Maziak said.

Mary Rezk-Hanna, an assistant professor at the UCLA School of Nursing, said there's not enough information on the long-term health impact of hookah smoking since the practice is still relatively new outside of the Middle East.

"While we know that long-term cigarette smoking damages cardiovascular health and can speculate it will be the same for hookah smoking, it needs to be studied empirically," she said.

Still, Rezk-Hanna and Maziak are both concerned that hookah smoking could be a gateway to other tobacco products for younger Americans because waterpipe use introduces the hand-to-mouth habit as well as nicotine, one of the most addictive substances.

"There are concerns that hookah smoking could be addicting a new generation of kids, adolescents and young adults who aren't fully aware of what they are smoking and the relative consequences," said Rezk-Hanna.