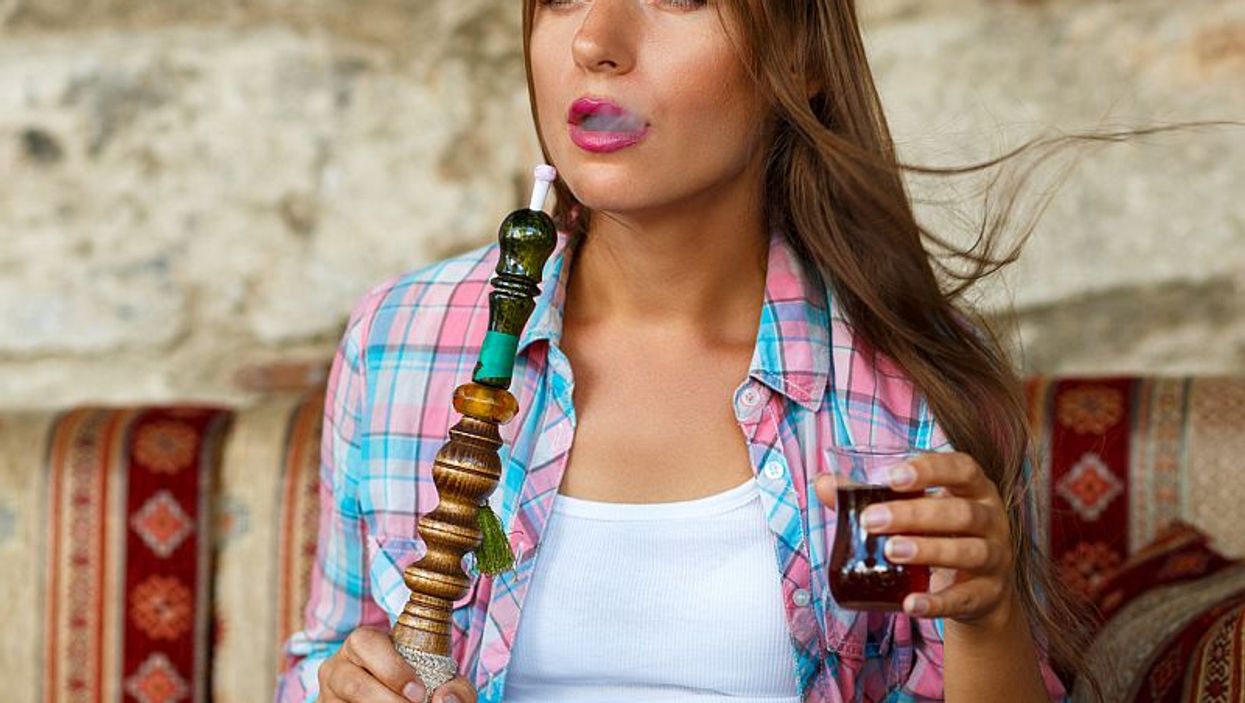 MONDAY, Nov. 5, 2018 (HealthDay News) -- Smoking a hookah may be as damaging to blood vessels as smoking cigarettes, a new study suggests.

Hookahs, also known as water pipes, have been touted as a harmless alternative to cigarettes, but researchers found that blood vessels were affected in the same way. In addition, when hookah water is heated with charcoal, a marked increase in carbon monoxide occurs.

"Hookah is the only form of tobacco product that uses burning charcoal briquettes to heat the flavored tobacco in the water pipe," explained study author Mary Rezk-Hanna, an assistant professor at the University of California, Los Angeles' School of Nursing.

"So, in addition to toxic substances from tobacco and nicotine, hookah smoke exposes users to charcoal combustion products, including large amounts of carbon monoxide," she said.

A hookah consists of a bowl, a chamber partially filled with water, hose and mouthpiece. It's designed to burn tobacco, which is usually fruit- or candy-flavored.

For the study, Rezk-Hanna and her colleagues studied 30 young adult hookah smokers, average age 26, before and after charcoal-heated hookah smoking. The researchers measured nicotine levels in blood, exhaled carbon monoxide and the ease of blood flow in vessels.

They also took the same measurements before and after 20 participants used an electrically heated hookah. In addition, they compared the results with cigarette smokers who smoked one cigarette.

Although nicotine levels increased with all smoking products, exhaled carbon monoxide increased nine- to 10-fold with charcoal-heated hookahs, compared with electronically heated hookah or with cigarettes, the researchers found.

Moreover, both types of hookah and cigarette smoking had a similarly negative effect on blood vessels, resulting in a decrease in blood flow.

The findings are scheduled to be presented Nov. 11 at the American Heart Association's annual meeting, in Chicago.

The main difference between charcoal-heated and electrically heated hookah and cigarette smoking are the high levels of carbon monoxide produced by the charcoal briquettes, the researchers said.

Carbon monoxide is known to expand blood vessels and appears to mask the impairment of blood vessel function, Rezk-Hanna explained in a meeting news release.

Hookah use, either charcoal-heated or electrically heated, may damage other aspects of blood vessel functions that are essential for cardiovascular health, the researchers concluded.

The U.S. Centers for Disease Control and Prevention offers more on hookah smoking.