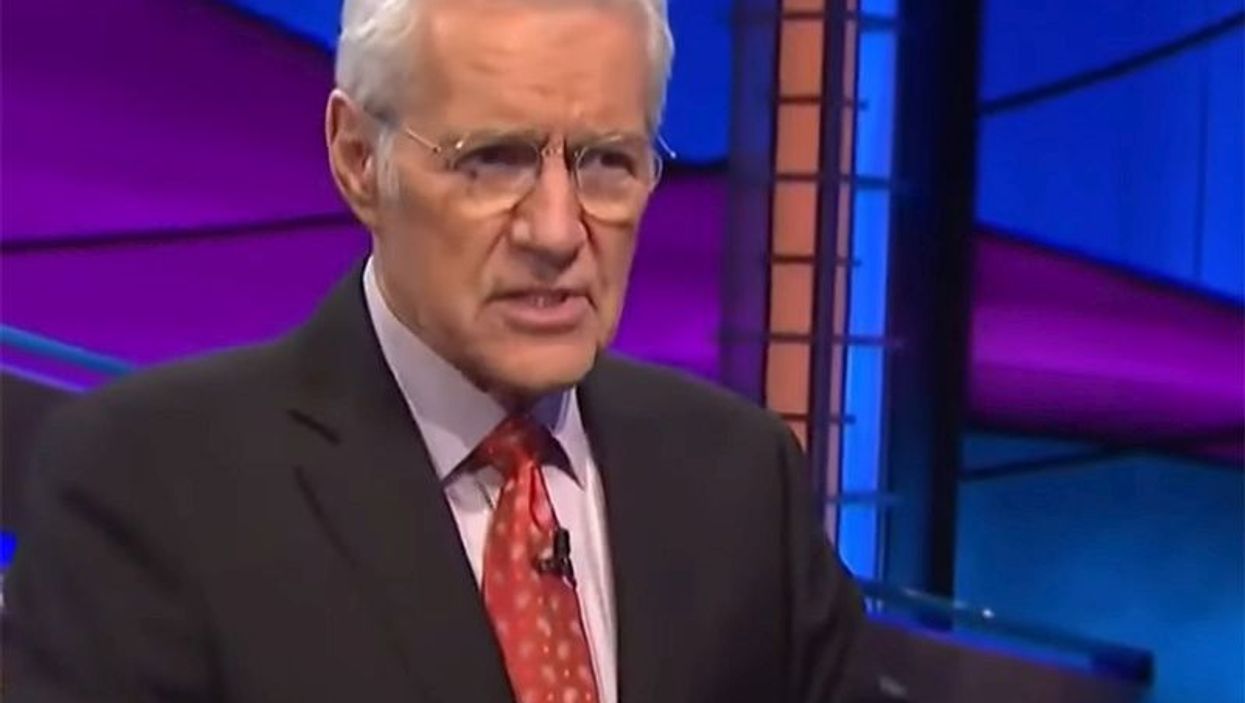 MONDAY, Oct. 7, 2019 (HealthDay News) -- "Jeopardy!" host Alex Trebek hinted in an interview that chemotherapy for stage 4 pancreatic cancer is taking a toll on his ability to host the popular game show.

The 79-year-old Trebek resumed chemotherapy last month after losing a large amount of weight and having his cancer-related numbers rise sharply, he told ABC's "Good Morning America" on Sept. 17.

And in an interview on Friday with Canadian television network CTV, Trebek said he's still on the job -- but some days are tough.

On the day after a chemo treatment, his vision "gets messed up a little," Trebek told the network, and another day later joint pain can set in.

His treatment has also led to sores in his mouth that can interfere with speech, Trebek added.

For the time being, however, he said he'll keep hosting "Jeopardy!" "as long as my skills do not diminish."

"I'm sure there are observant members of the television audience that notice also, but they're forgiving," he told CTV. "But there will come a point when they [fans and producers] will no longer be able to say, 'It's okay.'"

Two months later, he and his doctors announced that he appeared to be winning his battle against the disease. He responded incredibly well to treatments and was in "near remission," his doctors said in May.

"It's kind of mind-boggling," Trebek told People at the time. Even though the overall survival rate for pancreatic cancer is just 9%, Trebek responded well to chemotherapy.

"The doctors said they hadn't seen this kind of positive result in their memory -- some of the tumors have already shrunk by more than 50%," he told the magazine.

In late August, Trebek seemed to be doing so well that he returned to taping the 35th season of "Jeopardy!"

"Yup, [I] went all the way down to numbers that correspond with a normal human being without cancer," he told CTV. "[But] then all of a sudden, it blew up and went 50% higher than when it was first diagnosed. Go figure."

His journey with cancer hasn't always been easy, he said. In his interview with GMA, Trebek said he has sometimes been in "excruciating pain" and often suffers from fatigue. Mentally, he admits to sometimes feeling a "surge of sadness" and "depression."

For now, Trebek credits the warmth and support of fans for any inroads he's made against the cancer.

"I've got a couple million people out there who have expressed their good thoughts, their positive energy directed towards me and their prayers," he told People in May. "I told the doctors, this has to be more than just the chemo, and they agreed it could very well be an important part of this."

Because it is so often symptomless until it reaches an advanced stage, pancreatic cancer has a high fatality rate. According to the American Cancer Society, about 57,000 Americans will be diagnosed with the disease in 2019, and the illness is expected to claim nearly 46,000 lives.

In addition, pancreatic tumors are particularly aggressive "due to a mutational profile that makes it resistant to therapies that work better for other tumor types," explained Dr. Angela Alistar. She directs gastrointestinal medical oncology at Morristown Medical Center, in Morristown, N.J.

Trebek is philosophical about his chances, and said death doesn't frighten him.

"I'm not afraid of dying," the 79-year-old told CTV. "I've lived a good life, a full life, and I'm nearing the end of that life -- if it happens, why should I be afraid of that? One thing they're not going to say at my funeral, as a part of a eulogy, is 'He was taken from us too soon.'"

Born in 1940 in Sudbury, Ontario, Canada, Trebek initially was a TV journalist before hosting a Canadian quiz show, "Reach for the Top." That led to being hired to host U.S. game shows such as NBC's "The Wizard of Odds" in 1973 and "The $128,000 Question," before moving to "Jeopardy!" a decade later.

He's been a spokesperson for charities such as World Vision and Smile Train, and has entertained troops on numerous USO tours.

Trebek married twice -- to Elaine Callei in 1974 (the marriage lasted seven years) and then to Jean Currivan in 1990, with whom he had two children, Emily and Matthew.

Find out more about pancreatic cancer at the Pancreatic Cancer Action Network.