See What HealthDay Can Do For You
Contact Us
October 22, 2013

Reasons for link are unclear, but might involve inflammatory issues or differences in treatment 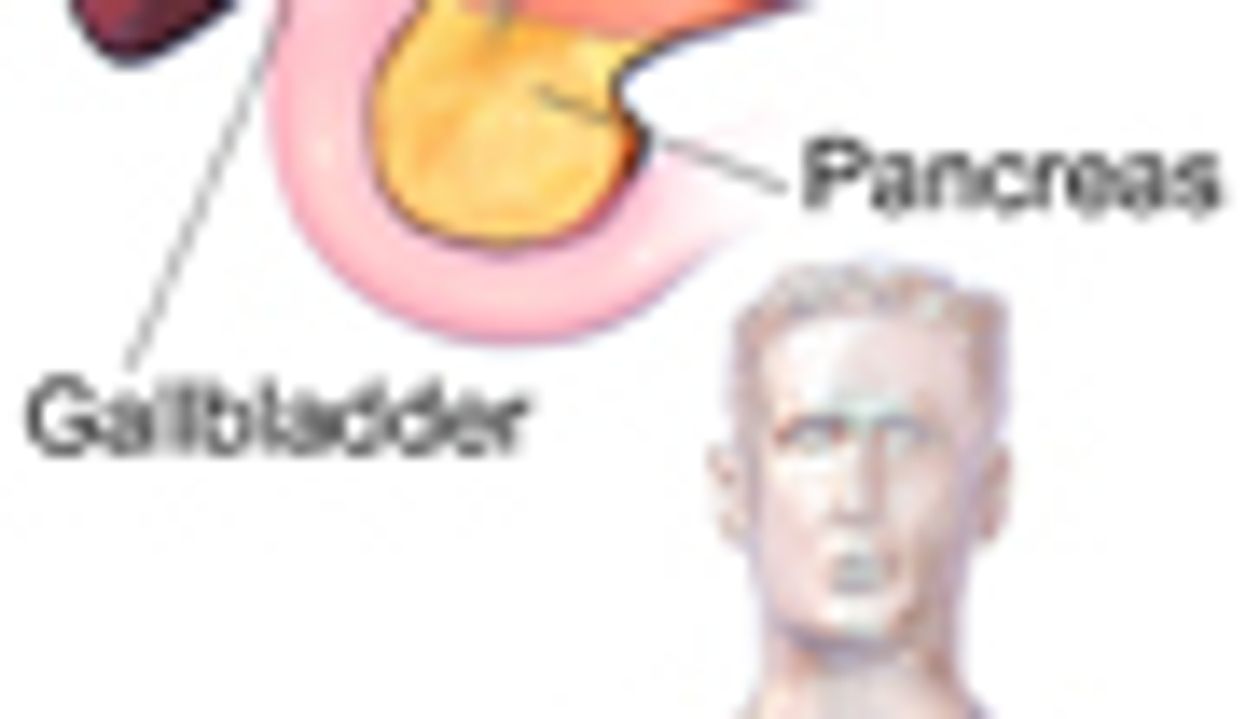 TUESDAY, Oct. 22, 2013 (HealthDay News) -- A diagnosis of pancreatic cancer usually carries with it a poor prognosis, and the news may be even worse for those who are obese: It could mean dying two to three months sooner than pancreatic cancer patients of normal weight, new research shows.

Prior studies have tied obesity to a higher chance of getting pancreatic cancer, but the new study asked whether the disease affects the tumor's aggressiveness and the patient's overall survival.

"[The new research] adds to the growing body of evidence that obesity is linked to cancer," said Dr. Smitha Krishnamurthi, an associate professor of medicine at the Case Western Reserve University School of Medicine.

The study was published Oct. 21 in the Journal of Clinical Oncology. Krishnamurthi was not involved in the new study, but did write a related journal commentary.

Because it is so often asymptomatic and is detected late, pancreatic cancer remains one of the most deadly tumor types. According to the American Cancer Society, more than 45,000 people will be diagnosed with the disease this year, and it will claim over 38,000 lives.

In the new study, a team led by Dr. Brian Wolpin, an assistant professor of medicine at the Dana-Farber Cancer Institute and Harvard Medical School, collected data on more than 900 patients with pancreatic cancer who took part in either the Nurses' Health Study or the Health Professionals Follow-Up Study. These patients were diagnosed during a 24-year period, the researchers said.

After diagnosis, the patients lived for an average of only five months. Normal-weight patients, however, lived two to three months longer than obese patients, the researchers found.

This association remained strong even after the researchers took into account factors such as age, sex, race, ethnicity, smoking and the stage of the cancer at diagnosis. The study did not, however, prove a cause-and-effect relationship between weight and length of survival.

It also seemed to matter how long the patient had been obese -- the association between weight and survival was strongest for the 202 patients who were obese 18 to 20 years before being diagnosed with pancreatic cancer.

Krishnamurthi said the reasons for the link aren't clear. She said the study can't tell us whether shorter survival in obese patients "was due to biologic changes that can occur in obesity, such as increased inflammation in the body, or whether the obesity caused other conditions that interfered with the treatment of pancreatic cancer."

"We need more research into how obesity may increase cancer rates and/or aggressiveness," she said.

In a statement from the journal, lead author Wolpin said the research "reinforces the importance of maintaining a healthy weight throughout your life, which may lead to better outcomes after diagnosis and help prevent pancreatic cancer from developing."

"While our findings will not affect the way we treat patients today, they provide new leads for investigating the molecular pathways that may be responsible for the survival difference between obese and healthy-weight patients," Wolpin said. "Hopefully, in the future, that research will bring new approaches for treatment of pancreatic cancer."

"This finding may provide clues about the biology of pancreatic cancer that could eventually be useful in treating patients," said Eric Jacobs, strategic director of pharmacoepidemiology at the American Cancer Society.

"At this point, however, the great majority of pancreatic cancer patients, regardless of their weight, will die of their disease within a few years," Jacobs said. "The most important thing to know about obesity and pancreatic cancer is that maintaining a healthy weight throughout life can help lower the risk of ever developing this highly fatal cancer."