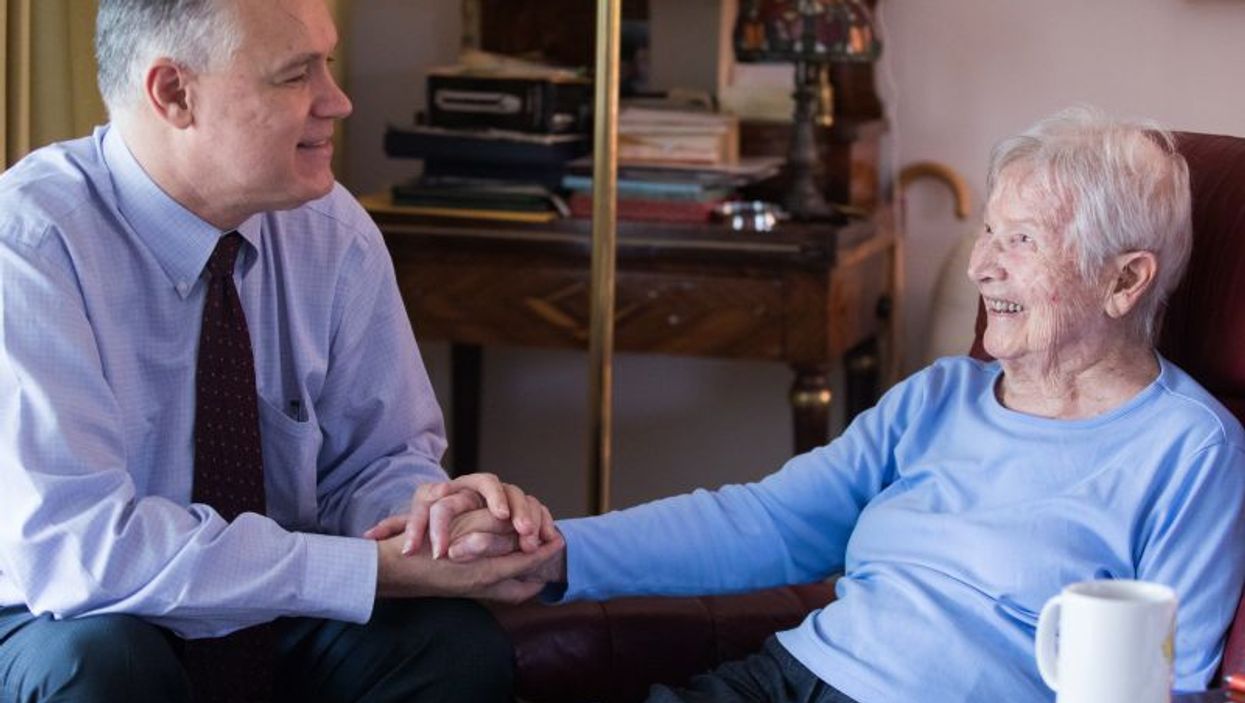 The 97-year-old woman had developed a severe case of what was thought to be an untreatable form of squamous cell carcinoma, the second leading form of skin cancer.

Lesions had developed over much of her right leg, in such numbers and size that chemotherapy and surgery were ruled out as treatments.

On a hunch, her doctor, Dr. Anna Nichols of the University of Miami's Sylvester Comprehensive Cancer Center, tried an unorthodox approach -- she injected each tumor with Gardasil, the HPV vaccine.

The result: All the tumors completely and rapidly disappeared.

Now cancer-free, McKenzie's mother is getting ready to celebrate her 100th birthday this fall.

"This outcome was more than what I had even hoped for," her son said. "It was like the tumors were going through a dying phase, one by one."

No one is claiming that the outcome in this single case will translate to skin cancer patients generally. Still, McKenzie hopes his mom's experience spurs more research.

"I hope that this treatment can be further tested and used in clinical trials, as the benefit is just too practical to be ignored," he said.

But there's been little study on its use as a treatment for existing tumors, said Nichols. She's an assistant professor at the cancer center's department of dermatology and cutaneous surgery.

Nichols' own research, involving two prior patients, had suggested the vaccine might curb skin cancer growth. So, in the new case, her team decided to try Gardasil as an "off-label" therapy -- a use not yet approved by the U.S. Food and Drug Administration.

Nichols first administered two vaccine doses in the woman's arm. Several weeks later, additional injections were administered directly into some of her tumors. The treatment was applied a total of four times, spread out over an 11-month period.

Less than a year following the initial direct-to-tumor vaccine injection, all of the treated tumors disappeared, Nichols said. What's more, over the two-year post-treatment period, there's been no skin cancer recurrence.

"We were surprised that all of the patient's tumors regressed," said Nichols, "even those that were not directly injected with the HPV vaccine. This has never been reported until now."

Many questions remain, of course. More testing is planned to reconfirm the vaccine's effectiveness against squamous cell carcinomas, Nichols said. It's unclear if it will prove similarly effective against other forms of skin cancer.

But Nichols believes that the HPV vaccine "could be considered for carefully selected patients who have limited conventional treatment options."

According to the American Cancer Society (ACS), squamous cell carcinoma accounts for roughly 20 percent of all skin cancer cases. The disease typically manifests in those areas of the body that are commonly exposed to the sun, such as the face, ears, neck, lips or hands.

Surgery is normally the standard of care, Nichols and her team noted. But in cases where multiple lesions have developed, surgery is not always a realistic option.

Dr. Len Lichtenfeld is deputy chief medical officer for the American Cancer Society. He said the "concept of injecting a vaccine or an infectious agent into a cancer tumor is not in and of itself new. What's new is the use of the HPV vaccine.

"And what likely has happened here," he said, "is that by injecting it into the tumor cells the vaccine helped the patient's own defense mechanism respond in such a way as to attack the cancer in that location.

"That itself is a very important observation," Lichtenfeld believes. "And it certainly is intriguing. And I suspect it's one that's going to be looked into further and quickly. Because these are cancers for which we don't have much to offer, in this kind of a situation.

"And if this is repeated on a larger scale, that would certainly be important for patient care," he said.

"This proved to me the power of immunizations and the role they play with the immune system," he said. "Fighting cancer by making the immune system recognize the tumors seems so logical, and worth further exploration."

The case report was published earlier this month in JAMA Dermatology.

Find out more about squamous cell carcinoma at the American Cancer Society.