See What HealthDay Can Do For You
Contact Us
March 2, 2017

Some Melanoma Survivors Still Seek Out the Sun

1 in 5 had suffered a sunburn in the past year, study finds 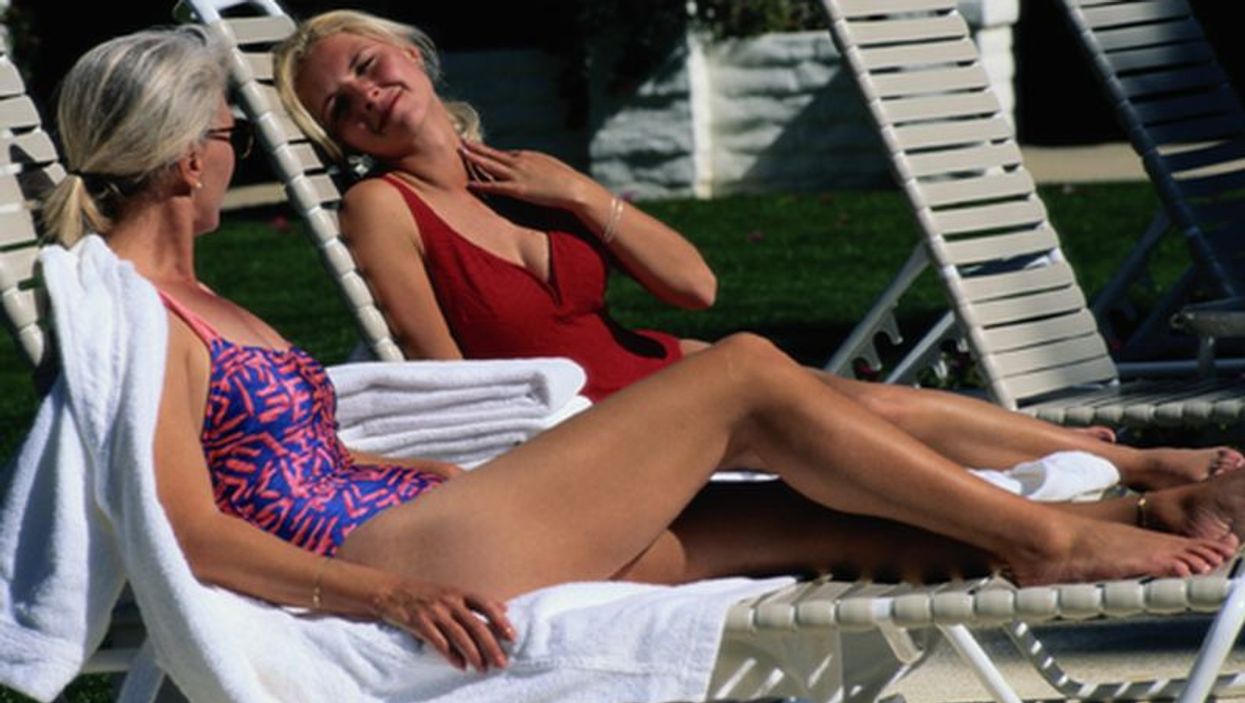 THURSDAY, March 2, 2017 (HealthDay News) -- Even after surviving the potentially deadly skin cancer melanoma, some people continue to go out in the summer sun without protection.

That's the stunning finding of a study of more than 700 melanoma survivors that revealed that 20 percent of them had suffered a sunburn in the past year. And only 62 percent said they "often" or "always" wore sunscreen when they were outside on a summer day.

But many melanoma survivors are more vigilant about sun protection than other people their age, the study also found.

"They're doing OK, but there's room for improvement," said study lead researcher Rachel Vogel. She's an assistant professor at the University of Minnesota's department of obstetrics, gynecology and women's health.

"Survivors are doing better than other people, but that's not good enough," said Lichtenfeld, who was not involved in the study.

Until now, little has been known about sun exposure among melanoma survivors. So the new findings offer "important information" to doctors caring for those patients, he added.

"There can be an assumption among health care providers that patients are following our advice," Lichtenfeld noted. "But we can't assume."

The findings were published March 2 in the journal Cancer Epidemiology, Biomarkers & Prevention.

Melanoma is the least common -- but most dangerous -- form of skin cancer. The ACS estimates that roughly 87,000 Americans will be diagnosed with melanoma this year, and nearly 10,000 will die of the disease.

While melanoma accounts for only 1 percent of all skin cancers in the United States, it is responsible for most deaths.

What's more, melanoma has been on the rise for the past 30 years, according to the ACS. There are probably multiple reasons for that, Vogel said, but people's greater exposure to ultraviolet light from the sun is thought to be one.

In general, doctors say, the most important step people can take to cut their melanoma risk is to limit their exposure to ultraviolet (UV) light -- from the sun or tanning beds.

And that advice certainly applies to melanoma survivors, to lower the chances of a recurrence, Lichtenfeld said.

"We do know that additional UV exposure adds to the risk. It's cumulative," he explained.

The new findings were based on a survey of 724 melanoma survivors and 660 adults the same age with no history of the disease (the "control" group). On average, the survivors had been diagnosed 10 years earlier, when they were between the ages of 25 and 59.

The good news, the study found, was that most survivors were more vigilant about sun protection compared to the control group.

But there was not-so-good news, too. Three-quarters of survivors, for instance, said they typically spent at least two hours in the summer sun on weekend days.

And that was often without optimal protection. Roughly 38 percent said they usually did not wear sunscreen when they were outside in the summer. And less than half said they typically tried to stay in the shade, the findings showed.

Overall, 20 percent of survivors said they'd had a sunburn in the past year. And 10 percent said they'd sunbathed with the aim of getting a tan.

What the study cannot answer is why.

But Vogel speculated on some reasons.

The passage of time could be one, she said: Other research suggests that melanoma survivors are fairly vigilant about sun protection soon after their diagnosis -- but that wanes over time.

It's also possible that some survivors do not understand how serious melanoma is, Vogel said. Unless they are fully educated about the disease, they might not realize it's different from the much more common, less aggressive forms of skin cancer.

Plus, Vogel said, "behavior change, in general, is difficult."

Lichtenfeld agreed. While staying out of the sun might sound easy, he noted, that's not always true.

Some people have jobs, or active lifestyles, that keep them outside, Lichtenfeld said. And they may not always remember to cover up or slather on sunscreen.

And, he added, "There is research showing that for some people, tanning can be addictive."

To Vogel, the findings have a clear practical implication: "Doctors and patients should talk about making sun protection routine," she said. "Make it a part of your daily life to use sunscreen, wear long sleeves and put a hat on."

But, that advice isn't only for melanoma survivors, Vogel said. It can also help protect people from developing the cancer in the first place, she said.

The American Cancer Society has advice on sun exposure.