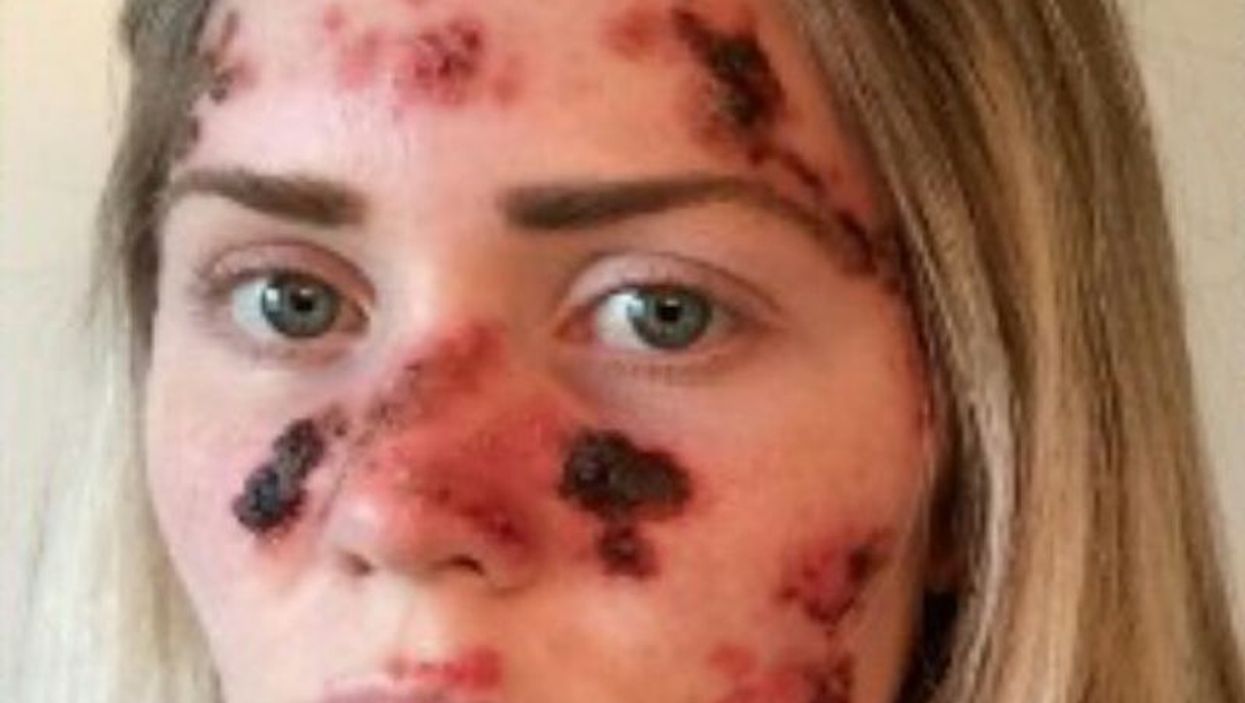 WEDNESDAY, Dec. 13, 2017 (HealthDay News) -- You don't have to be famous for your public health message to reach millions.

A new case study describes how Tawny Dzierzek, a young nurse from Kentucky, posted a startling selfie on social media in April 2015, shortly after she had a skin cancer treatment.

Her selfie was shared 50,000 times on social media in less than a month, and her story received widespread media attention. Google searches about skin cancer climbed to near-record levels when news coverage about Dzierzek's selfie was at its peak, according to the case study published Dec. 13 in the journal Preventive Medicine.

"A growing body of research shows that [personal] stories can be very impactful -- more impactful than [educational] information -- in delivering a health message," said study author Seth Noar. He's a professor at the University of North Carolina's School of Media and Journalism.

"This event was really a perfect storm of a compelling story and graphic selfie, which seems to have led this Facebook post to go viral," Noar added in a university news release.

If public health researchers and groups identified such events when they occur, they could ramp up messages about medical issues and reach many more people, the study authors suggested.

"When this happened, it really captured the public's attention on social media and through national media coverage," Noar said. "That's an opportune time for all of us to get the message out about the dangers of tanning beds."

Ultraviolet radiation from the sun and tanning beds is categorized as a known carcinogen by the World Health Organization. Tanning beds cause as many as 400,000 cases of skin cancer each year in the United States, according to the American Academy of Dermatology.

"Tanning bed use has been starting to decline, and events like this may play a role by reaching people through a 21st century medium with a real story that strikes a chord at a very human level," Noar said.

The U.S. National Cancer Institute has more on skin cancer.