AHA: How to Beat Triggers That Make You Crave a Cigarette 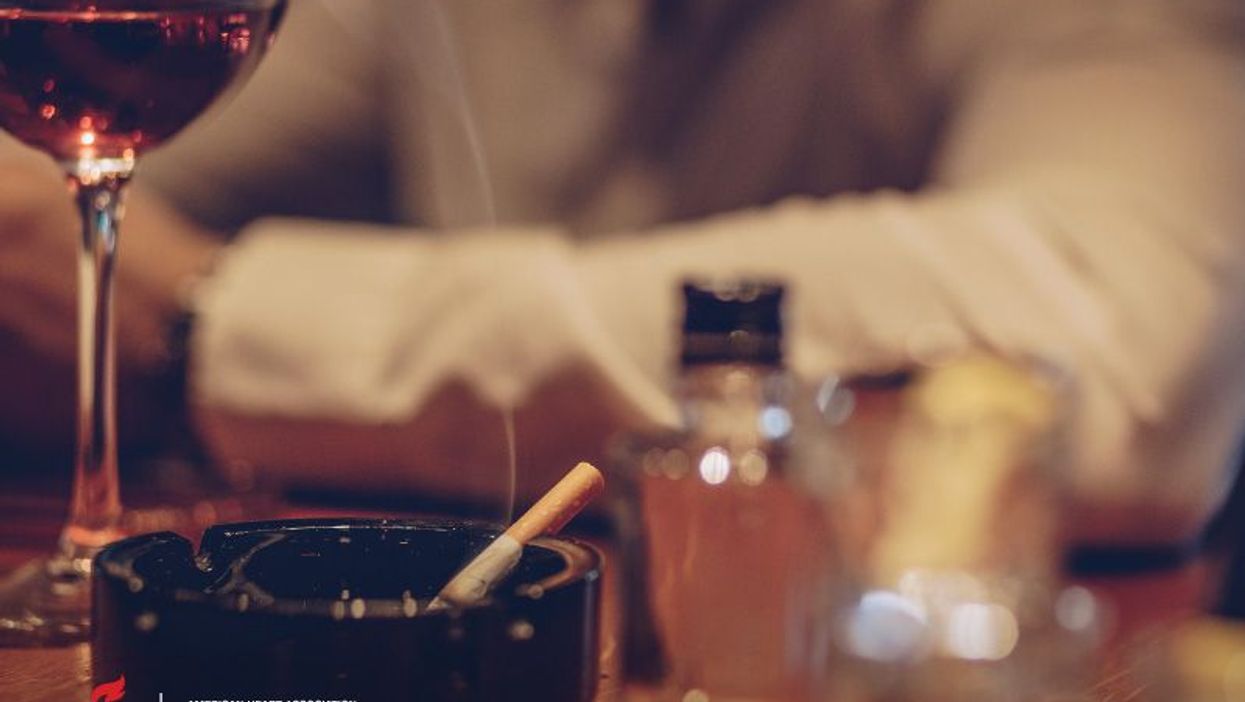 TUESDAY, Oct. 30, 2018 (American Heart Association) -- When Rafe Poirrier smoked cigarettes, he smoked as soon as he woke, after eating, while driving, and whenever he took a break at work.

"I think my favorite (part) was socializing -- hanging out with smokers outside an office building, at a bar or in a park," said Poirrier, 51, of Houston.

Physical cravings, combined with environmental, behavioral and personal triggers like those Poirrier experienced, can make quitting very difficult. In fact, a 2009 study showed that simply viewing an image of a person smoking can trigger someone who has recently quit to abandon their newfound resolve.

The classic example of how a trigger works is from Psychology 101: Pavlov's dogs salivated every time they heard Ivan Pavlov ring a bell because the researcher always rang a bell before feeding them.

Jacobs, who specializes in helping people form good health habits, adds that when a person smokes while drinking coffee, for example, cigarettes and coffee eventually become associated so that when the person drinks coffee he or she automatically wants a cigarette. "Coffee becomes a trigger," he said.

Triggers come in a few categories. Etta Short, director of clinical development and support at Optum, a corporate tobacco cessation program, said dependence on the nicotine in tobacco causes physical cravings that become paired with actions and emotions throughout the day.

Triggers associated with behaviors include driving, finishing a meal or talking on the phone. Environmental triggers include spending time with smoking friends or being at a bar or music concert. And emotional triggers can include stress, boredom, anger or even pleasurable feelings.

For Poirrier, who started smoking at age 20 while on a college exchange program in France, it was a business trip. Although he had quit smoking two years earlier, returning to Paris caused a personal trigger so strong and so unexpected that he relapsed.

"I think the need to smoke was fueled by nostalgia," said Poirrier, who smoked for more than two decades.

His relapse was short-lived. He walked throughout the city smoking the cigarettes in that single pack for hours, then took the metro back to his hotel, smoked one last cigarette outside and tossed the remainder.

Poirrier initially quit when his workplace became smoke-free, which caused him to cut back from his three-pack-a-day habit to one pack a day. But he also had a constant cough, struggled to catch his breath when walking up stairs and was concerned about the effects of secondhand smoke on his kids. He said staying focused on the benefits of not smoking helps him to avoid triggers now.

Tying your motivation to quit to those types of core values can really help, Short said. "Living up to core values is a strong intrinsic reinforcement that helps the person stick to the plan and not let triggers get in the way of the resolve."

Short said the way to turn your back on triggers is to anticipate them and make a plan with coping strategies, such as substitutes for smoking, distractions, relaxation techniques and motivating statements. She also recommends nicotine replacement therapy to manage physical cravings so that the person can stay focused.

"The first two to four weeks are the toughest," she said. "But for many people, it takes much longer for all triggers to fade."