AHA: Why It's So Hard to Quit Smoking 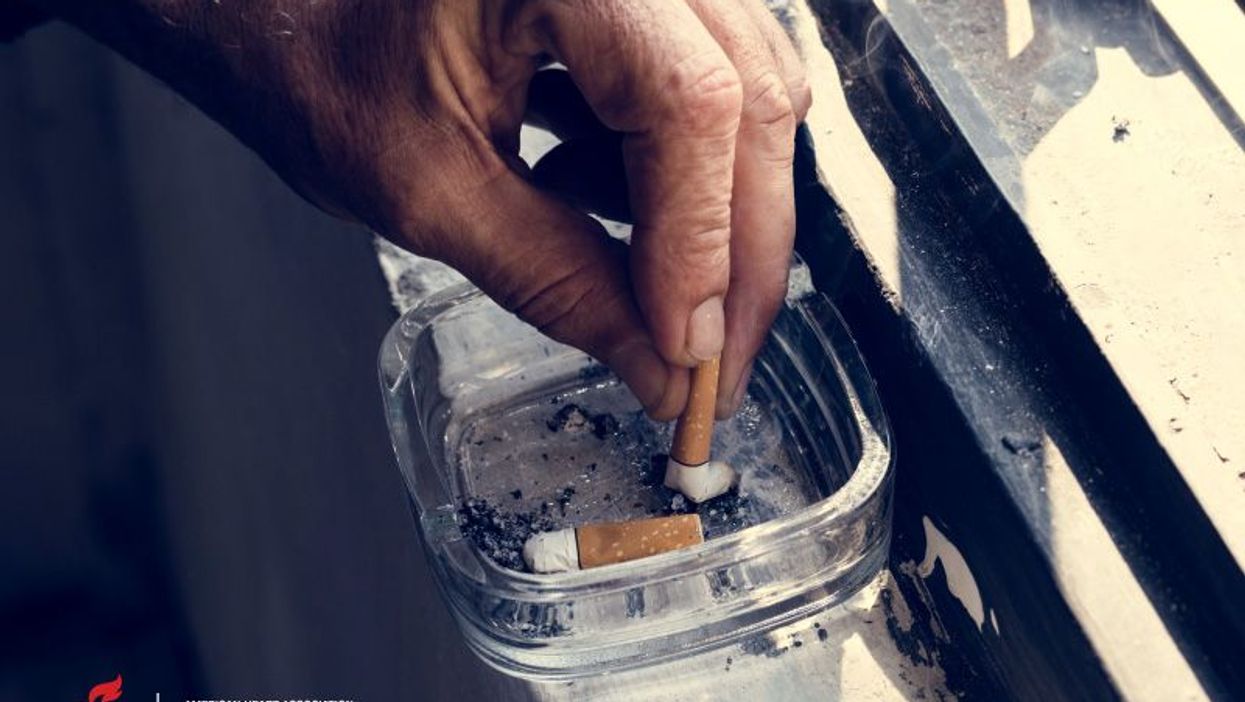 WEDNESDAY, Oct. 17, 2018 (American Heart Association) -- The science behind why it's so difficult to quit smoking is crystal clear: Nicotine is addictive -- reportedly as addictive as cocaine or heroin.

Yet any adult can stroll into a drug store and buy a pack of cigarettes, no questions asked.

"From a scientific standpoint, nicotine is just as hard, or harder, to quit than heroin but people don't recognize that," said Dr. Neil Benowitz, a nicotine researcher at the University of California, San Francisco.

Smoking is the world's leading preventable cause of death. More than 1.1 billion people worldwide smoke, according to the World Health Organization. And more are continually joining the ranks. Every day in the U.S. alone, more than 3,200 youth 18 and younger smoke their first cigarette, while another 2,100 youth and young adults move from smoking occasionally to having a daily habit.

In 1964, the U.S. surgeon general's famous report, "Smoking and Health," linked smoking to cancer. Two decades later in 1988, another landmark surgeon general's report on nicotine addiction declared nicotine to be as addictive as cocaine or heroin.

"Every drug of abuse, including nicotine, releases dopamine, which makes it pleasurable to use," said Benowitz. "And when you stop smoking, you have a deficiency of dopamine release, which causes a state of dysphoria: you feel anxious or depressed."

Nicotine also acts as a stimulant, said Benowitz. "It helps people concentrate, and if they don't have a cigarette, they have trouble focusing."

The U.S. Food and Drug Administration intends to implement new rules that would reduce the level of nicotine in tobacco products to "minimally addictive" or "non-addictive" levels. It's not clear when the FDA will issue its new ruling.

Benowitz said he's "cautiously optimistic" that the FDA will force tobacco companies to make cigarettes non-addictive. "If they did, I think that would really be the end of the cigarette epidemic," he said.

Meanwhile, debate rages over increasingly popular e-cigarettes, which are marketed as a healthier alternative to traditional cigarettes. E-cigarette vapor doesn't contain as many toxic chemicals as the smoke from regular cigarettes. However, most e-cigarettes contain nicotine and some deliver dangerous chemicals such as formaldehyde.

Critics of e-cigarettes complain that makers are marketing them to youth by selling them in a variety of kid-friendly flavors, from pizza to cookies-and-cream.

"We still need a lot of studies on all of these chemicals," Benowitz said. "E-cigarettes may pose some harms we don't yet know about."

Many people find they are unable to stop smoking on their own. Benowitz said nicotine patches, nicotine gum and smoking-withdrawal medications are all proven ways to increase a person's odds of quitting. Support groups and quit lines can also help.

Gary A. Giovino, a nicotine researcher at the State University of New York at Buffalo, said as helpful as medication can be, people who really want to quit smoking also have to be willing to modify their lifestyle.

"People need to focus on behavioral change …, they need the right skills and knowledge and social support. They need a plan," said Giovino, a professor and chair of his school's Department of Community Health and Health Behavior, who quit smoking 40 years ago.

Giovino said good nutrition may be an important factor in helping people quit. He hopes to launch a study that will look at whether there is a correlation between smokers' vitamin D levels and their ability to stop smoking. He said he'd also like to see researchers explore whether plant-based diets, B vitamins and hydration impact nicotine addiction.

Giovino advises people to tap into the "mind-body connection" and try yoga and deep breathing techniques to help them quit. "After a meal, instead of taking a long breath on a cigarette, (a smoker could) try taking a long, deep breath and exhale without the 7,000 chemicals," he said.

It's also important for those who have decided to quit to prepare themselves for how difficult it will be, Giovino said.

"There's this real roller-coaster ride of not feeling well and being irritable and having cravings," he said. "The first few days might be very intense, then it might level off and come back again. But the longer you're off cigarettes, the more your brain goes through the process of neural adaptation, the more you recover. And eventually, the ride subsides."