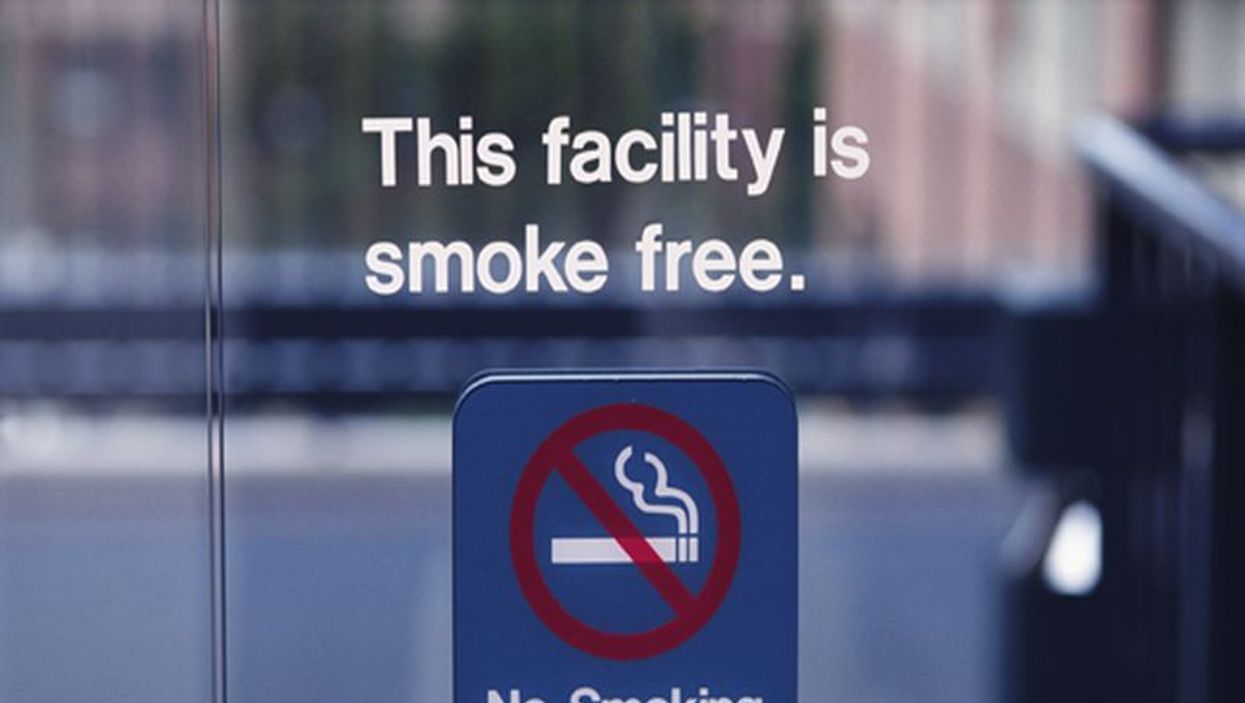 WEDNESDAY, May 9, 2018 (HealthDay News) -- Harmful cigarette smoke residue may be lurking in rooms where no one has ever lit up, researchers report.

In a new study, scientists from Drexel University in Philadelphia found that in an empty, nonsmoking classroom, nearly 30 percent of the tiny particles in the air were linked with cigarette smoke -- what is called "third-hand" smoke.

"We didn't expect to see a nonsmoking environment having such a signature of tobacco smoke," said lead researcher Peter DeCarlo, an associate professor of environmental engineering.

The dangers of second-hand smoke are well documented. But whether exposure to third-hand smoke carries the same health harms for people isn't known, DeCarlo noted.

However, animal studies have found that exposure to third-hand smoke can have negative effects on health, he said.

In nonsmoking areas, particles from smoking enter through ventilation systems and on clothing, and these particles cling to walls and furniture. They are difficult to remove and can emit harmful chemicals for years, DeCarlo explained.

In lab tests, the investigators used cigarette smoke to confirm that tobacco residue can travel from its source to areas where no one has ever smoked.

Dr. Norman Edelman, a senior scientific adviser to the American Lung Association, pointed out that "for a long period of time, lots of people were skeptical as to whether second-hand smoke was dangerous."

Then, extensive studies proved clearly that second-hand smoke is bad. "Now we are faced with third-hand smoke," he said.

For some people, such as those with asthma, third-hand smoke is dangerous, Edelman said. The question that remains is whether it's dangerous to the general public, he noted.

Overall, 29 percent of the tiny indoor particulate matter that people can inhale in a nonsmoking room was associated with the residue of third-hand smoke, the researchers found.

And, DeCarlo said, these findings may also apply to particles released by e-cigarettes.

"People should know that nonsmoking environments aren't necessarily free of smoking residue or exposure to tobacco smoke," he warned.

Suzaynn Schick, an associate professor at the University of California, San Francisco's division of occupational and environmental medicine, explained that once in the air, particles from tobacco smoke persist for a long time.

Once stuck, they can remain for months, and even years, and release new and sometimes more toxic chemicals, she said.

"What makes this study so remarkable is that Drexel University has been smoke-free for over 20 years, and the overall air quality during their experiments was very high," Schick added.

This paper adds proof that even very small amounts of cigarette smoke have large effects on indoor air quality, she said.

Small airborne particles are important because they travel deep into the lungs, and even small increases in airborne particle concentrations increase the risk of cardiovascular disease and lung disease, Schick noted.

"Because the use of tobacco products has such a strong effect on indoor air chemistry, enforcing strong smoke-free policies and providing comprehensive services to smokers who wish to quit are vital tools to keep indoor air clean and protect the public health," she said.

The report was published online May 9 in the journal Science Advances.

For more about third-hand smoke, visit the National Center for Health Research.