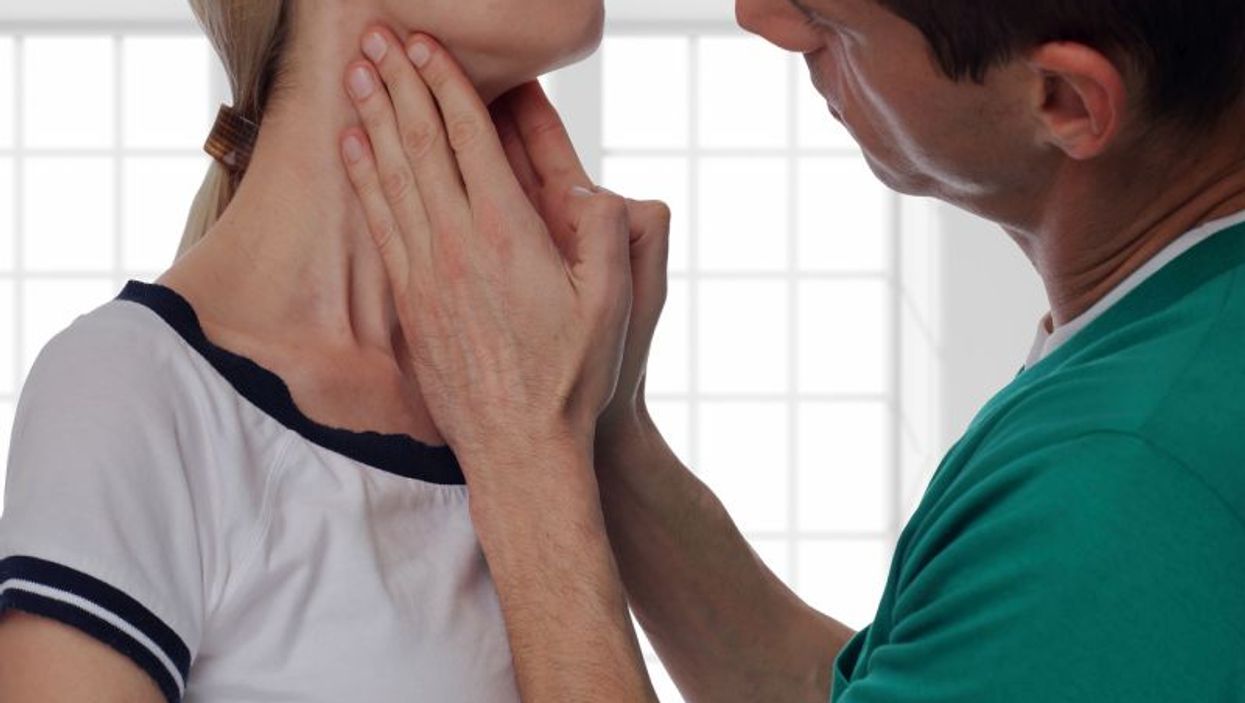 Nearly twice as many people wanted their entire thyroid removed when doctors used the wording "papillary thyroid cancer," as opposed to a "papillary lesion" or "abnormal cells," the Australian researchers found.

Doctors should "be aware of the impact that the term 'cancer' has on patients' anxiety and treatment preferences, which in turn may be driving potential overdiagnosis and overtreatment of some low-risk cancers, such as papillary thyroid cancer," said senior researcher Kirsten McCaffery. She's a behavioral scientist with the University of Sydney's School of Public Health.

There's a growing consensus among cancer doctors that removal of the thyroid gland is an overreaction in most thyroid cancers.

Most cases of thyroid cancer can be treated either by partial removal of the gland or by simply keeping a watchful eye on the cancer, the study authors explained in background notes.

Four out of five patients who have surgery to treat thyroid cancer undergo a full removal of the gland, even though only about 2 percent of people die from their thyroid cancer over 25 years, recent research has shown.

But patients also have a say in their care, and that could be influencing the decision to remove the entire thyroid in cases where that simply isn't needed, the Australian researchers said.

Any diagnosis of cancer can be "terrifying and shocking to hear," McCaffery said. "Many patients we've interviewed report not being able to think of anything else once the word 'cancer' is used."

To see whether the emotional response to the word is influencing treatment decisions, McCaffery and her colleagues presented 550 healthy adult Australians with a series of three different hypothetical medical scenarios.

All three scenarios were based on a diagnosis of papillary thyroid cancer. About eight out of 10 thyroid cancers are papillary cancers, which tend to grow very slowly and usually develop in only one lobe of the thyroid gland, according to the American Cancer Society.

However, doctors referred to papillary thyroid cancer in only one of the three scenarios. In the other two, they used different terms to describe the same condition: papillary lesion; or abnormal cells.

About 20 percent of people wanted their whole thyroid removed when the word cancer was used. Only about 11 percent of the same people opted for full thyroid removal when it was called a papillary lesion or abnormal cells.

Surgery is not necessarily the best option to treat some cancers, Brawley said. Prostate cancer is the most well-known example of this, but another is bladder cancer.

Doctors treating those cancers have been adjusting their language to make active surveillance a more palatable option for patients, he added.

The scoring method for prostate cancer has been altered to make low-risk tumors seem less frightening to patients, Brawley explained, and urologists and pathologists have removed the word "cancer" from some bladder pathologies.

"We have proven that what looks like cancer under the microscope is not necessarily cancer. It's something that may not grow, spread and kill," Brawley said.

"For the last 100 years, people have been taught if you find cancer, cut it out. We need to change that teaching and realize that certain cancers need to be treated less aggressively," Brawley said. "That would be my preference. I don't know if that's doable."

At this time, McCaffery wouldn't recommend that doctors omit the word "cancer" when discussing papillary thyroid cancer with patients, since doing so would not be medically ethical.

"We hope that our findings will add to the evidence on the impact that the cancer term may have on patients, which may help progress current international discussion and debate amongst cancer experts about the reclassification of these low-risk tumors," McCaffery said.

International experts have previously called for low-risk cancers like papillary thyroid cancer to be reclassified, with the term "cancer" removed because the tumors are not likely to spread or kill, she said.

"Our work adds further evidence to support this call for reclassification and the consideration of redefining what we call cancer," McCaffery said. "Important cancer organizations, cancer patient groups and citizens also need to be consulted on this topic and included in this debate."

The American Cancer Society has more about thyroid cancer.