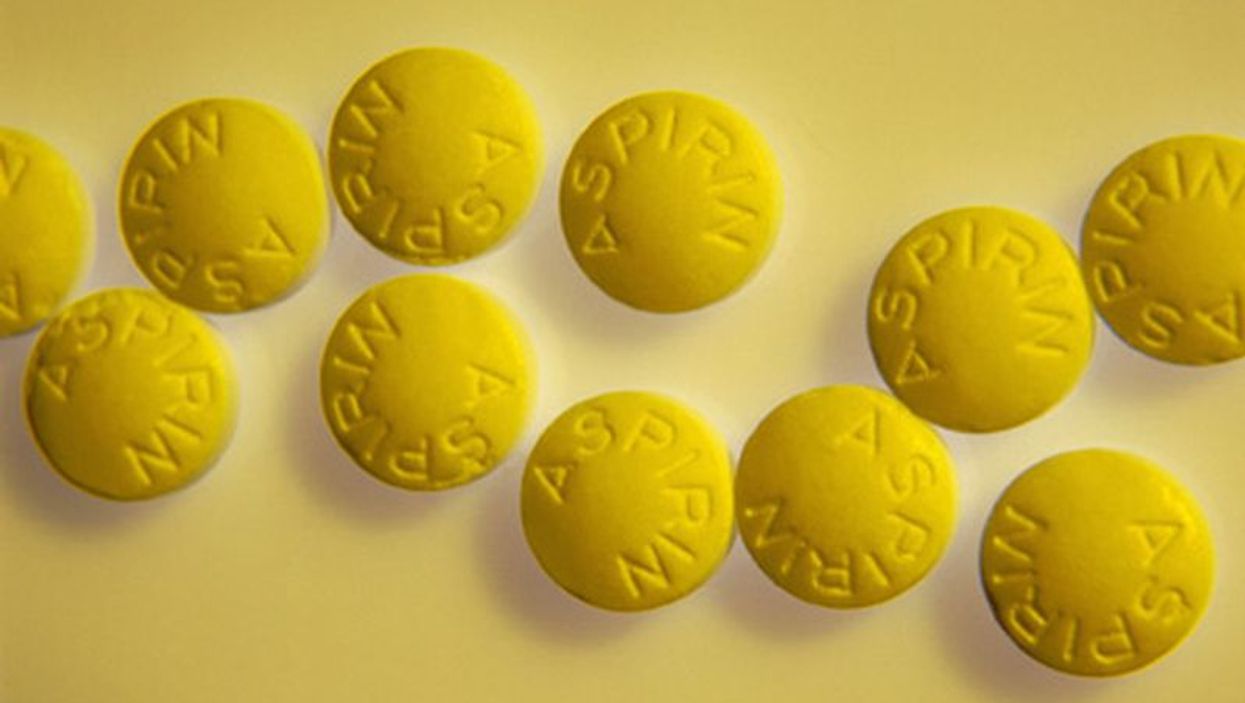 TUESDAY, Aug. 1, 2017 (HealthDay News) -- Some research has raised concerns about the safety of aspirin for heart failure patients, but a new study, published in the Aug. 1 issue of JACC: Heart Failure, appears to offer some reassurance.

Shunichi Homma, M.D., from the New York-Presbyterian/Columbia University Medical Center in New York City, and colleagues analyzed data from a clinical trial in which heart failure patients were randomly assigned to take either aspirin or warfarin. Patients in the aspirin group took 325 mg per day.

The study, of 2,305 patients, found that those on daily aspirin were not at heightened risk of being hospitalized for, or dying from, heart failure. Over 10 years, 19.3 percent of aspirin patients were hospitalized for heart failure, or died of the disease. That compared with 23.2 percent of warfarin users. Homma's team also accounted for other factors, including patients' age and heart disease severity. In the end, there was no statistical difference between the two groups in their risk of heart failure complications.

"Among patients with heart failure with reduced ejection fraction in the WARCEF [Warfarin Versus Aspirin in Reduced Cardiac Ejection Fraction] trial, there was no significant difference in risk of heart failure events between the aspirin and warfarin-treated patients," the authors write.