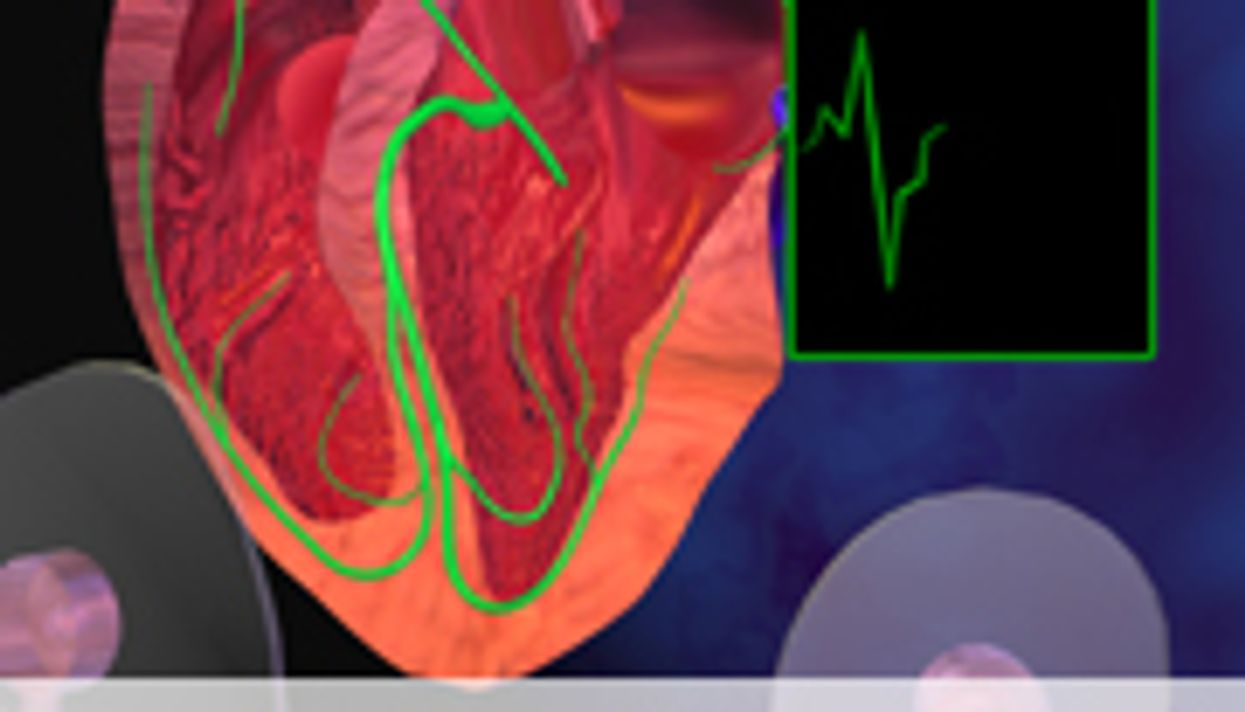 TUESDAY, Jan. 20, 2015 (HealthDay News) -- For patients with paroxysmal atrial fibrillation (PAF) who undergo AF ablation (AFA), a high ablation effectiveness quotient (AEQ) correlates with freedom from atrial tachyarrhythmia (AT), according to a study published online Jan. 15 in the Journal of Cardiovascular Electrophysiology.

Gareth J. Wynn, M.B.Ch.B., from the Liverpool Heart and Chest Hospital in the United Kingdom, and colleagues examined whether a high ratio between post-AFA levels of serum high-sensitivity cardiac troponin T (HScTnT) and duration of radiofrequency (RF) application (the AEQ) would correlate with early clinical success. HScTnT levels were measured prospectively in 60 patients at 12 to 18 hours after AFA, and the AEQ was calculated. Recurrence of AT was assessed during patient follow-up with electrocardiograms and Holter monitors.

The researchers found that early recurrence of AT occurred in 37 percent of patients within six months. There was no correlation between AT recurrence and left atrial size or comorbidities, nor RF time or HScTnT level. In those with versus those without recurrence, mean AEQ was significantly lower (P = 0.02). This finding was due to patients with PAF in whom early significance was maintained to one year. An AEQ of >0.4 ng/L/s predicted freedom from AT with 75 sensitivity and 90 percent specificity.

"A high AEQ correlates well with freedom from AT in patients with PAF in both the short and medium term," the authors write. "If confirmed in further studies, AEQ may become a useful marker of risk of AT post-AFA."