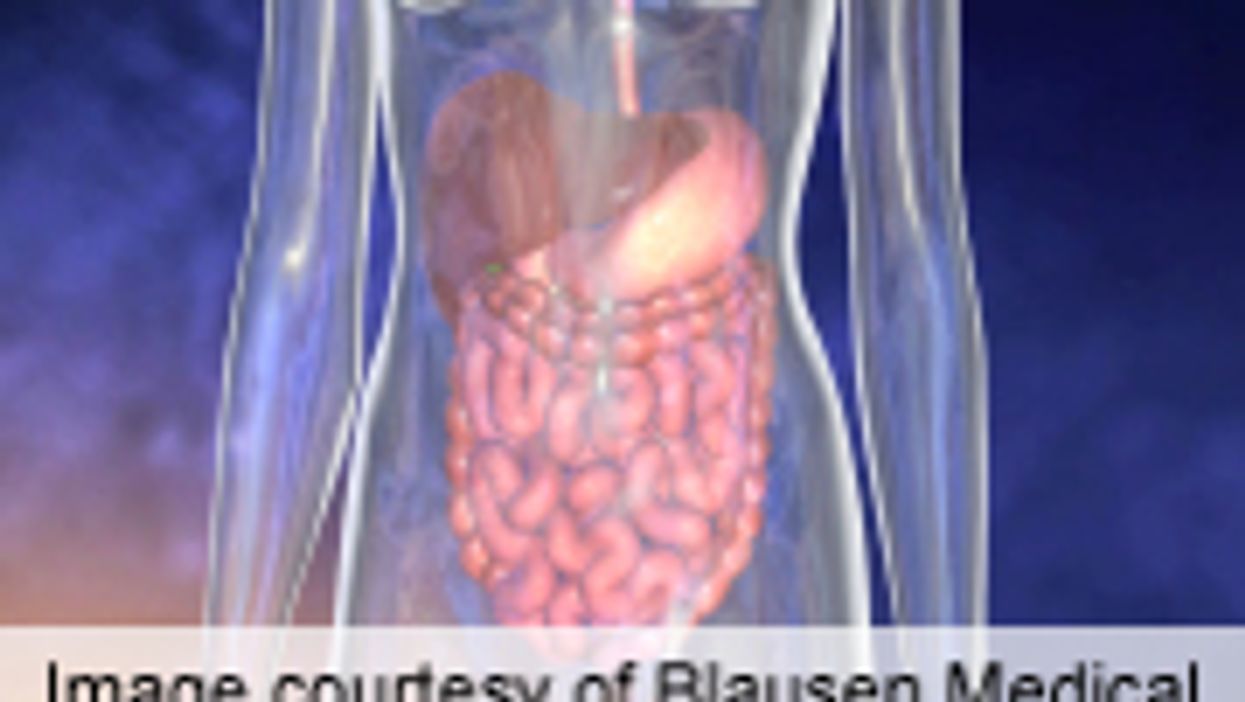 WEDNESDAY, April 24 (HealthDay News) -- Production of the proatherosclerotic metabolite trimethylamine-N-oxide (TMAO) is dependent on intestinal microbiota metabolism, and increased TMAO levels correlate with the risk of major adverse cardiovascular events, according to a study published in the April 25 issue of the New England Journal of Medicine.

W.H. Wilson Tang, M.D., from the Cleveland Clinic, and colleagues quantified plasma and urinary levels of TMAO and plasma choline and betaine levels after a phosphatidylcholine challenge in healthy participants before and after suppression of intestinal microbiota with antibiotics. In a cohort of 4,007 patients undergoing elective coronary angiography, the authors also examined the correlation between fasting plasma levels of TMAO and the incidence of major adverse cardiovascular events during three years of follow-up.

The authors found that after the challenge there were time-dependent increases in levels of TMAO and its d9 isotopologue, as well as of other choline metabolites. After administration of antibiotics, the plasma levels of TMAO were suppressed. The risk of major cardiovascular adverse events was elevated with increased levels of plasma TMAO (hazard ratio for highest versus lowest quartile, 2.54). After adjustment for traditional risk factors and in lower-risk subgroups, an increased risk of major adverse cardiovascular events was predicted by an elevated level of TMAO.

"The production of TMAO from dietary phosphatidylcholine is dependent on metabolism by the intestinal microbiota," the authors write. "Increased TMAO levels are associated with an increased risk of incident major adverse cardiovascular events."