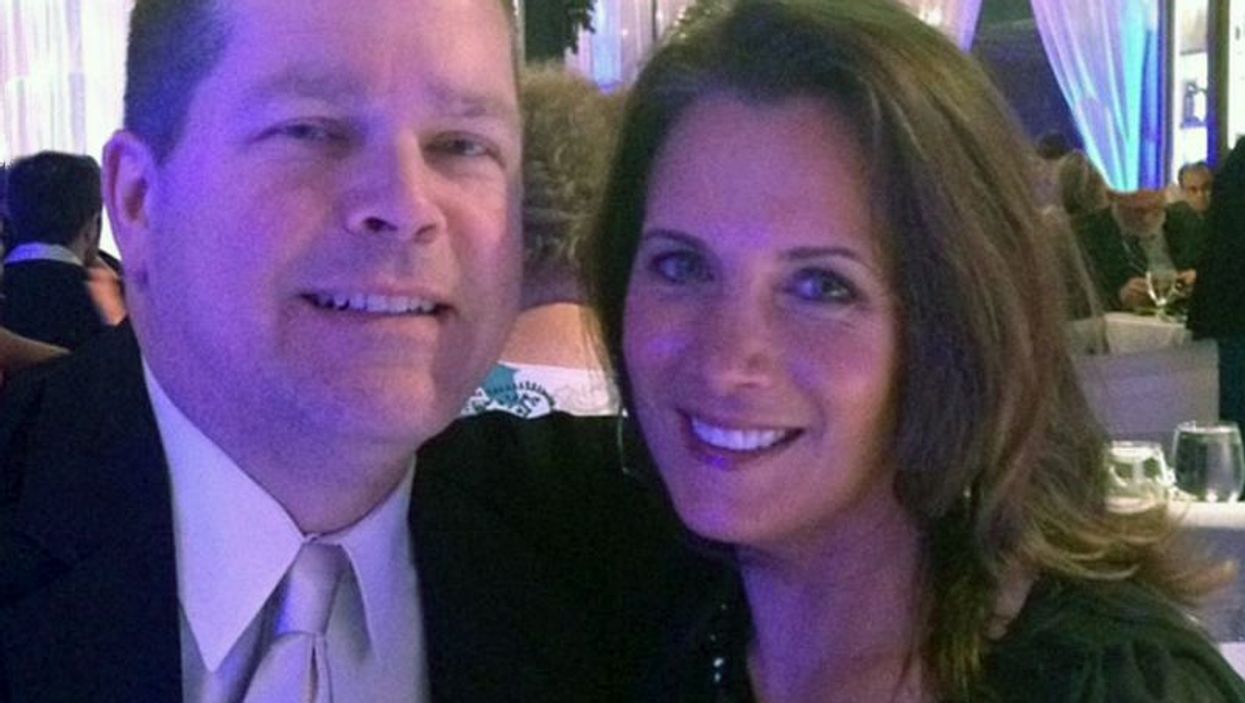 TUESDAY, Oct. 4, 2016 (HealthDay News) -- On March 19, 2015, Emmy-nominated news anchor and New York City TV journalist Lisa Colagrossi was on a routine assignment when she had what her husband, Todd Crawford, described as "a horrific coughing spell."

Colagrossi was rushed to a local hospital's intensive care unit and placed on life support. Within 24 hours, the 49-year-old WABC-TV reporter was dead.

The cause: the sudden rupture of an undiagnosed brain aneurysm.

"At the time we knew nothing about the condition," recalled Crawford. "It turned out Lisa was experiencing at least one of the classic warning signs -- the worst headache of her life -- but we didn't take the proper steps to address it given our lack of knowledge. If we had, she might be here today."

Since that day, Crawford has worked tirelessly to turn his family's painful loss into a public health gain through the founding of The Lisa Colagrossi Foundation (TLCF).

The organization's goal is "driving awareness for the signs, symptoms and risk factors associated with brain aneurysms."

"An aneurysm is a weak part on a blood vessel wall, like a blowout on a tire," explained Dr. Howard Riina, vice chair of NYU Langone Medical Center's department of neurosurgery in New York City. He's also director of TLCF's medical advisory board.

Up to 5 percent of Americans will develop a brain aneurysm, usually after the age of 40, according to the American Stroke Association.

When diagnosed, an unruptured brain aneurysm doesn't always turn into a life-threatening situation. Larger aneurysms can be successfully sealed off through surgery or a less invasive catheter-assisted procedure. Riina said the prognosis after these procedures is "excellent."

Small unruptured aneurysms may not require any treatment at all, as long as routine monitoring confirms no further growth.

Lifestyle changes can also make a difference, Crawford said. Quitting smoking or bringing high blood pressure under control can help limit the risk of an aneurysm rupture, he said.

But if undiagnosed, an aneurysm may enlarge over time, bulging out until it leaks or ruptures.

And a rupture, Riina warned, is generally bad news.

"One-third [of patients] will die," he said. "One-third never return completely to normal, and only one-third return to the previous level of functioning."

The vast majority of people at risk of a brain aneurysm and their loved ones know little or nothing at all about the problem or its warning signs, according to TLCF.

And 94 percent are unaware of the relatively higher overall risk faced by both blacks and women. Blacks have a 50 percent higher risk of brain aneurysm than other racial groups do, TLCF says.

Even more problematic, nearly 100 percent of Americans don't know the warning signs, undermining the need for quick medical attention. And roughly one-third mistakenly believe an aneurysm is neither preventable nor treatable, the foundation notes.

Riina emphasized that even those who are in otherwise excellent health should pay particular attention to one telltale sign of rupture trouble: the "worst headache of one's life."

Crawford, now living in Frankenmuth, Mich., recalled that just before his wife's death, she seemed the "picture of health," routinely working out three to four days a week.

Colagrossi was "completely healthy, other than the sudden onset of the worst headache of her life and sensitivity to light that she experienced for six weeks prior to her rupture," he said.

Anyone who has signs of a rupture should head straight to the ER, or call 911, Riina said.

Crawford and Riina believe such basic knowledge can literally be lifesaving. One case in point is aneurysm survivor Kris Sorensen.

On Sept. 25, 2015, the Sacramento, Calif. resident experienced a sudden, painful headache. For four days she had continuous pain, dizziness and neck stiffness. Luckily, Sorensen's sister had heard Crawford talk about aneurysm symptoms on the radio, and insisted that she see a doctor immediately.

"Ultimately, not one, but two aneurysms were found," said Sorensen, who was 51 at the time. "I eventually had surgery, where both were clipped.

"Looking back, not only did I have symptoms, but I was also at higher risk as I have had high blood pressure for several years," she said.

"If you are experiencing the symptoms, don't ignore them. A brain aneurysm doesn't need to be a death sentence. Be aware and take quick action," Sorensen added.

There's more on brain aneurysms at The Lisa Colagrossi Foundation.