See What HealthDay Can Do For You
Contact Us
July 9, 2012

More selective use of devices that keep arteries open could save U.S. $200 million a year 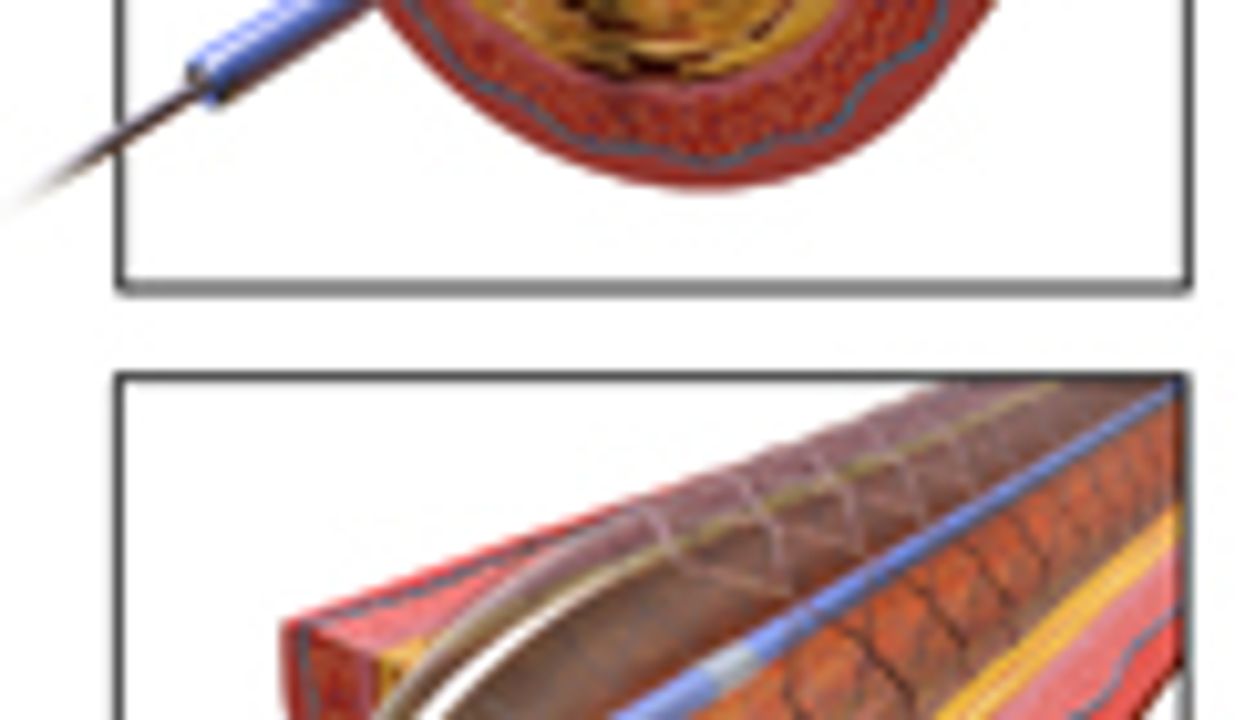 MONDAY, July 9, 2012 (HealthDay News) -- The use of drug-coated stents to keep arteries open after an artery-clearing procedure varies greatly among U.S. surgeons, and those who do insert the devices may not need to in patients at low risk of re-clogged arteries, a new study finds.

The research suggests that surgeons could use the stents somewhat less frequently, saving the American health care system tens of millions of dollars while only slightly increasing the number of patients suffering from re-clogged arteries.

The study was released online July 9 in advance of publication in an upcoming print issue of the journal Archives of Internal Medicine.

The finding is related to a specific kind of stent used in angioplasties, which are procedures designed to clear clogged arteries. Unlike some stents, which are simply metal, these "drug-eluting" stents release medications designed to prevent further clogging.

The study was led by Dr. John Spertus, clinical director of Outcomes Research at Saint Luke's Mid America Heart Institute in Kansas City. His team examined the medical records of more than 1.5 million patients who underwent angioplasties to see what happened to them. The researchers found that many doctors used the stents regardless of the estimated risk that the patients' vessels would re-clog.

The American health care system could save more than $200 million a year, the researchers estimated, if surgeons used the drug-releasing stents half as much in patients at low risk of future artery clogging. This reduction in usage was estimated to increase the rate of re-clogged arteries by about 0.5 percent, according to the report.

Commenting on the study, Dr. David L. Brown, a cardiologist and professor of medicine at Stony Brook University, said that the study findings are valid and reflect "the irrational overuse of new technology."

"Unfortunately, this study illustrates yet another example of cardiologists running up the costs of health care rather than leading in controlling costs without compromising outcomes," he said. "Hopefully this paper will stimulate changes in practice by interventional cardiologists."

For more about angioplasty, visit the U.S. National Library of Medicine.