See What HealthDay Can Do For You
Contact Us
August 27, 2020

Could Yoga Calm Your A-Fib? Early Findings Suggest It Might 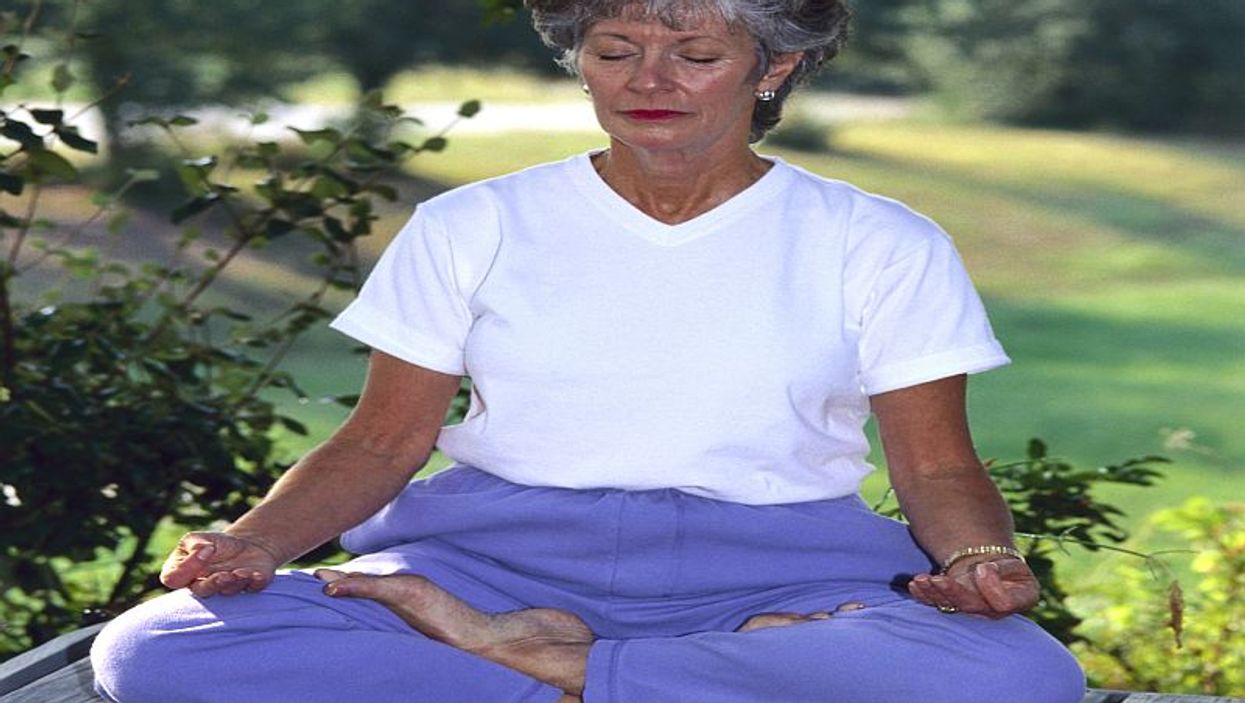 THURSDAY, Aug. 27, 2020 (HealthDay News) -- People with the heart-rhythm disorder known as atrial fibrillation, or a-fib, may ease their symptoms with the help of a slower-paced yoga, a preliminary study finds.

Researchers from India found that over 16 weeks of yoga sessions, a-fib patients saw their symptom episodes drop by about half. Their mental well-being got a boost as well.

The findings, which were presented this week at an online meeting of the European Society of Cardiology, should be considered preliminary until published in a peer-reviewed journal.

But the report adds to evidence that yoga can help control a-fib symptoms, which include palpitations, dizziness and breathlessness.

In 2013, Dr. Dhanunjaya Lakkireddy led a small study of a-fib patients that came to similar conclusions: Slower-paced yoga, with a focus on breathing and mindful physical poses, helped people reduce their symptoms.

The benefits may stem from yoga's calming effects on the nervous system, explained Lakkireddy, who is medical director of the Kansas City Heart Rhythm Institute, at HCA Midwest Health in Kansas. He was not involved with the new report.

People with a-fib, Lakkireddy said, tend to have an exaggerated "sympathetic tone" -- which refers to the arm of the nervous system that, among other jobs, revs up heart rate and blood pressure.

Yoga may counter that, according to Lakkireddy. But in a world where yoga classes are often geared toward a sweaty workout, it's important to remember that breathing techniques and meditation appear key for a-fib patients.

"Equally important [as poses] are the breathing practices," Lakkireddy said. "The point is to de-stress."

Atrial fibrillation affects anywhere from 3 million to 6 million Americans, according to the U.S. Centers for Disease Control and Prevention. It arises when the heart's upper chambers (the atria) beat erratically instead of maintaining a normal rhythm.

A-fib is not immediately life-threatening, but can cause distressing symptoms. It may also allow blood to pool in the atria. When that happens, a blood clot can form and potentially travel to the brain -- causing a stroke.

People with a-fib often take medication to control their heart rate and rhythm, as well as "blood thinners" to lower their risk of stroke.

"It's always great to see studies that bring our focus back to the key aspects of lifestyle, quality of life and less invasive measures to keep patients healthy," said Gianos, who was not involved in the new research.

"Yoga is an excellent practice that has been shown to reduce blood pressure, heart rate, improve blood flow and inflammatory markers," Gianos said. "So, it's very logical that the study authors chose to investigate it for atrial fibrillation."

The trial was led by Dr. Naresh Sen, of HG SMS Hospital in Jaipur, India. Over five years, his team recruited 538 a-fib patients: First, each patient stuck with standard care for 12 weeks -- continuing on medication or, in some cases, having a catheter ablation procedure.

The study patients then started a 16-week yoga program, with 30-minute classes every other day. The sessions included slower-paced postures and specific exercises that encourage a calmer breathing pattern.

During that time, the study found, patients suffered fewer a-fib symptoms: On average, they had eight symptom episodes -- down from 15 while on standard treatment alone.

Patients also gave higher ratings to their quality of life and mental well-being on standard questionnaires.

Yoga is no replacement for medication, according to Lakkireddy. But it could be a good addition, he said, along with other lifestyle measures, including a healthy diet, weight control and quitting smoking.

Lakkireddy encouraged a-fib patients to talk to their doctor before starting yoga. If they can find an instructor to give them more personalized attention, he said, that would be best. Even after just a few sessions, he noted, people may learn enough to continue on their own.

In the middle of a pandemic, in-person classes may not be available. But there are good online resources for learning some simple postures and breathing techniques, Lakkireddy said.

"What's really important is consistency," he stressed. "The benefits of yoga only last as long as you practice it. I would suggest at least three times a week."

The American Heart Association has more on lifestyle changes for a-fib patients.