AHA: 37-Year-Old Survives Heart Attack on the Way to Her Wedding 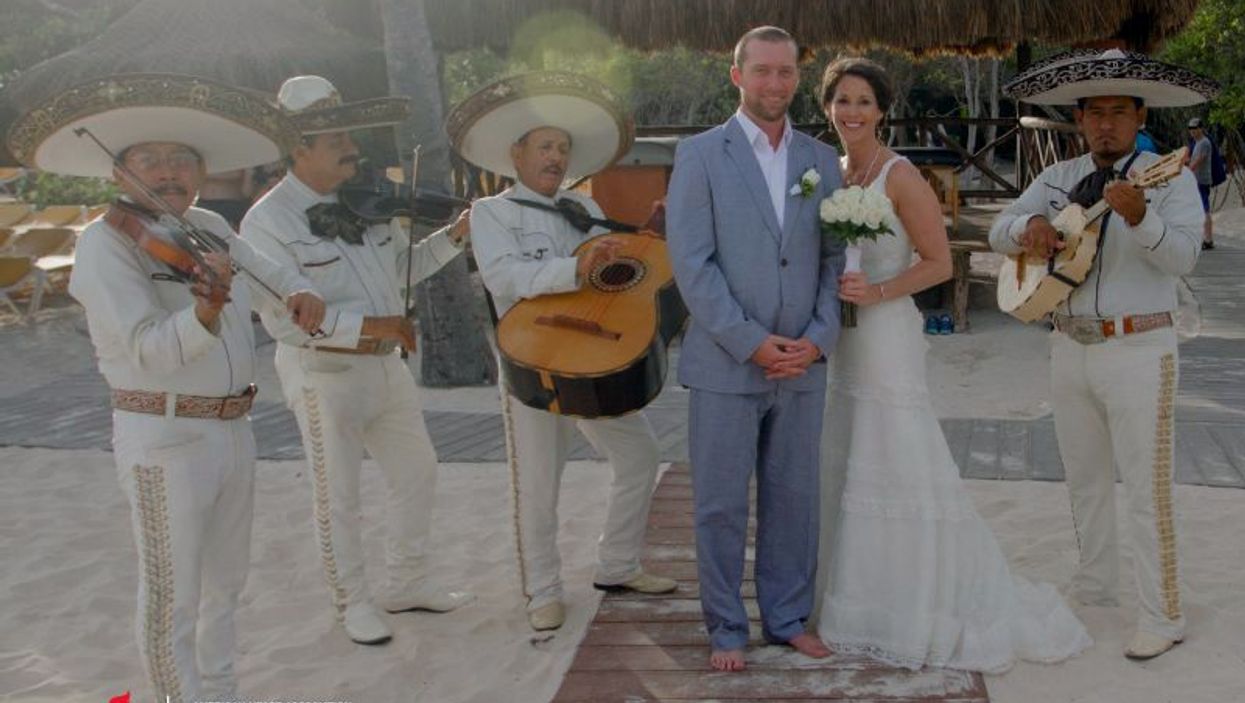 Sara and Court Hoffman on their wedding day in Mexico, only days after her heart attack. Photo courtesy: Sara Hoffman
HealthDay News

WEDNESDAY, June 27, 2018 (American Heart Association) -- Four hours into a nearly six-hour flight from Seattle to Mexico, Sara Metz felt overly anxious -- far more than the usual jitters of a bride-to-be days before her wedding on a beach in Playa del Carmen.

She was watching the movie "Unbroken" when that feeling hit. Thinking maybe the intensity of that story was getting to her, she switched to a Disney film.

It didn't help. So she headed for the restroom, only to be overcome by a burning in her jaw, upper chest and left arm -- a few of the common warning signs of a heart attack, with the added complication of being 30,000 feet in the air.

Sara's mom, Judie Haviland, was one row in front on the opposite side of the plane. A former medical assistant, Judie looked past the fact that Sara was 37 and in good health. She knew this was an emergency.

Judie got the attention of a flight attendant, and she asked if there was a doctor on the plane.

There was -- a cardiologist.

Using equipment most U.S. airlines carry, he took her blood pressure and pulse and gave her aspirin and some nitroglycerin.

The plane was just beginning to cross the Gulf of Mexico, leaving the pilot with a tough decision: turn around or continue to Mexico.

When the flight attendant asked for her input, Sara said, "I need you to land as soon as possible."

"I was worried they might think I was this silly bride having cold feet, but I thought I was going to die on the plane," Sara said.

The pilot heeded her advice and landed at Louis Armstrong New Orleans International Airport. Sara was rushed to a hospital, where doctors determined she'd suffered the kind of heart attack called a "widowmaker" because of the low odds of survival. She likely would've died had the plane continued to Mexico, doctors later told her.

This type of heart attack is caused by a blockage of the left anterior descending artery, the main artery on the front of the heart.

"My poor husband thought he was going to be a widower and we weren't even married yet," she said.

Doctors cleared Sara's blockage through an angioplasty procedure. Her heart stopped twice during the procedure, requiring shocks from a defibrillator to get it beating again.

Only two days later, the doctor released her from the hospital and said she could continue to Mexico. So off she went, keeping her targeted date.

While she made it through the wedding ceremony and reception -- and made a point of embracing every moment -- she didn't feel quite right.

"I felt nauseous, short of breath and I was very lightheaded," she said. "We cancelled our honeymoon because all I wanted to do was go home."

Back in Seattle, she still didn't feel right. When she almost fainted stepping out of the shower, her now-husband Court Hoffman took her to the hospital.

Sara was suffering a mild case of congestive heart failure from fluid that had built up around her heart. Her drug regimen also needed fine-tuning.

While Sara was young and outwardly healthy at the time of her heart attack -- she didn't smoke, was a vegetarian, ran marathons -- heart disease runs in her family. Her father had a heart attack at 36, her grandfather at 40.

"I thought my healthy lifestyle would counteract my genetics," she said. "Obviously it didn't."

She continues to exercise regularly and feels stronger than ever. Tests show her heart is doing great, too, said her cardiologist, Dr. Tim Dewhurst.

"Unfortunately for Sara, there was a genetic component to her heart disease," Dewhurst said. "She's a lesson that it's important not to ignore the warning signs of a heart attack and to seek medical care immediately if you think you're having one."