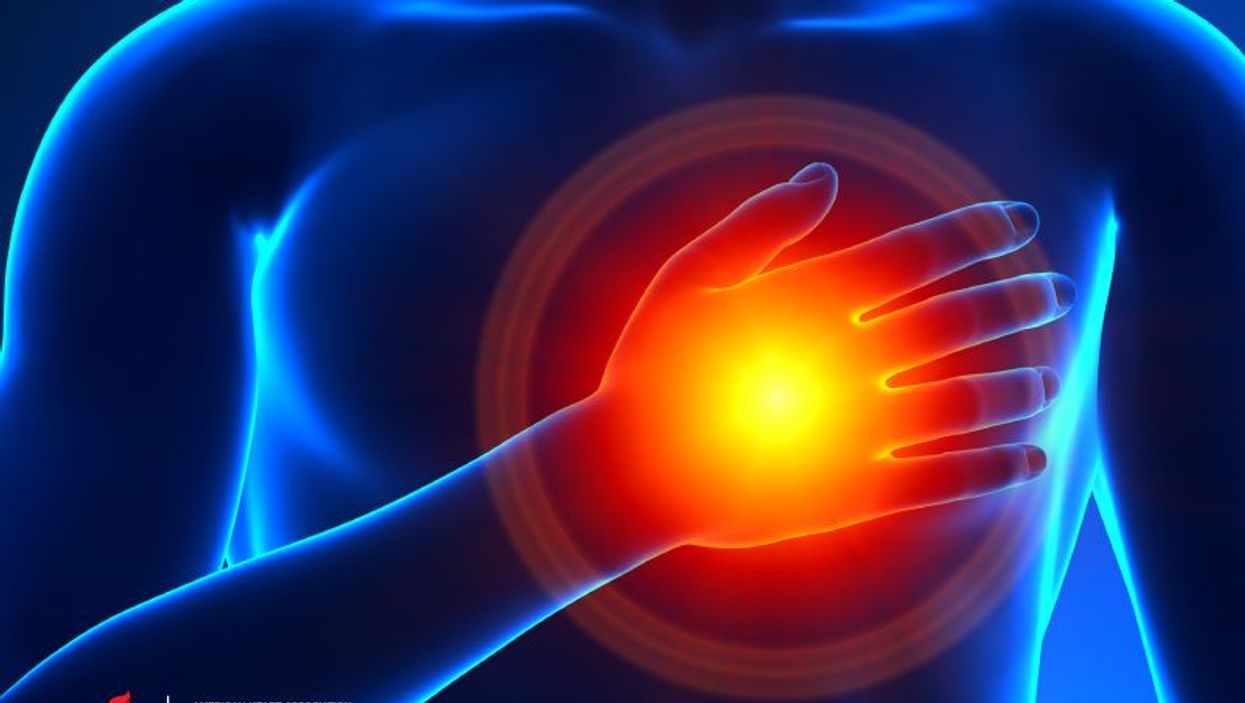 THURSDAY, June 28, 2018 (American Heart Association) -- One in 10 heart attacks in younger patients aren't caused by blocked coronary arteries, but a new study found survivors have similar outcomes as those whose heart attack was triggered by the most common source -- a blockage.

Scientists refer to heart attacks not caused by blocked arteries as MINOCA, short for myocardial infarction with non-obstructive coronary arteries. In a study published Thursday in the Journal of the American Heart Association, Yale University-led researchers took a close look at the people who typically experience these non-obstructive heart attacks -- women and non-white patients.

"For a long time, patients with MINOCA were completely disregarded because the prior literature showed they didn't have a higher risk of dying or recurrent heart attacks, and so they just were not studied," said Dr. Basmah Safdar, an emergency physician and the study's lead author.

Her research found that women were five times more likely than men to have MINOCA. These non-obstructive heart attacks also were twice as common in non-white patients than in white ones.

People with non-obstructive heart attacks have a similar risk of death within the next year as those with the more common type, the study found. Yet, MINOCA patients were less likely to be referred to cardiac rehabilitation, even though some research suggests they could benefit.

MINOCA is an umbrella term for a mysterious category of heart attacks that has befuddled experts until recently, said Safdar, an associate professor at Yale University School of Medicine and director of its Chest Pain Center.

Her report noted that despite being "seen more commonly in women and young patients, existing literature on MINOCA is extrapolated from studies enrolling predominantly men and older patients."

The study's researchers examined data on 2,690 heart attack patients between the ages of 18 and 55. The information, from 2008 to 2012, was collected from 103 hospitals nationwide.

MINOCA patients were less likely to smoke or have other traditional risk factors for cardiac disease, such as diabetes or high blood pressure. However, they were more susceptible to having blood clotting problems than patients whose heart attacks stemmed from artery obstructions.

The majority of MINOCA patients had "undefined" causes for their events, but specific reasons were identified for a quarter of cases. The most common one was a tear in the coronary artery wall, a condition in which blood pools between the inner and outer layers of the artery; this trapped blood can form a blood clot, slowing or even stopping blood flow to the heart.

Another cause leading to MINOCA was a coronary artery spasm, or a sudden tightening and narrowing of arteries in the heart.

"We have very little data about this population in general and so any good study -- and this is a good one -- that can help add to our understanding is an advance in science," said Dr. Sharonne Hayes, a cardiologist at the Mayo Clinic who was not involved in the research.

"Among those patients who have MINOCA, this study asked, 'What was the cause if it wasn't plaque?' That's important because we may need to treat individuals differently based on the reasons," she said. "This study highlights the fact that younger women do have heart attacks, that the cause is different, and that lifesaving treatments should be sought out right away."

Because of a lack of understanding and guidance, even about its specific definition, Hayes said many MINOCA patients may not have been taken as seriously or may have failed to get the proper treatment.

"They were getting overlooked -- or they were getting undertreated or overtreated," Hayes said. "The standard heart attack guidelines we have are defined for a plaque-driven heart attack, and mainly in older people, so they may not be the most appropriate for those individuals. We can't just lump everyone into one basket."

"Don't ignore these patients. Continue their workup," she advised. "And from the patient's standpoint, they should still treat themselves as at risk for a repeat heart attack and take measures that would prevent one."

That would include steps such as monitoring weight and blood pressure, keeping diabetes and cholesterol levels in check, and increasing physical activity.