See What HealthDay Can Do For You
Contact Us
July 5, 2018 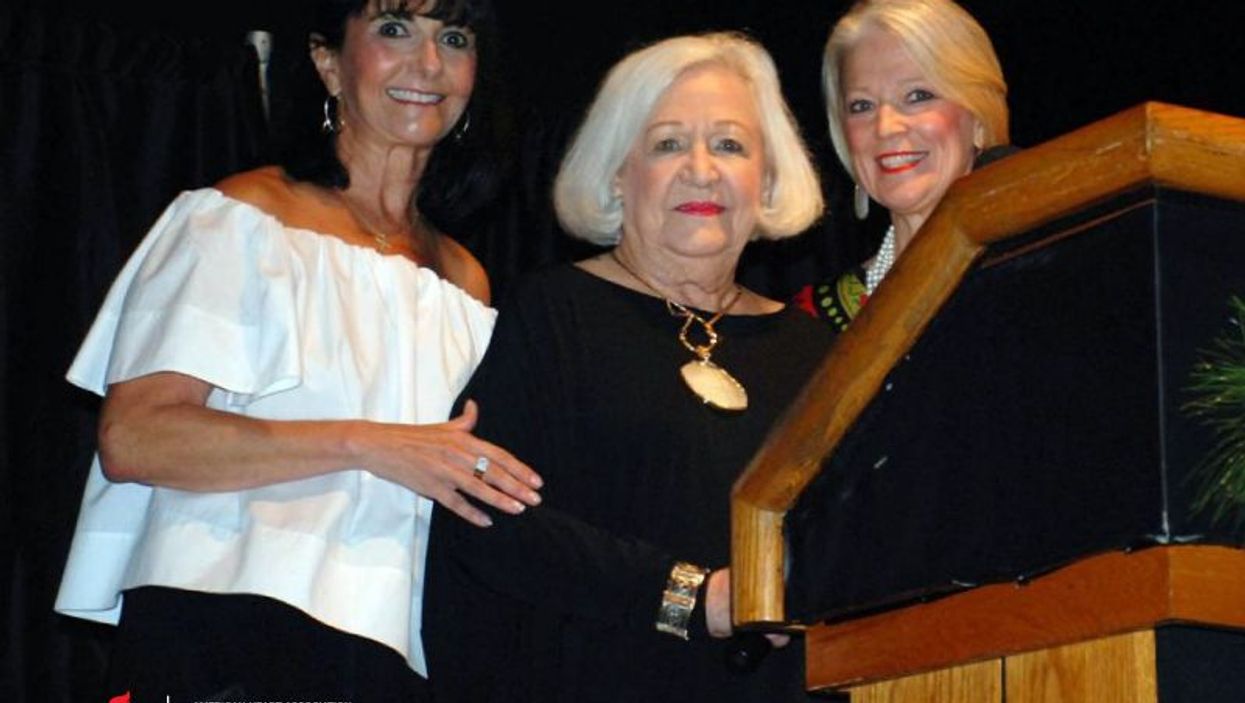 THURSDAY, July 5, 2018 (American Heart Association) -- It's been said that one can never be too overdressed, and Betty Thrasher needs no convincing. Every day, the 88-year-old resident of Temple, Texas, applies makeup, coifs her locks and selects a fashionable garment for the day. Black is her favorite.

"The way we look affects how we feel, and the way we feel affects the way we act," she said. "I've seen it work."

After all, fashion runs in the family. Her husband's nephew is renowned fashion designer Tom Ford. And Betty's parents owned a popular local department store and for decades she ran her own boutique, The RoseBud, which was named for her small Texas hometown.

Not just her livelihood, the shop was also as a vehicle to raise money for good causes. Betty dressed the models at dozens of charity fashion shows. One year, she worked with Baylor Scott & White Health to create a "heart calendar." Betty provided the clothing, and the models were heart patients.

But after a New Year's Eve fundraiser in 2006, it was Betty who needed help.

When she opened the driver's side car door at the end of the evening, she felt a terrible pain in her chest. Sure that she had just pulled a muscle, she drove herself and her husband, Bob, home. Mile by mile, the pain worsened until there was no doubt something was seriously wrong.

"I didn't think I was going to make it," she said. "I certainly can't explain it. You just know things aren't going to work out."

Upon reaching their house, Bob immediately dialed 911. Paramedics arrived within minutes. Had they arrived five minutes later, it might have been too late, they later told her.

Betty was rushed to Baylor Scott & White Health, where she underwent quintuple bypass surgery on New Year's Day. She was in the ICU for two weeks, hooked up to so many machines that she was unable to speak for much of the time.

"Such an ordeal," she said.

Betty remembers very little about her hospitalization, but she saved the notes that she scrawled out on a pad of paper. One sentence appears again and again: Please don't leave me alone.

"That's the most scary thing when you're really sick," she said, noting that she was fortunate to be surrounded by family and friends.

Depression is three times more common in heart attack patients than in the general population, studies have shown, and Betty was no exception. She just didn't feel like herself, and she admits that she probably made those around her miserable too. At the advice of her family, Betty decided to sell The RoseBud.

"That was the worst, and it was a big thing on her mind," Bob said, noting that they "fussed" at each other more than usual during that time. But he puts it all into perspective. "We've been married almost 70 years, so we're going to fuss a little bit."

About six months into her recovery, Betty began feeling like herself again. She threw herself back into philanthropy with renewed vigor. She's especially excited about her work with the Visionaries, a women's group raising money for the McLane Children's Hospital Scott & White in Temple. Last year, they raised enough funds to buy the hospital a new state-of-the-art ambulance. And in April, she spoke at the American Heart Association's Heart Ball in Temple, receiving a standing ovation for sharing her story.

"I'm really blessed, because I'm in good health and I feel so fortunate that I'm allowed to be as active as I am," she said.

And Betty isn't done with the RoseBud just yet; she recently finished writing a memoir that tells the story of her hometown and the store it inspired.

"When I was writing the book, I would wake up in the middle of the night remembering stories, and I still think of things that I wish I had included," Betty said. "But a story like this doesn't end. We touched so many lives that it goes on and on."