See What HealthDay Can Do For You
Contact Us
June 6, 2018 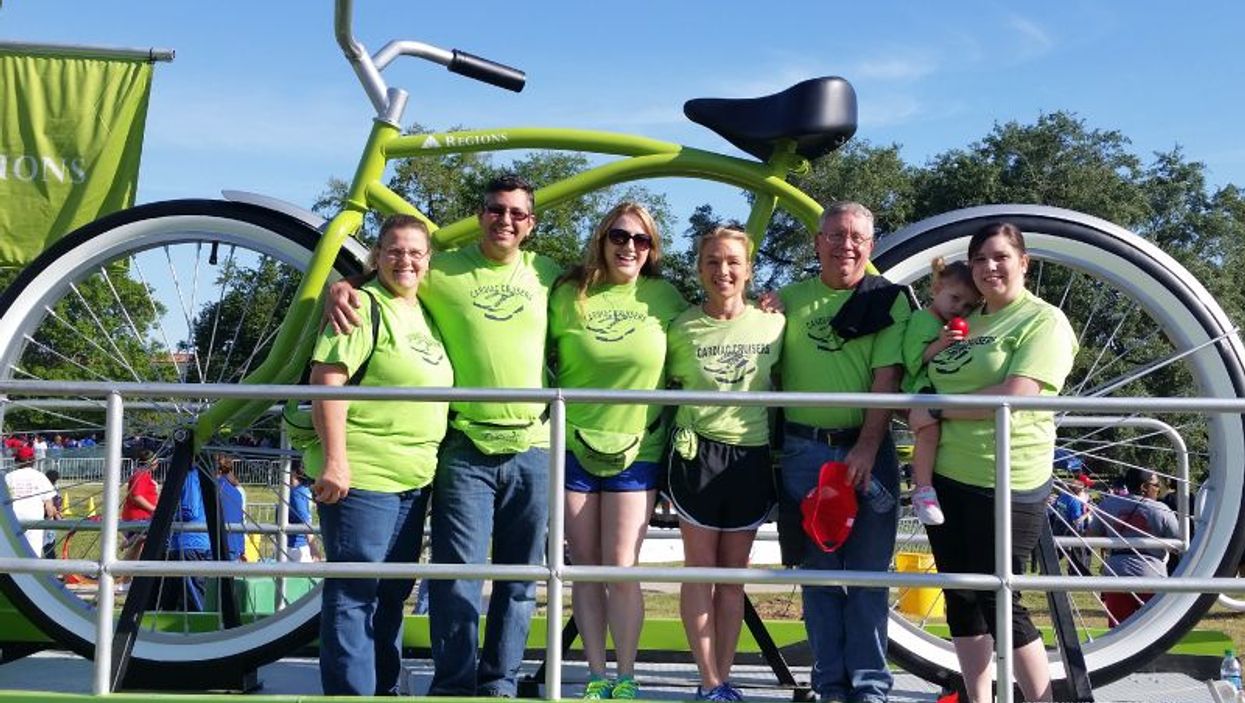 WEDNESDAY, June 6, 2018 (American Heart Association) -- The night before leaving on a cruise, Alisa Mari was trying to free up room on her DVR to record programs she would miss while on vacation. One of the space-eaters was a talk show demonstrating how to perform CPR that she'd been saving for her husband, Andy.

Just watch this so I can delete it! she said, and he did.

A week later, their cruise ended in Miami, where Andy's mom lived in a senior community. Alisa greeted her mother-in-law, then excused herself to visit the restroom.

The next thing Andy heard was a loud thud. He rushed to the bathroom and found Alisa on the floor, foaming at the mouth.

His mom's apartment was equipped with an emergency alert cord; she rushed to pull it. Meanwhile, Andy checked for a pulse and found none, so he began chest compressions -- using the technique he'd learned on the program Alisa prodded him to watch the week before.

"It was just automatic," he said. "It's the kind of thing where once you learn, you know what to do."

Alisa suffered a cardiac arrest, which essentially means the power went out in her heart. This is different from a heart attack, which is caused by blood flow to the heart being blocked.

More than 350,000 people in the United States suffer a cardiac arrest outside a hospital each year. If CPR is performed immediately, it can double or even triple the chance of survival.

Alisa was among those fortunate to have a potential lifesaver nearby -- and fortunate that Andy was willing to act. Hands-only CPR requires pressing hard and fast in the center of the chest, preferably at a rate of about 100 to 120 compressions per minute -- about the rhythm of the classic disco song, "Stayin' Alive."

Paramedics took over CPR, then tried to restart Alisa's heart by deploying an electric shock using an automatic external defibrillator. It wasn't until they reached the hospital that doctors were finally able to stabilize her.

A few days later, doctors placed an implantable cardioverter defibrillator under Alisa's skin to shock her heart if it goes into a fatal rhythm again. Doctors also discovered a significant blockage in one of her heart's arteries, so they inserted a stent to prop it open.

Alisa was 44 at the time of her cardiac arrest in 2010, but was at risk for heart problems. She'd long been treated for high blood pressure and high cholesterol, and was a former smoker. She also has a family history of heart disease, including some relatives who died in their 40s from heart-related conditions.

Alisa and Andy lived in Baton Rouge, Louisiana, at the time, and became advocates for wider CPR training. They also began participating in their local Heart Walk. They now live in Ramsey Springs, Mississippi, about 25 miles north of Biloxi, and own a convenience store. They keep a bucket on the counter collecting money to help fund CPR training classes for school bus drivers in the rural area.

"It could take 30 minutes for an ambulance to reach some areas out here," Alisa said. "If my husband didn't know CPR, I wouldn't be here."