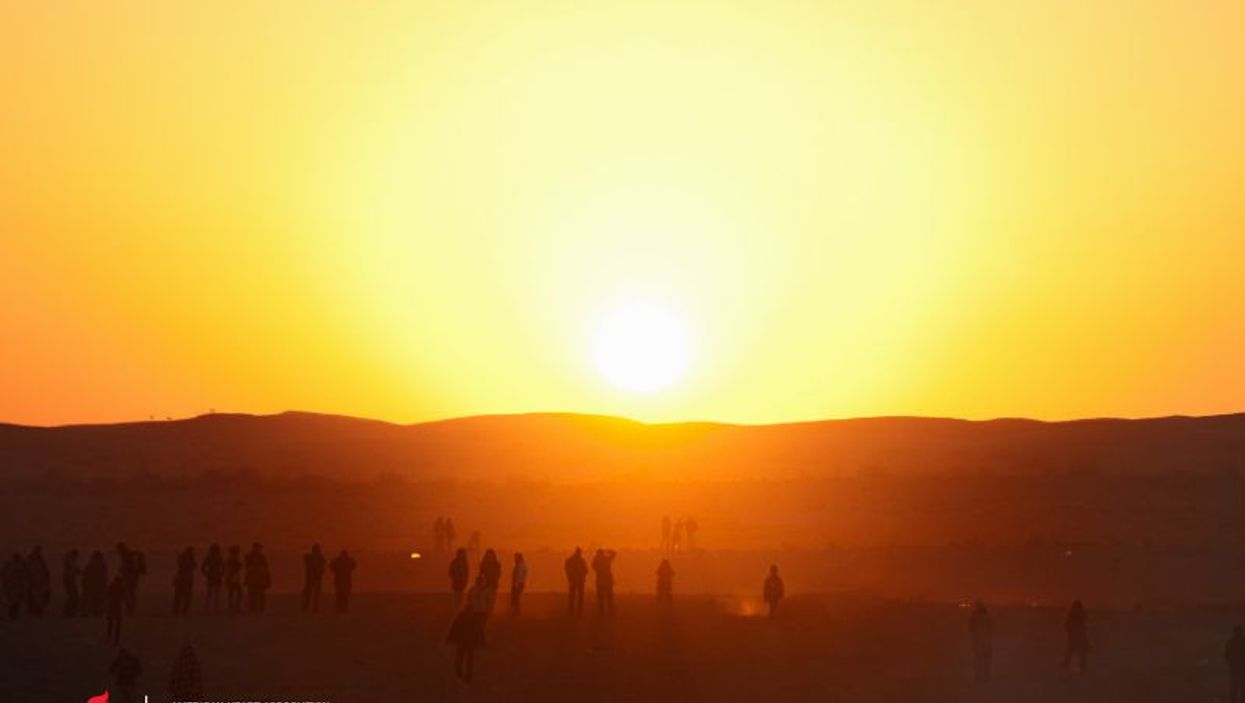 FRIDAY, April 6, 2018 (American Heart Association) -- The sun's radiation could be a factor in seasonal patterns of a deadly type of heart attack, according to new research that tracked a "summer shift" in their occurrence across seven countries.

Previous research has examined how these attacks called ST-elevation myocardial infarctions, or STEMIs seem to happen most often in the daytime during the colder winter months, and how their occurrence drops off in the summer. The new study, published Friday in the Journal of the American Heart Association, shows a shift primarily in the summer from the day to the night.

The work included 2,270 STEMI cases throughout both hemispheres and at different latitudes in Italy, China, Scotland, Finland, Japan, Australia and Singapore.

"No study before this has investigated this shift from day hours to nocturnal hours," said Carlo Vittorio Cannistraci, the study's lead author and a theoretical engineer in the Biotechnology Center and the Department of Physics at the Technical University of Dresden in Germany. The shift also is tied to the duration of sunshine in areas around the world closest to the equator that don't experience traditional seasons, he said.

STEMIs, sometimes called massive heart attacks, are caused when an artery leading to the heart muscle is completely blocked. As a result, a large portion of the heart cannot receive blood, and it can quickly begin to die. In the United States, between 2006 and 2011, emergency rooms saw an average of 258,106 STEMIs each year.

The researchers said they noticed the patterns in STEMI occurrence while they were collaborating on another study, published in the journal Circulation Research in 2013. In that work, they saw a late afternoon peak in their data from Italy and began asking questions about peaks in other countries.

The turning point came when they analyzed cases in Singapore, said Cannistraci, who leads a biomedical cybernetics group at TU-Dresden. In that country, where there is virtually no summer or seasons or wide variations in temperature, they were able to associate the STEMI peaks to sunshine.

"By this study we really are studying the dark side of the moon -- what we don't really know," said the study's co-author, Dr. Enrico Ammirati, a cardiologist at Niguarda Hospital's De Gasperis Cardio Center in Milan, Italy. "We tried to look at the problem of acute myocardial infarction, to look at an area that previous studies didn't examine, how something related to natural phenomena can affect us."

Dr. Patrick O'Gara, a cardiologist who helped write AHA guidelines that doctors use to treat STEMI patients, said the new research highlights gaps in the current knowledge about "the complex interplay" between daily biological cycles and heart attack triggers.

It's important to establish a "mechanistic link between circadian rhythms, sunshine duration, activity patterns, restful sleep" and the stability of the fatty deposits called plaque that can clog arteries, said O'Gara, a Harvard University medical professor and director of strategic planning for the Cardiovascular Division at Brigham and Women's Hospital in Boston.

"The 'summer shift' noted in this analysis may provide clues to a more informed understanding of these processes," O'Gara said.

The study's researchers say their work needs more confirmation, and that they hope they have opened the door to encourage other scientists to study the molecular mechanisms that could link sunshine to these STEMI patterns.

A key part to understanding the results, Cannistraci and Ammirati said, is their analysis is tied not to the amount of light given off by the sun, but by the radiation. So, it can be affected by cloud cover and pollution.

That's why, Cannistraci said, the study's results point even more to the notion that the relationship between humans, the environment and climate is delicate. "We should respect more the environment because perturbations can have a negative feedback on our health in unexpected ways."