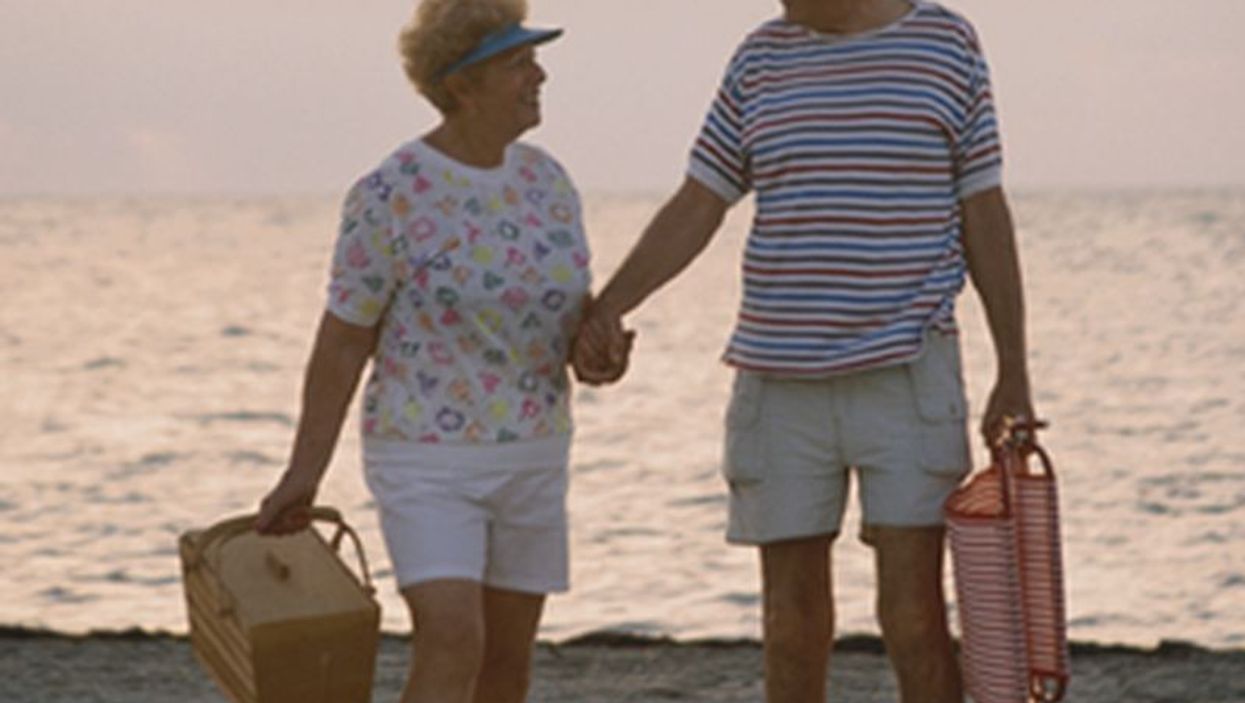 WEDNESDAY, Dec. 14, 2016 (HealthDay News) -- Stroke patients may have better odds of surviving if they're in a long-term stable marriage, a new study suggests.

Researchers found that among more than 2,300 stroke sufferers, those who'd been "continuously" married had a better chance of surviving -- versus both lifelong singles and people who'd been divorced or widowed.

The long-term marrieds' outlook was better even compared to people who'd gotten remarried after divorcing or losing a spouse.

The reasons for the findings aren't completely clear, and the study doesn't prove a cause-and-effect relationship. But researchers said the study highlights the potential importance of "social support" in stroke recovery.

"This implies that the support of a lifelong partner has benefits," said Dr. Ralph Sacco, a professor of neurology at the University of Miami and a past president of the American Heart Association.

A spouse can give emotional support, he said, as well as help with day-to-day basics -- such as eating a healthy diet and remembering to take medications.

"People sometimes consider it 'nagging,' but it can help," said Sacco, who wasn't involved in the study.

"What we don't know," he added, "is whether other forms of social support might have similar benefits."

In a previous study, Sacco and his colleagues did find that older stroke patients who had friends generally fared better than those who were socially isolated.

But it's not clear whether friendships directly aided people's stroke recovery. And no one knows whether unmarried stroke patients would live longer if they joined a support group, for example.

Those are important questions, according to Matthew Dupre, one of the researchers on the new study.

It's known that "social support" can help people stick with their medication regimens or change unhealthy habits, said Dupre, an associate professor of community and family medicine at Duke University in Durham, N.C.

So it's possible that unmarried stroke patients could benefit from resources that connect them with other people, according to Dupre.

"More research is needed, though, to know the full implications of our findings, and to identify possible avenues of intervention," he said.

The findings, reported Dec. 14 in the Journal of the American Heart Association, are based on 2,351 U.S. adults who'd suffered a stroke. Their health was followed for about five years after the stroke, on average.

During that time, 1,362 people died -- leaving just under 1,000 survivors. Among those who survived, 42 percent were in a stable marriage with their first spouse. That compared with 31 percent among patients who died.

Much of that disparity seemed to be explained by "psychosocial factors," the researchers said -- including depression symptoms and a lack of children or other close relationships.

It wouldn't be surprising, Sacco said, if depression were a key reason that unmarried people tend to fare more poorly after a stroke.

"Depression is common after stroke, and it's been shown to be a predictor of stroke outcomes," he said. "Depression needs to be recognized and treated."

He said stroke patients at his center are routinely screened for depression. But the new findings, he said, suggest that unmarried patients may need closer attention in general -- including extra help with lifestyle changes that can improve their outlook.

"We may need to bring them in for follow-up earlier, and start monitoring them more closely," Wright said.

Lifelong singles were not the only ones at higher risk in this study. People who'd been divorced or widowed were more likely to die after their stroke -- particularly if they'd lost more than one marriage.

Patients who'd been divorced or widowed more than once were about 40 percent more likely to die than those in stable marriages. And those who were currently remarried fared no better.

Certain practical factors, such as income and access to health insurance, seemed to explain part of the risk -- but not all of it.

"It may be that patients with a history of marital instability experienced more severe and debilitating strokes -- and in turn have fewer economic resources and social support to use toward their recovery," Dupre said.

For now, Sacco suggested that stroke survivors "reach out and interact with other people" if they feel isolated. Many hospitals have support groups, he said -- as do organizations such as the American Heart Association/American Stroke Association.

People could also try community or church organizations, or even online groups, Sacco said -- though, he added, "we don't know whether computer connections can replace face-to-face human connection."

Wright agreed that unmarried stroke survivors should reach out for help. But in reality, he added, many do not -- so their family members should be proactive.

"Be the 'nudge' who makes sure they're taking care of themselves, even if they say they're OK," Wright said.

The American Stroke Association has more on stroke signs and symptoms.