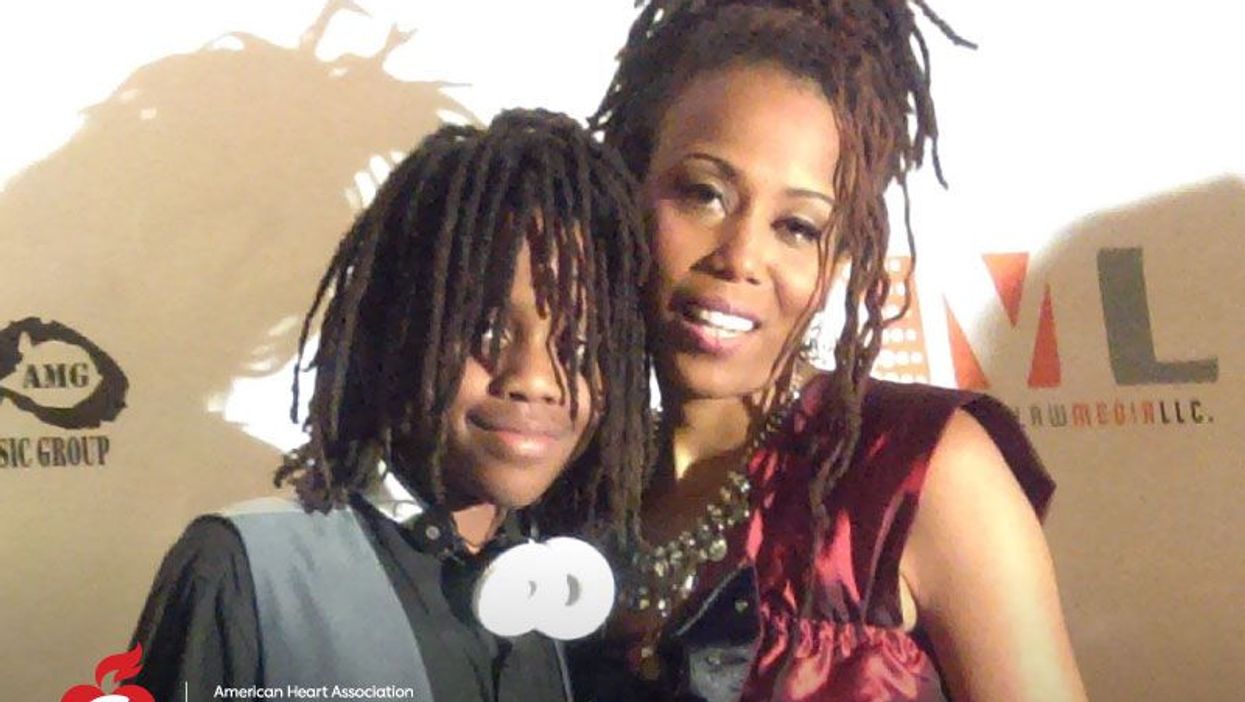 WEDNESDAY, Oct. 24, 2018 (American Heart Association) -- Toni Hickman and her boyfriend were visiting New Orleans in 2007 to celebrate a hip-hop music project she was wrapping up. The singer, poet and songwriter had already achieved some success singing and rapping her own tunes at clubs and had recorded in studios for music labels.

While having dinner, the then-32-year-old Hickman began vomiting. She assumed it was food poisoning.

"No way did it even cross my mind that I was having another brain aneurysm," she said.

Three years earlier, while at her mother's house in Atlanta, Hickman had started "acting weird." She could only utter one-word answers and was horribly sick to her stomach. Her mother took her to the hospital, where doctors said she had a ruptured aneurysm. A brain aneurysm is a weak bulging spot on the wall of a brain artery. If it ruptures, blood escapes into the space around the brain. Doctors operated to stop the bleeding.

Hickman spent more than half a year recovering. More than two years later, that episode seemed like ancient history, as evidenced by her reaction to the sudden, violent illness in New Orleans.

Her second aneurysm proved to be more severe. During surgery to stop the bleeding in her brain, Hickman suffered a stroke. Her right side was paralyzed, she couldn't speak and her thoughts were scattered.

Doctors told her mother she likely would never speak or walk again. They also suggested she consider putting Hickman in a nursing home.

Once she left the hospital, she spent four months in a rehabilitation facility.

"I was the youngest person in there. It was scary and depressing," Hickman said. "I had suicidal thoughts. It was the second time I'd been taken away from my music, and I'm thinking, why is this happening?"

She admits to being the type of person who tries harder to do something when people say she can't. Those traits worked to her advantage in rehab. She told herself, "I don't care what anyone says, I'm going to walk."

Others believed, too. While her longtime friend Eva Pongratz found it jarring to see Hickman in a wheelchair, she thought, "There's no way she'll stay like this."

Pongratz said, "I knew her strength, her willpower. I knew she'd be back."

True to her vow, Hickman checked out of the rehab center using a cane. Offered a wheelchair, she refused.

"When you have things you can depend on, they can cripple your growth," Hickman said.

After six months of outpatient stroke rehab, she learned how to walk without a cane, improved her speech and relearned how to drive. She learned how to restructure her thoughts to combat forgetfulness and disorganization. Most of all, she gained self-confidence.

"The longest journey has been to accept myself as is and love myself from the inside out," she said. "It's been slow and steady."

Hickman has returned to music, both writing and performing, including singing at a fundraising event for the National Stroke Association and speaking at an American Heart Association Go Red for Women luncheon. She's released two albums -- "Crippled Pretty" and "Unbroken." To debut "Unbroken" in 2015, she organized "Toni Hickman & Friends," an event featuring a lineup of performers with disabilities.

"She's a different Toni, but the same one," her friend Pongratz said. "She's just a good soul."

Along with writing songs, she became certified as a natural health and wellness consultant.

"I've decided that right now my main focus should be to inspire and lift people," Hickman said. "For stroke survivors who feel hopeless, I want them to know that everything is temporary, even your feelings. Just be your best self no matter what."