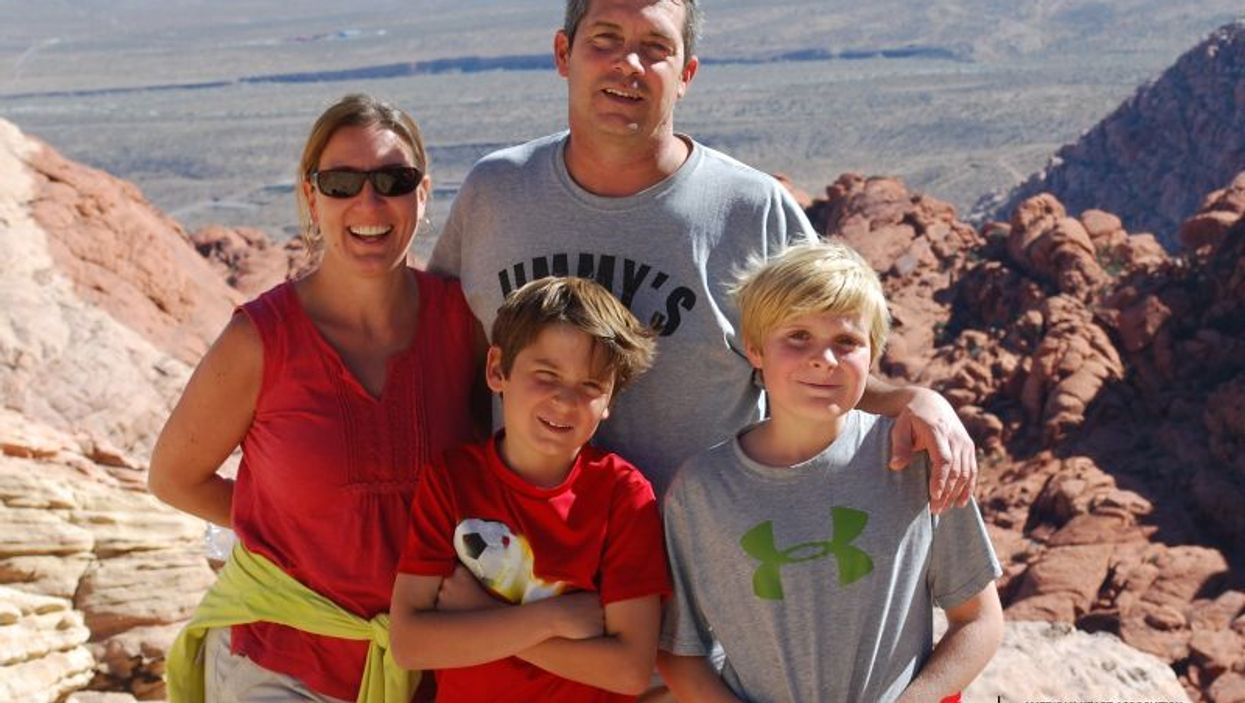 THURSDAY, May 17, 2018 (American Heart Association) -- Before her pre-dawn runs, Sarah Belliveau likes fueling herself with a cup of coffee.

"I remember looking at the machine and knowing I needed to push the button," she said, "but there was a disconnect between what my brain was telling me and what my body could do."

Moments later, Sarah collapsed. On the way down, she caught the oven door handle, causing it to slam. The racket woke her husband, Jim. He rushed into the kitchen to find Sarah lying on the ground, breathing, but unable to talk or move.

Luckily, Jim is an avid listener of talk radio. And during the previous month, American Stroke Month, he'd heard several public service announcements about the warning signs that someone is having a stroke.

"My first thought was she was choking," he said. "But after I saw she was breathing, the idea that it might be a stroke just clicked and I knew I couldn't waste any time."

The ads Jim heard taught the acronym F.A.S.T., which advises if you see a person's face drooping, experiencing arm weakness on one side or speech difficulty, it's time to call 911.

So that's what Jim did. He told the dispatcher he thought his wife was having a stroke.

Paramedics arrived a few minutes later and transported Sarah to Maine Medical Center in Portland. Jim stayed home with their two sons -- the older boy, Sam, who kept asking Jim how he could help; and Andrew, who turned 11 that day.

The hospital had been alerted that a possible stroke patient was on the way. Tests confirmed it, and doctors called Jim for permission to administer clot-busting medication. When delivered within three hours of having a stroke (or up to 4 1/2 in some patients), it can save lives and reduce the long-term effects of a stroke.

Shortly after giving Sarah the medication, the doctor asked her what day it was.

"My son's birthday," she replied.

The look on the doctor's face told Sarah that she was going to be OK. However, more treatment remained.

Sarah was taken to another part of the hospital for a clot-retrieval procedure called mechanical thrombectomy. Doctors inserted a specialized tool into an artery near her groin, threaded it into her brain and removed the clot that caused her stroke.

By 7:15 a.m., about two hours after she collapsed, Sarah was in recovery.

She spent two days in the hospital and returned to work part-time three days later. She was back at work full-time a week later.

Stroke is the fifth-leading cause of death in the United States and a leading cause of serious long-term disability for adults. About 795,000 people each year suffer a stroke. Doctors credited the quick recognition of Sarah's stroke and immediate treatment for her strong recovery.

Sarah's stroke was initially diagnosed as cryptogenic, making it one of the estimated 25 to 30 percent of strokes in which a cause cannot be identified. Later testing revealed that she has a patent foramen ovale (PFO), or a hole in the heart that babies are born with, but usually closes soon after birth. While they can't know for sure, doctors told Sarah that the particular anatomy of her PFO may have allowed blood to pool and form a clot which then traveled into her brain.

On May 29, two weeks before the first anniversary of her stroke, Sarah will undergo surgery to close the PFO.

Sarah was 47 at the time of her stroke. An avid runner with no known risk factors for stroke, not knowing the cause of her stroke was deeply unsettling.

She returned to running, often with a friend to avoid being alone. Other activities, such as driving the kids or traveling for work, triggered fears about the possibility of another stroke.

"Every morning when I stand in front my Keurig and go to push that button, there's a moment where I wonder if I'm going to be able to do it," she said. "Living with fear about what might happen is the hardest part, emotionally."

Jim, Sam and Andrew also have worried about Sarah's health.

"The fact that the kids could talk to their mom a couple hours after it happened and see that she was OK helped a lot," Jim said.

The experience also helped heighten the couple's awareness about stroke and the importance of recognizing the signs and advocating for research.

"When you're in your 30s and 40s, you think you're bulletproof, but stroke can happen to anyone," Jim said.

"It puts things into perspective," she said. "I feel lucky every day."