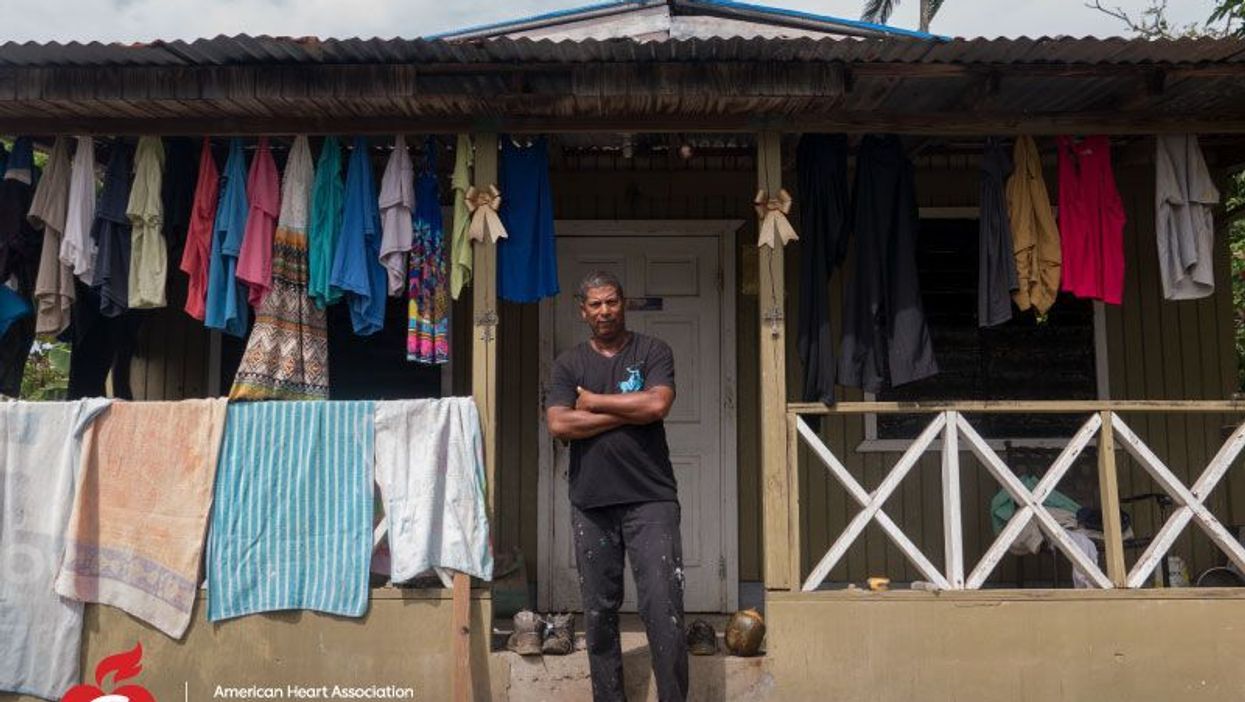 A man stands outside his house in Puerto Rico, on Sept. 19, 2018, one year after Hurricane Maria hit the island. Photo: Angel Valentine/Stringer, Getty Images
HealthDay News

Researchers at the University of Miami started the Florida-Puerto Rico Collaboration to Reduce Stroke Disparities knowing stroke patients in Florida hospitals were getting better care than those treated in medical centers in Puerto Rico. By the time the five-year project ended in 2017, researchers involved with the study said the gains in Puerto Rican hospitals participating in the study had evaporated. It was a stark contrast to the inroads made in Florida facilities -- and underscored serious repercussions for stroke prevention and treatment for the island's 3.3 million people.

"We were really beginning to see an uptick in better performance, better quality of care for acute stroke -- even in the non-certified stroke centers," said Dr. Ralph L. Sacco, program director for the Florida-Puerto Rico collaboration and chairman of neurology at the University of Miami Miller School of Medicine.

He and other researchers who worked on the study say the impact of the Caribbean territory's financial crisis and the catastrophic damage from Hurricane Maria have dealt a devastating blow to an already inadequate and poorly funded health care system, taking a toll on a population already at high risk for stroke. According to statistics from the Centers for Disease Control and Prevention, Puerto Rican adults living on the island have worrisome rates of diabetes, high blood pressure and obesity, all conditions that increase stroke risk.

Many Puerto Rican adults with such chronic conditions haven't seen a doctor in several years, said Dr. Ulises Nobo, a neurologist at Hospital HIMA San Pablo Caguas in Puerto Rico, whose hospital took part in the research project. Compounding the problem is a shortage of primary care doctors, many of whom have left the island for better-paying jobs on the U.S. mainland.

It's a chain of events that Nobo said could increase the island's burden of stroke, which as of 2016 affected fewer Puerto Ricans than Floridians, the latest CDC data show.

"In a way, it is a lot harder and more complicated for us to find a better solution for the disease," said Nobo. "The amount of young people that we see with stroke here is alarming. That's been going on for quite some time, but I think it's worse now."

After the University of Miami project launched in 2013, 91 hospitals in Florida and Puerto Rico had signed up by the following spring -- only 15 of which were in Puerto Rico. The American Heart Association served as a partner on the federally funded study, and the hospitals adopted the AHA's Get With the Guidelines-Stroke program to improve the quality of care and outcomes for stroke patients. By 2017, however, several island hospitals had dropped out of the program because they didn't have the funding to stay enrolled.

Even so, stroke care made notable strides at participating hospitals.

Yet today, Sacco said, most Puerto Rican hospitals are ill-prepared to treat acute strokes. Many don't even bother to keep the gold standard clot-busting medication alteplase in stock because people rarely get to the hospital in time to receive the time-sensitive drug.

In Florida, however, the progress continues. The Florida legislature earlier this year earmarked $500,000 to fund a state stroke registry at the University of Miami.

José Maldonado was a member of the Florida-Puerto Rico collaboration's patient advisory group, giving a voice to the patient's viewpoint -- both as a stroke survivor and a native of Puerto Rico.

The 64-year-old computer specialist had a stroke at 48 while living in Baltimore and said he got top-notch care. He worries the Category 5 Hurricane Maria wiped out the gains the research project made in stroke care on the island.

"It breaks my heart," said Maldonado, who walks with a cane after being left partially paralyzed by the stroke. "I do worry about my family and friends that are down there. I pray that they never have to go through anything like I went through."