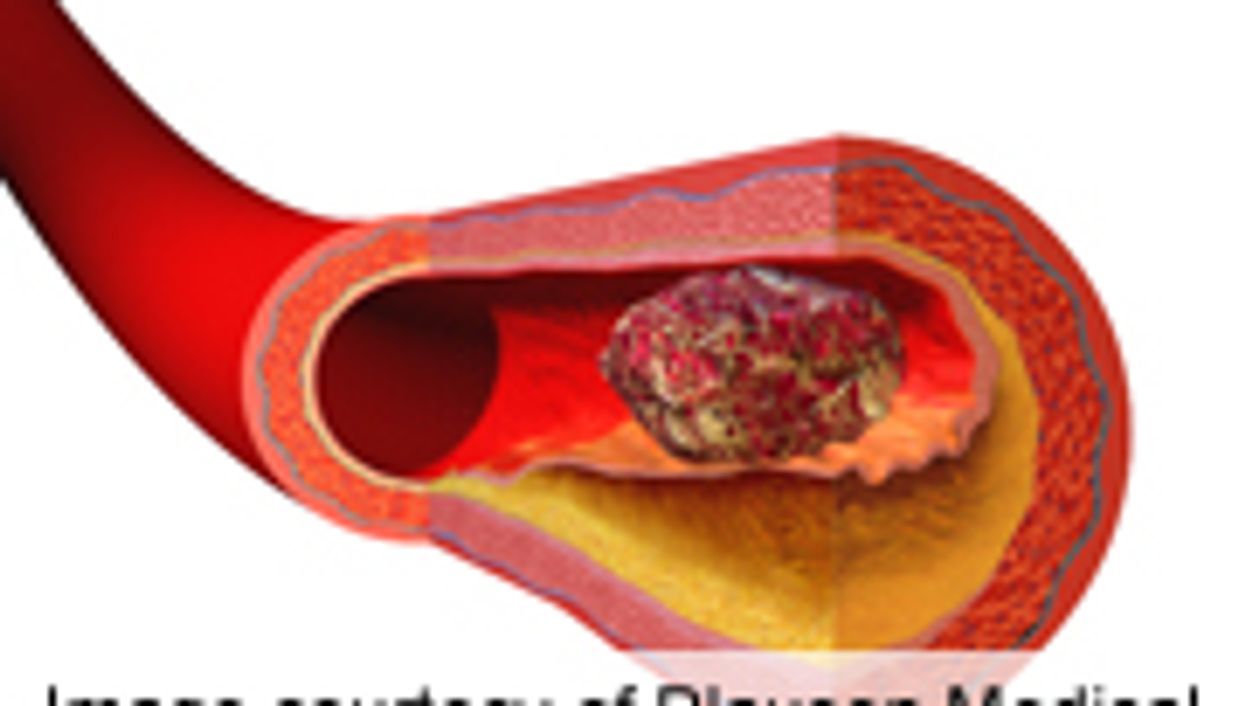 The most common treatment for stroke is taking a drug that dissolves the blood clot and reopens the blocked artery. The drug must be taken within three hours of the onset of stroke, however, and is not suitable for all patients. In addition, the drug often fails to dissolve large blood clots.

A different approach involves the use of a mechanical blood flow restoration device or "stent-triever" that is inserted through the groin and then guided to the site of the blood clot. The device retrieves and removes the blood clot and restores blood flow to the brain.

The U.S. Food and Drug Administration approved the first of these devices in 2004. The device, called the Merci retriever, has since been used in thousands of stroke patients worldwide.

In two studies, researchers evaluated two new mechanical clot retrievers and found that they have the potential to better restore blood flow and lead to improved patient outcomes.

One expert not connected to the studies explained how the new models, called Solitaire and Trevo, work.

"The new stent-trievers act as a temporary stent, not unlike a coronary stent and are opened temporarily within the clot within a [blocked] cerebral artery," said Dr. David Langer, a neurosurgeon at the Cushing Neuroscience Institute in Manhasset, N.Y. "This device restores flow by creating a channel within the vessel [opening] while also expanding into the clot itself, which hopefully is captured as the stent is pulled back."

One study was led by Dr. Jeffrey Saver of the UCLA Stroke Center. It compared the performance of the older Merci retriever to the Solitaire version. The randomized trial of 113 patients found that patient outcomes were much better among those treated with the Solitaire device.

The second study, led by Raul Nogueira of the Marcus Stroke and Neuroscience Center in Atlanta, compared the Merci retriever against the Trevo device. The chance of having a fully independent life after a stroke was 40 percent for patients treated with Trevo and 22 percent for those treated with Merci, the study found.

Compared to Merci, both the Trevo and Solitaire devices were much better at restoring blood flow in affected arteries and have a similar or better safety profile.

The studies show "a significant benefit of these stent-trievers" over that of the Merci device, Langer said.

"These new devices may represent a major advance" in restoring blood flow to stroke patients, he said, "thus improving outcomes in treating these critically ill patients."

The studies were published online Aug. 26 in the journal The Lancet, and were also presented at this week's European Society of Cardiology Congress, in Munich, Germany.

Both Trevo and Solitaire have been approved for use in the Unite States and Europe. The findings, if confirmed by further studies, suggest that the devices could lead to significant improvements for stroke patients for whom clot-busting drug treatment is ineffective.

The U.S. National Institute of Neurological Disorders and Stroke has more about stroke.