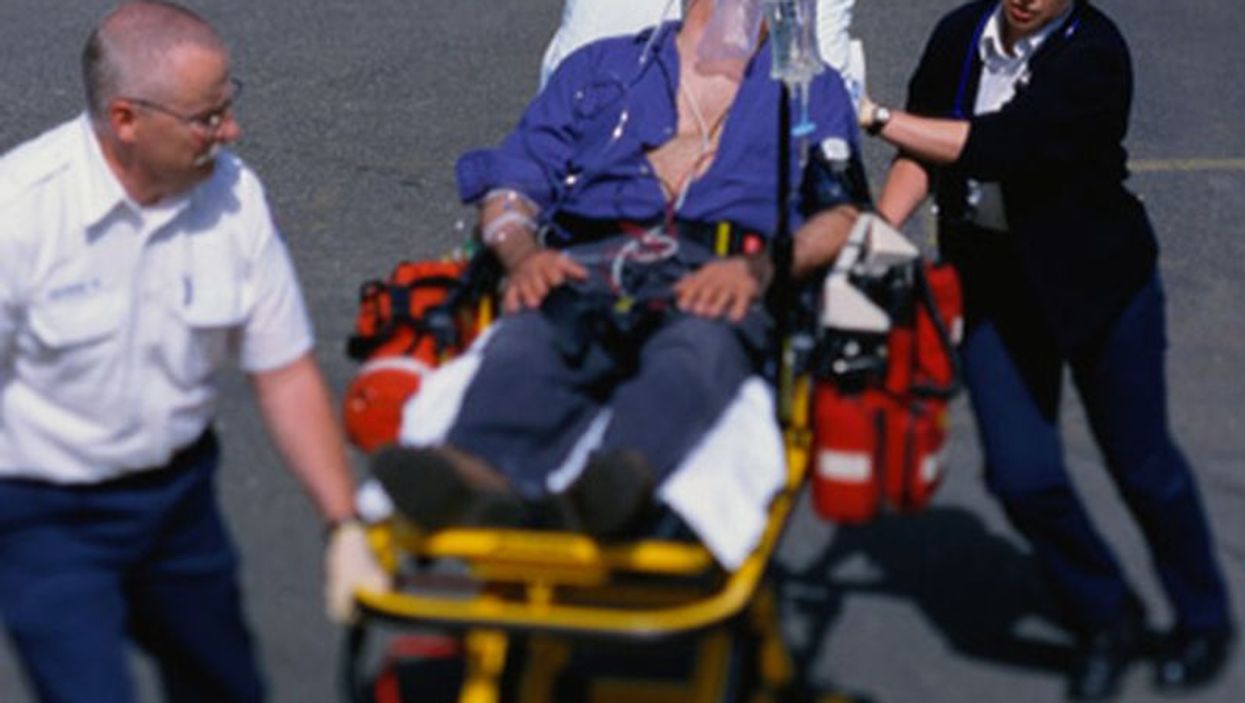 For the study, researchers examined nationwide availability of endovascular thrombectomy -- removal of a blood clot with a mechanical device that's threaded through an artery.

It improves patients' outcomes if it's performed within 24 hours of a stroke, according to the study authors.

The investigators found that just under 20% of Americans are within 15 minutes, by ambulance, of a stroke center capable of performing endovascular thrombectomy. Thirty percent are within 30 minutes.

"This is a significant unmet need in stroke care, as the majority of stroke patients may not have a timely access to thrombectomy, a highly effective treatment," said study lead author Dr. Amrou Sarraj. He's an associate professor of neurology at University of Texas Health Science Center at Houston (UTHealth).

One way -- dubbed the "flipping model" -- would equip 10% of hospitals within a geographic area to do the procedure. A second way -- called the "bypass model" -- would transport patients directly to hospitals equipped for the procedure instead of elsewhere, but only if rerouting would take less than 15 minutes.

The study estimated that the bypass model would improve access by nearly 17%. That means about 51.7 million more people could have an endovascular thrombectomy procedure in a timely manner, according to the study authors.

This approach is also easier and more cost-effective to implement, the researchers added.

The flipping model would improve 15-minute access by 7.5%, and would work best in areas where other stroke care resources are more plentiful, according to the study published online recently in the journal Stroke.

"While each approach has pros and cons, both strategies represent a tremendous opportunity to improve the current access to thrombectomy, which would result in significant stroke care improvement," said Sarraj, of UTHealth Institute for Stroke and Cerebrovascular Disease.

While randomized trials of emergency stroke treatment are ongoing, some states have already passed laws for bypassing hospitals that lack thrombectomy services, he noted.

"Having more neuro-interventionalists trained and hospitals with the capability to perform thrombectomy would also help increase access," Sarraj said in a university news release. "We hope to see more happening on both fronts in the near future to improve stroke care."

The American Stroke Association has more on stroke treatment.