See What HealthDay Can Do For You
Contact Us
November 17, 2009

Finding suggests atherosclerosis is as old as the pyramids, and not an ill of the modern world 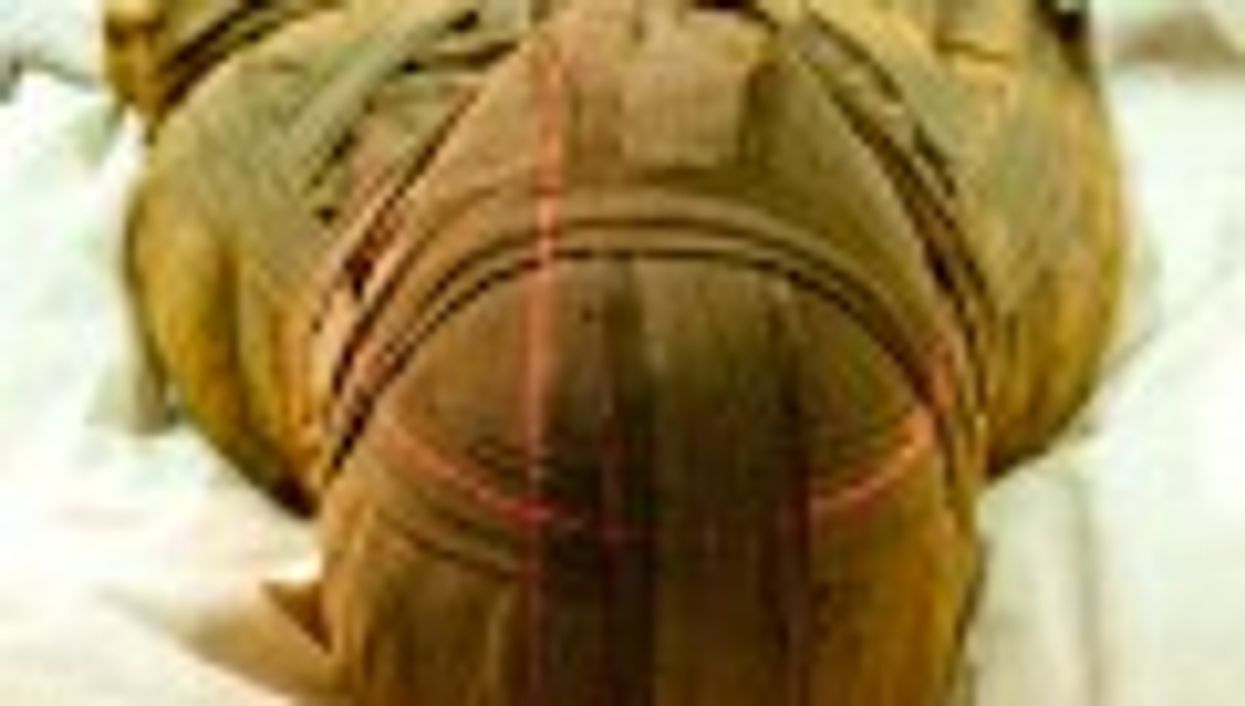 TUESDAY, Nov. 17, 2009 (HealthDay News) -- Hardening of the arteries may have more of a family history -- the human family tree -- than was once thought.

Modern-day imaging techniques have unearthed hardening of the arteries -- or atherosclerosis, which causes heart attacks and stroke -- in mummies up to 3,500 years old.

Experts have long believed that atherosclerosis is a scourge of modern society, caused by meals snatched at fast-food restaurants and eaten in front of high-definition TVs.

"Perhaps atherosclerosis has been around a lot longer than we think. It might have been a malady affecting man long-term," said Dr. Clyde Yancy, president of the American Heart Association. "It doesn't necessarily change anything we know or do now, but perhaps some of the accoutrements of civilization are not only unhealthy now, they were also unhealthy then."

The unusual findings were presented Tuesday at the American Heart Association's annual meeting in Orlando, Fla., and published simultaneously in the Nov. 18 issue of the Journal of the American Medical Association.

"We can't say that atherosclerosis was the cause of death, but the simple fact that they had it was a great surprise to us," said study co-author Dr. Samuel Wann, chairman of the department of cardiovascular medicine at the Wisconsin Heart Hospital in Wauwatosa. "We thought it was a disease of McDonald's. We had this vision of people 3,000 and 4,000 years ago being more pure, free-living and not subject to the evils of modern civilization, but this has been going on for a long time."

The research started when two physicians, one American and one Egyptian, saw a sign on a mummy at the Museum of Egyptian Antiquities in Cairo, saying that the pharaoh on display had atherosclerosis.

"How did they know?" the doctors wondered. Before getting a grant to carry out the research, none of the scientific team members thought the mummies would have atherosclerosis.

Twenty-two mummies were selected for CT (computed tomography) imaging scans on a machine kept in a truck behind the museum but seldom used. Those chosen had withstood the ravages of time better than most.

"The state of preservation of some of the bodies was superb," said Dr. Randall C. Thompson, second author of the study, who's with the Mid-America Heart Institute in Kansas City, Mo. "There were parts of the cardiovascular system that were intact amazingly well, and on the CT scan we could tell these were arteries, heart, cardiovascular tissue -- even on mummies 3,000 or 3,500 years old. Atherosclerosis looked just like it does in modern patients."

Definite or probable atherosclerosis was found in nine of the 22 mummies, and was more common (present in seven of eight) in older mummies -- that is, mummies thought to have been 45 years or older when they died, the researchers said.

Fourteen of the mummies were members of the aristocracy or the royal household, including Lady Rai, nursemaid to Queen Nefertari, along with priests or priestesses and one soldier, the researchers said.

"We have every reason to believe the others were wealthy individuals as well because of the cost of mummification," Thompson said. "In upper-class older and middle-age Egyptians, atherosclerosis was not uncommon."

Ancient Egyptians didn't smoke tobacco, eat processed foods or skimp on exercise as far as anyone knows, but they did farm and eat protein.

"They did eat animals. Drawings on the tomb showed they ate ducks and sheep and particularly salted fish," Wann explained. Hieroglyphics have also depicted what might be chest pain from a heart attack, the authors said.

The salt component of the diet may have resulted in high blood pressure, but that is only speculative, Thompson said.

One mummy had calcification at the base of the heart that some researchers thought might be indicative of a heart attack.

The investigators weren't able to tell if the mummies were obese or had diabetes.

"This gives us insights into the relative importance of risk factors versus genetics," Thompson said. "I use this information to give my patients hope. A lot of my patients have a certain denial. Why did this happen to me? Others have a sense of guilt or blaming family members, but this disease has been around since before the time of Moses. It's older than the pyramids, and I think this knowledge helps patients get past the guilt and denial so they begin the healing process."

Learn more about mummies at the Smithsonian Institution.