When Oxygen Runs Low, the Naked Mole-Rat Finds a Way 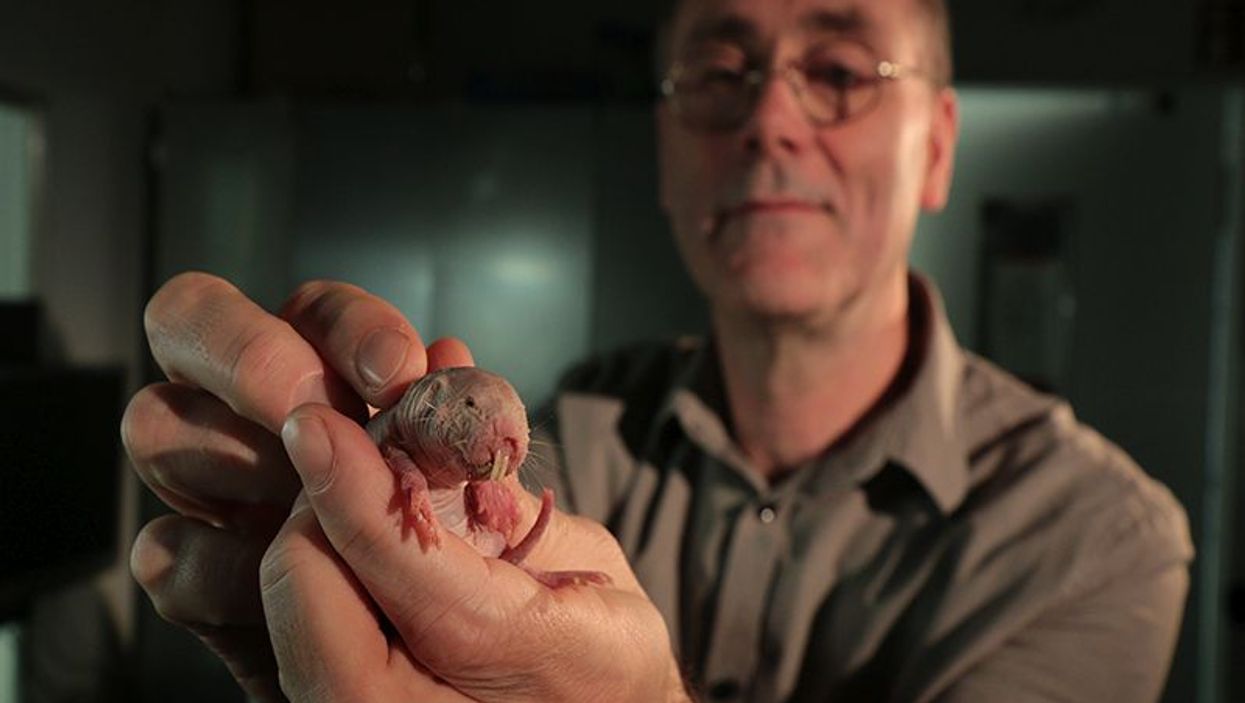 THURSDAY, April 20, 2017 (HealthDay News) -- When brain cells are starved of oxygen, people and all other mammals run out of energy and begin to die.

Not so for a hairless, underground rodent called the naked mole-rat. It survives low-oxygen conditions because its brain cells switch from using glucose as fuel to fructose -- a process that is typically found in plants, not animals.

Scientists believe their new findings could someday lead to new treatments for people who have a heart attack or stroke.

"This is just the latest remarkable discovery about the naked mole-rat -- a cold-blooded mammal that lives decades longer than other rodents, rarely gets cancer and doesn't feel many types of pain," said the study's leader, Thomas Park. He is a professor of biological sciences at the University of Illinois at Chicago.

The naked mole-rat is native to Africa and lives in extensive underground burrows. In the latest research on these remarkable creatures, Park and his colleagues found that naked mole-rats can survive for at least five hours at low-oxygen conditions that would kill people within minutes.

The animals do this by releasing large amounts of fructose into their bloodstream if they become deprived of oxygen. Molecular fructose "pumps" -- which are typically only found in the intestines, not the brains, of other mammals -- carry this fructose to their brain cells.

In essence, "the naked mole-rat has simply rearranged some basic building-blocks of metabolism to make it super-tolerant to low-oxygen conditions," Park explained in a university news release.

The mole-rats also conserve energy by moving less, and slowing their pulse and breathing rate, the study showed.

And when oxygen levels run low in their burrows, the mole-rats use fructose until oxygen levels rise again -- a back-up plan that isn't used by any other known mammals, the researchers said.

Mole-rats are also protected from pulmonary edema, a dangerous buildup of fluid in the lungs that occurs when people are deprived of oxygen at high altitudes. Scientists speculate these mammals adapted to living in overcrowded, low-oxygen underground burrows.

All of this might have implications for human health, added study co-researcher Gary Lewin, a researcher at the Max Delbruck Center for Molecular Medicine in the Helmholtz Association, in Berlin, Germany.

In the future, by tweaking some genes, it theoretically might be possible for humans to gain the "back-up" plan already employed by the naked mole-rat in periods when oxygen runs low, Lewin said.

The report was published April 20 in Science.

The U.S. National Library of Medicine has more about oxygen deprivation.