'Masked' hypertension doesn't show up in a doctor's office, so home monitoring is needed, researchers say 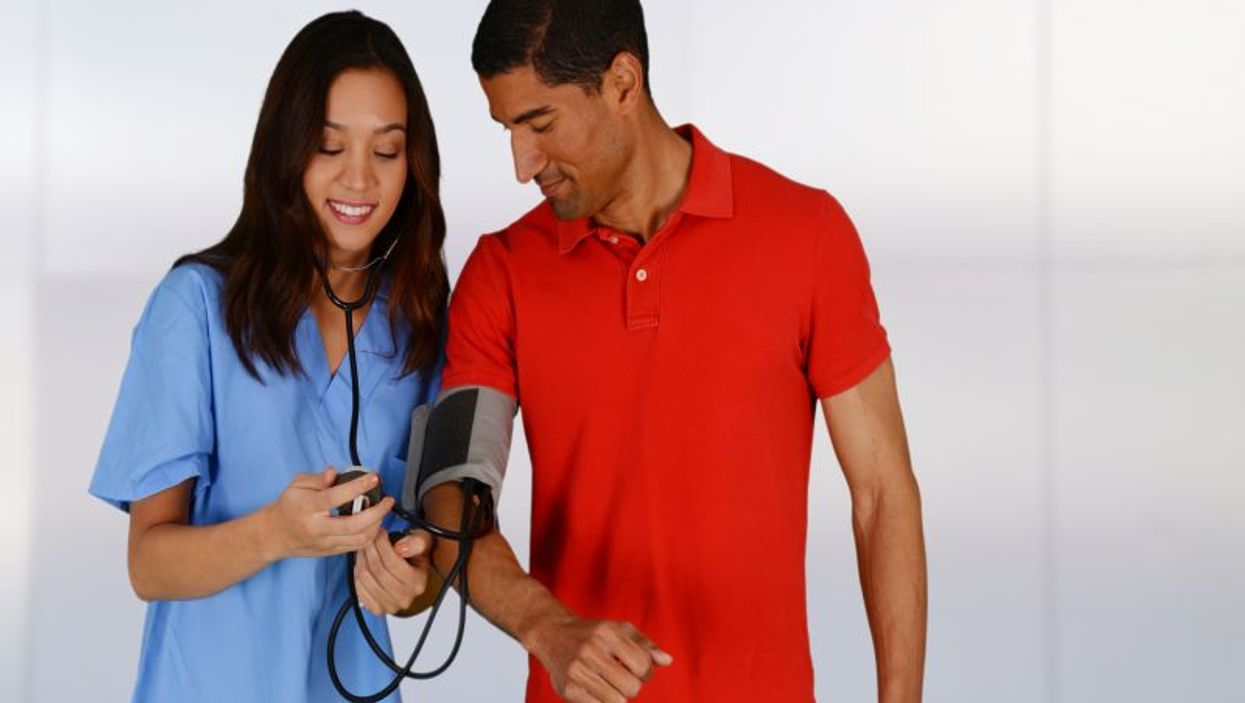 THURSDAY, Jan. 19, 2017 (HealthDay News) -- You get your blood pressure checked at your doctor's office, and it reads in the normal range. You're fine, right?

Well, maybe not. A new study suggests that 17 million American adults may have what doctors call "masked" hypertension -- blood pressure that tends to be higher outside of the medical clinic environment.

"It can manifest itself as a normal physician's office blood pressure and elevated home blood pressure," explained Dr. Kevin Marzo, a heart specialist who reviewed the findings.

The best way to spot masked hypertension is "either with self-monitoring or an ambulatory [wearable] blood pressure monitor that a physician has a patient wear for 24 hours," said Marzo. He's chief of cardiology at Winthrop-University Hospital in Mineola, N.Y.

But how common is the condition? To find out, a team led by Dr. Joseph Schwartz of Stony Brook University in Stony Brook, N.Y., analyzed its own database as well as data from a national U.S. government survey on nutrition and health.

Based on the analysis, the researchers estimated that just over 12 percent of Americans over the age of 21 have masked hypertension. That translates into about one in every eight people -- or 17.1 million Americans, Schwartz's team said.

Masked hypertension was typically more common among males than females. Having diabetes raised the odds for the condition, and so did advancing age, the research showed.

Dr. Rajiv Jauhar is chief of cardiology at North Shore University Hospital in Manhasset, N.Y. He called the study "important," because it shows the extent of masked hypertension in the population.

In general, Jauhar said, "we are not adequately treating or educating these patients to the risks of hypertension. They are not being treated with the right drugs or taught about the importance of a low-salt diet."

The findings were published Jan. 18 in the American Journal of Epidemiology.

The American Heart Association has more on high blood pressure.