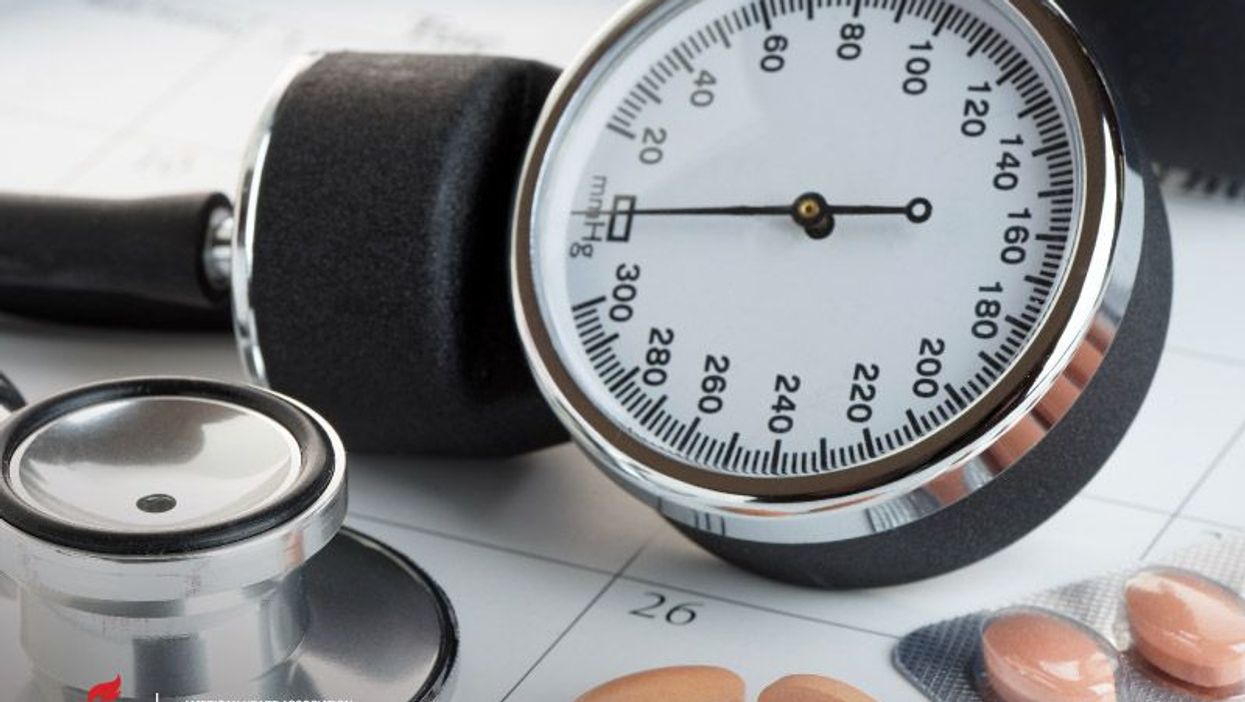 MONDAY, Sept. 10, 2018 (American Heart Association) -- For about one in five people with what appears to be hard-to-treat, or resistant, high blood pressure, they simply aren't taking prescribed medications, new research suggests.

Drug-resistant hypertension appears to be on the rise and occurs when blood pressure remains above normal even after the patient has been put on three or more blood pressure medications. High blood pressure is a well-known risk factor for heart attacks, strokes, kidney disease and other chronic conditions.

It's called a "direct observational therapy" approach, said Dr. Swapnil Hiremath, one of the study's researchers and an associate professor of medicine at the University of Ottawa in Canada. A group of 48 patients with suspected resistant hypertension who said they were taking their medications -- claims backed up by pharmacy records -- came into the clinic, where health care providers watched them take their blood pressure medications. Patients' blood pressure levels were monitored until the medications took effect. And the patients were sent home with 24-hour wearable blood pressure monitors.

When patients came back into the clinic the next day, 10 of the 48 patients had blood pressure that had dropped below the target goal.

"That was sort of dramatic for us, the significant change in blood pressure. All we did was watch people take their medications," Hiremath said.

Patients visited the clinic a month later for a regular blood pressure check without direct observational therapy, and nine additional patients had their blood pressure under control.

The study didn't look at why patients weren't taking their pills, but Hiremath said common reasons for non-adherence include side effects and a lack of awareness about the need to take medicine for a chronic condition that has no symptoms. Hiremath noted that's where high blood pressure gets its nickname: "Hence, 'the silent killer,' " he said.

Doctors need to know whether patients have true resistant hypertension so that they intensify treatment only if it's actually needed, said Dr. Robert M. Carey, a professor of medicine at the University of Virginia who helped write the latest high blood pressure guidelines from the AHA and American College of Cardiology.

He said the new findings confirm what other studies have shown about how often patients with high blood pressure don't take their medications.

Uncontrolled blood pressure, additional tests and changes in drug treatment can be detrimental to patients' health, time-consuming for providers and costly for health care, said Carey, adding that the ultimate solution isn't going to be looking over patients' shoulders every day to make sure they're following doctor's orders.

Hiremath said, "What happens next is old-fashioned medicine: You sit down with the patient and figure out what's going on." Are they taking their medications, and if not, why not?

"This may be all you need to do. What we're talking about is not rocket science," he said.