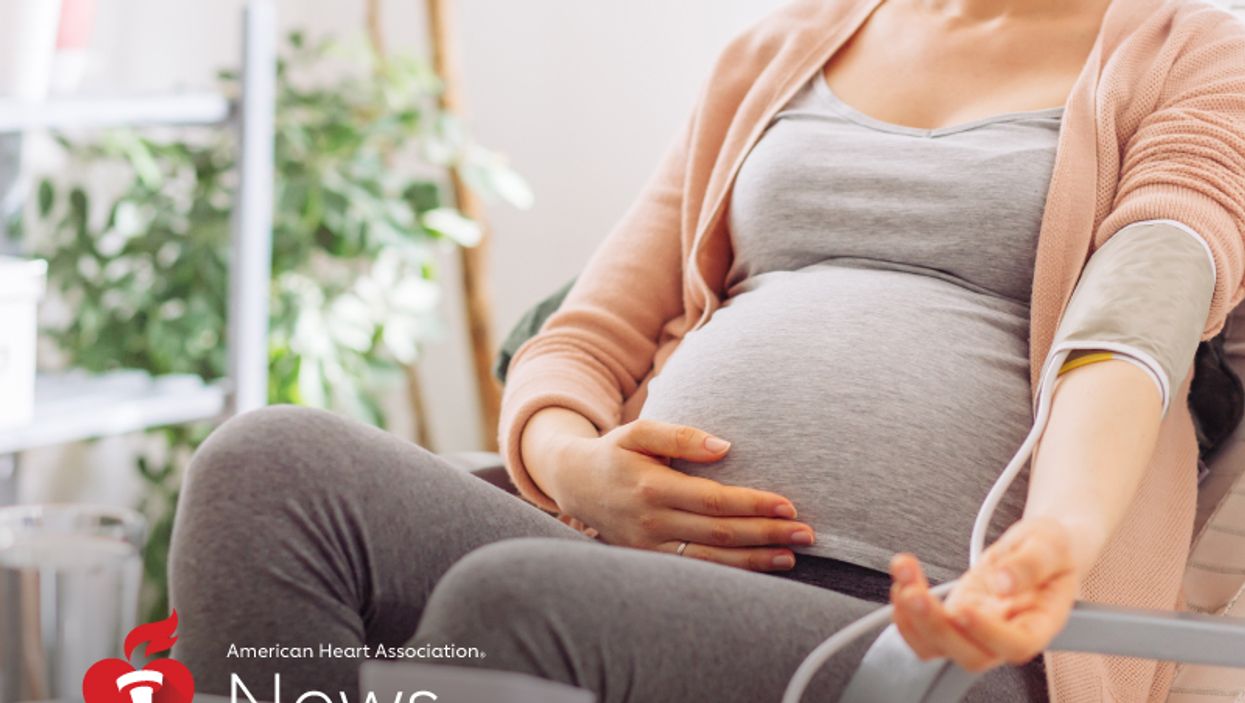 MONDAY, Sept. 30, 2019 (American Heart Association News) -- Women who have complications during their first pregnancy are more likely to develop high blood pressure within seven years, according to new research.

The study, published Monday in the Journal of the American Heart Association, looked into whether problems during first pregnancies such as early deliveries, smaller-than-average babies, stillbirths and preeclampsia might lead to future cardiovascular issues such as high blood pressure.

"One takeaway of the study is that pregnancy is an early stress test for women," said the study's lead author David Haas. "If complications develop in that pregnancy, it may herald future health issues."

Haas, an OB-GYN and a professor at Indiana University School of Medicine in Indianapolis, called for doctors to focus on getting detailed histories of their patients' pregnancies and discussing it with them.

"Health care providers – particularly primary care providers – need to ask women an extra layer of questions about what happened during their pregnancies," he said. "A lot of doctors haven't been trained to ask those questions because we didn't have these relationships established before."

He called the study results "a wake-up call" for women who had pregnancy complications.

"Even if you're otherwise healthy, the message is to get your annual exam and watch your blood pressure, your weight and your metabolic status. Routine primary care is still very important."

Haas said he and his colleagues are examining the study data to see if pregnancy complications raise the risk of women developing diabetes. They are also interested in future research on how postpartum cardiovascular risks might be lessened by diet, exercise, medications and breastfeeding.

Dr. Alisse Hauspurg, who was not involved in the new research, said it was "really important."

"It's a large, well-done study that shows pregnancy outcomes really do have an impact on a woman's future health," said Hauspurg, an assistant professor of obstetrics and gynecology at the Magee-Womens Hospital at the University of Pittsburgh Medical Center in Pennsylvania.

"Previously we had thought, 'OK, these women are at higher risk, but it's when they're 50 or 60 years old.' This study shows us women are developing hypertension at young ages where we can potentially intervene, although we don't really know yet what those interventions should be."

Until scientists pinpoint the best interventions, she said doctors need to be extra vigilant about informing women about their risks.

"I think the study shows that our role as providers – whether it's obstetricians, primary care doctors or cardiologists – is that we should really be counseling our patients in much more detail."