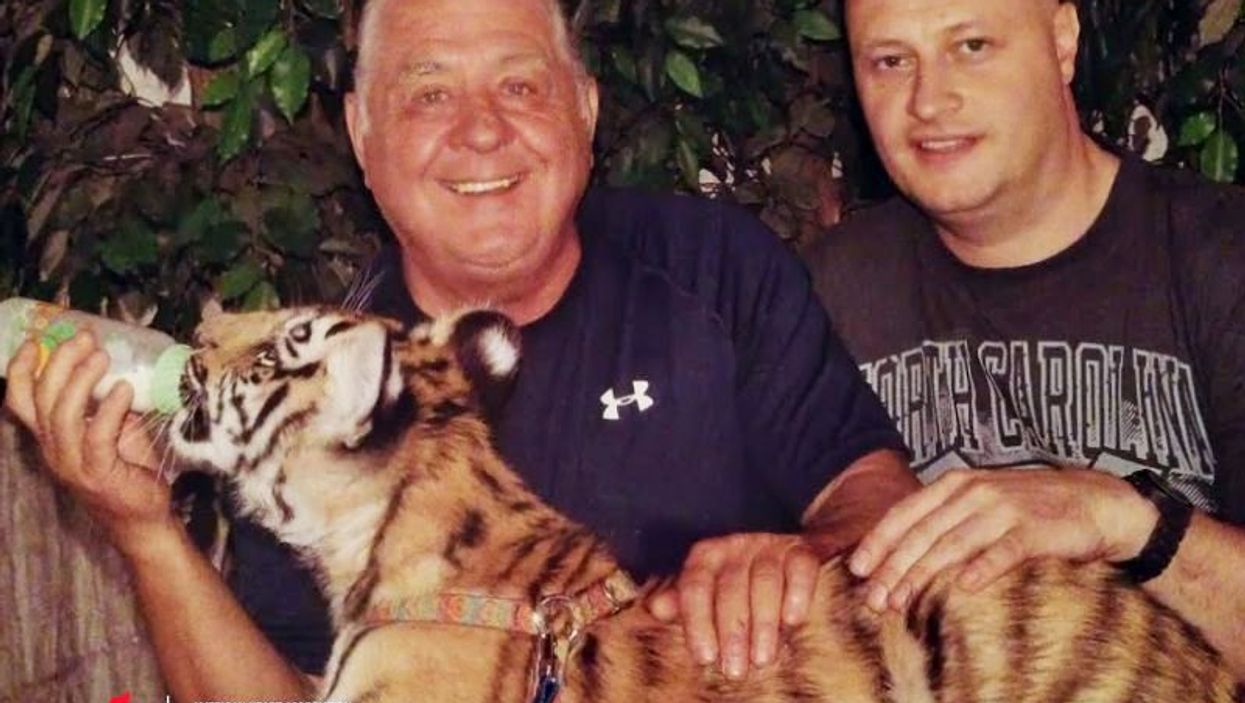 As a teen growing up in Great Britain, he trained as a boxer, gymnast and diver, and earned a silver medal in the 1961 World Student Games, the world's second-largest multi-sport event after the Olympic Games.

He went on to serve as a military pilot before flying for British Airways, eventually settling down to run a golf course in Scotland, walking 36 holes most days.

"It was a whole different lifestyle, and after a few years, I noticed I was getting tired quicker and huffing and panting," said Rapkins, who now lives in Monroe, North Carolina. "I thought it was because I was getting older and driving so much more."

In February of 2017, he finally complained to his doctor about his declining stamina, and testing revealed his breathlessness and fatigue were caused by heart valve disease.

About 2.5 percent of Americans have heart valve disease, which occurs when one or more of the heart valves have been damaged, disrupting blood flow by not opening or closing properly. The condition becomes more prevalent with age, affecting one in 10 people age 75 and older.

Because symptoms such as feeling short of breath and fatigue are vague and can come on slowly, they often aren't noticed, said cardiologist Dr. Vuyisile T. Nkomo, director of the Valvular Heart Disease Clinic at Mayo Clinic in Rochester, Minnesota. Some people, even those with severe valve disease, may have no symptoms, leaving many cases undetected, he said.

"If you find yourself unable to keep up with your peers, then something may be wrong," Nkomo said. "It's not just a normal part of aging."

Although Rapkins had been told two decades earlier that he had a heart murmur -- a sign of heart valve disease -- the diagnosis came as a surprise.

"My doctor told me it wasn't anything I should worry about back then," he said. "I wished I had known it was something I needed to pay attention to."

Rapkins was diagnosed with severe aortic stenosis, a narrowing of the aortic valve opening that restricts blood flow, and one of the most common and most serious valve disease problems.

By August, his symptoms had worsened. He struggled to drag his trash can to the end of the street.

Rapkins shared his symptoms with his daughter, Tina Allenby, a longtime nurse and midwife who lives in England, and she urged him to contact his cardiologist.

Rapkins learned all he could about his condition and the treatment options, including a less invasive procedure called transcatheter aortic valve replacement, or TAVR. In this procedure, a replacement valve is positioned into the aortic valve's place through a catheter in the groin, similar to how stents are placed.

Initially, Rapkins wasn't eligible for TAVR and would need open-heart surgery. That terrified him.

"I wasn't sleeping and had terrible nightmares," he said. "The more I learned about open-heart surgery, the more horrified I became of complications and the pain of recovery."

After consulting with another doctor, Rapkins eventually gained approval for TAVR, undergoing the procedure last December.

"When I woke up, it was like someone flicking a switch," Rapkins said. "I felt energy through my whole body and couldn't wait to get up and do stuff."

A few days later, he was already walking his dogs. Allenby said the change in her father was "startling."

"Within two weeks, he was back to his old self, with much more energy and vigor," she said.

Rapkins, now 76, walks 3 miles a day and swims every other day.

"I should have listened to my body more and talked to my doctor, rather than sitting back and assuming it was just a natural progression of getting old," he said. "It really is a stealthy illness that creeps up on you."